Some months ago, in our feature on the growing body of music dedicated to an awareness of our environment, we included Red List by New York flutist/saxophonist Brian Landrus. To fund this project, Landrus turned to a public campaign via gofundme. We are pleased to report the success of the campaign as the recording is now due for release on June 17th, 2022. 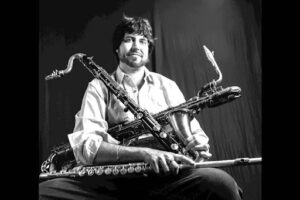 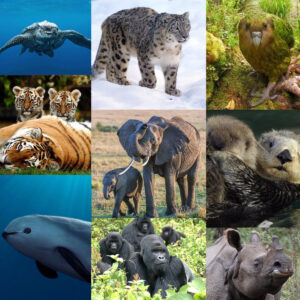 This is Landrus’ 11th album as a leader and second on Palmetto Records. But this music is a departure for him, being dedicated to the preservation of our endangered species. As he wrote in the liner notes: “I recently began researching the many endangered species on our planet. It broke my heart to learn that there are only eight vaquitas, 67 Javan rhinos and fewer than 850 mountain gorillas left on earth. Spreading awareness of this tragic global situation is part of the impetus for this album.”

Hoping that Red List will help to facilitate “critical yet uncomfortable conversations about changing our global habit of destroying nature for our own gain,” Landrus is collaborating with the organization Save The Elephants to sound the alarm.

Landrus’ thoughtful compositions bring attention to the plight of 13 endangered species. (The Red List was compiled by the International Union for Conservation of Nature, the world’s most comprehensive information source on the global extinction risk of animal, fungus and plant species.)

Below is Brian’s composition Nocturnal Flight 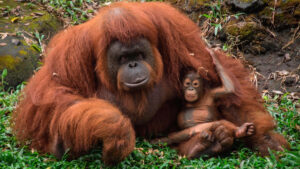 At the Red List sessions, Landrus, who is about to take up his new position at the Berkelee School of Music in Boston, conveyed to the musicians the sense of urgency he was seeking in the music. “I told them that I wanted the energy to be very intense. I wanted it to be like, ‘It’s now or never.’ Instead of it being relaxed, I wanted to transform the anger of the situation into something positive. So my message was: ‘Let’s realize the severity and critical nature of what’s happening and try to convey that in the music.’”

“Moving ahead, I plan on working with different organizations and doing things that are much more important to the world than simply recording another album with great musicians,” Landrus says. “As much as that’s a wonderful thing to do, I feel like I’m at the age that I need to be more aware of our world and the reason to be here—leaving something more than just taking. I want to build awareness of the situation with these creatures. And if it changes a couple of people, then it’s all worth it.”

A more complete review of Red List will appear after its release.

In the meantime, Canopy of Trees, featuring Brian on bass clarinet, has been released as a single.