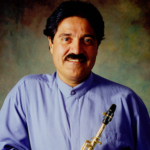 [Editor’s note. The premature passing of Chris Vadala, aside from being a personal loss, left a gap in the Flute Journal list of contributors as we are dedicated to serve woodwind doublers, and Chris’ columns, both those published and more that were to come, make a significant contribution to this area.  We are, therefore, most grateful for a referral we received to one of the few people who have contributed as much, if not more, than anyone in this field — Dr. Ed Joffe. 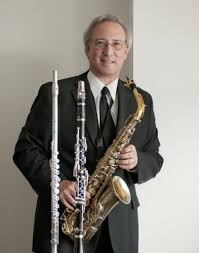 We look forward to some contributions from Dr. Joffe at Flute Journal. Meanwhile, we were happy to feature his CD Contrasts, and now we are delighted to publish a review of his truly unique book on woodwind doubling We are even more pleased that the review is written by a musician who has been exhibiting exemplary woodwind doubling skills for many years, both in the US and the UK,  — Mr. Frank Griffith. His review follows.] 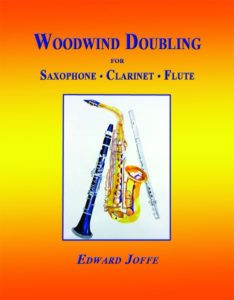 Ed Joffe‘s Woodwind Doubling  for Saxophone, Clarinet and Flute is a unique and groundbreaking book that deals exclusively and fully with this subject. The book cuts no corners in a field that jointly specialises, yet is a common area for so many working woodwind players. Joffe has wisely left out the double-reed woodwinds (oboe, cor anglais, bassoon, etc,) as this would have been well too much to cover in an already hefty tome of 400 pages. There has been extensive research done with a large amount of detail especially on the history of woodwind doubling. The “Recommended” published materials for flute cover a wide array of what is available from beginning to advanced levels.

The many areas that this book covers include Broadway and West End shows, Film Score recordings, Big Band and Small Group Jazz and Commercial Studio sessions. There is a wealth of musical examples provided, all of which are expertly presented, clearly and articulately utilising the latest music software on offer. These include flute parts from Joseph Hadyn‘s Sinfoina No. 24 to Leonard Bernstein‘s  America’s Drugstore from West Side Story (1956) and jazz flautist Hubert Laws‘ iconic improvised solo on his composition Shades of Light (1968). Also, of particular interest  to me were  several score excerpts from jazz composer/arranger Eddie Sauter‘s piece — Big Chief (Science Fiction),  recorded in 1953 by the Sauter-Finegan Orchestra. 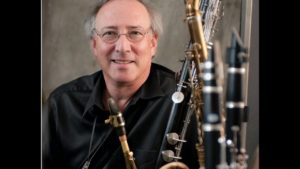 Joffe intelligently and helpfully offers  comments on the challenges of switching rapidly between high note flute sequences to lower clarinet and saxophone parts. He suggests that:  “when switching from a reed instrument back to a flute or piccolo, the player should blow air between the lips in order to help vibrate them, as brass players routinely do. Also, filling the cheeks with air while the lips are held together, and then releasing the air slowly between the lips can promote  a forward, relaxed position.  An alternative technique that can serve the same purpose involves massaging the cheeks in a forward motion from the cheekbones to the lips.” Thanks for this Dr J, and I’ll definitely give it a whirl.

Joffe stresses acquiring performance skills in a variety of styles which is essential advice to a student or working doubler. This is the only way that success, both in working and musical fulfilment, can be achieved. It  should also be noted that Dr Joffe  was head of Woodwind and Jazz Studies at New Jersey City University from 1992-2014,  where he developed and taught  the first ever Master’s Degree Course in Woodwind Doubling. Quite impressive and worthwhile credentials that, no doubt,  contributed to the development of this book. 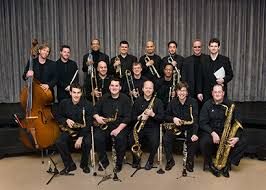 Noted reedist, composer and author Bill Kirchner has the following to say of Joffe. “Dr Edward Joffe‘s Woodwind Doubling is a masterly treatise on the history and techniques of one of the music professions’s least understood aspects. A must for  players and orchestrators”.

My sentiments exactly. If you are a flautist or doubler get yourself a copy if this magnificent  book —sharpish! 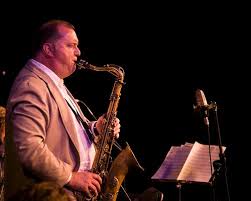 Born in Eugene, Oregon in 1959, Frank Griffith received his Master’s Degree from the Manhattan School of Music. He lived in New York City from 1980-1995, working with such artists as Ron Carter, Jon Hendricks and Jack McDuff. He played lead alto with the Glenn Miller Orchestra for a nationwide tour in 1984. He has also worked with the orchestras of Toshiko Akiyoshi, Mel Lewis, Buddy Rich and Mel Torme. He has recorded with guitarists John Pizzarelli and Dave Stryker.

Frank has taught at the City College of New York, Brunel University and the Jamey Aebersold Summer Jazz Workshops. As a longstanding member of the International Association of Jazz Educators, Frank served on their Resource Team and was a charter member of the UK Jazz Services Ltd Education Advisory Panel.

Ed Joffe‘s Website contains a complete description of Woodwind Doubling  for Saxophone, Clarinet and Flute which is highly recommended by Flute Journal, your editor as well as our reviewer Frank Griffith. As top session player Dick Oates puts it “I feel his recent Woodwind Doubling book is the most comprehensive studies on art of Saxophone, Flute, and Clarinet doubling in existence,” while according to equally distinguished performer Ted Nash it is “the bible for both aspiring and established woodwind players.”