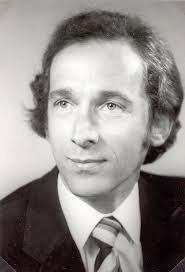 In part 1 of this article, we saw a glimpse of Theobold Böhm’s life as a composer, and explored his output as a composer of original works for flute. These works, collected in a complete edition by Theobald’s descendent, Ludwig, have been made available through the Theobald Böhm Society (http://www.theobald-boehm-archiv-und-wettbewerb.de/). The complete edition also includes a fascinating set of arrangements that Böhm made later in his life, many of which he is thought to have played himself.

The arrangements (28 for flute, of which five are missing, and 26 for alto flute) provide an interesting insight into the musical life at the time; the choice of repertoire gives us an indication of which works may have been popular at the time, and the use of small forces (usually just one or two instruments and piano) hints at the ‘salon music’ style of performance, with keen players performing in their own homes to small gatherings of friends. This style of music-making developed around the growth in popularity of the piano, and compositions were usually short, with a focus on either technique or emotional expression. The use of popular themes, such as operatic arias, was common, and these themes were often incorporated into variations, fantasies or paraphrases.

The choice of repertoire encompasses Bach (Air from the 3rd Orchestral Suite), Beethoven (movements from The Serenade and Piano Concertos), Haydn (Gott erhalte Franz der Kaiser), Mozart (including piano pieces and a movement from the Clarinet Quintet) Rossini (Stabat Mater), Schubert (songs), and others, with appearances from composers who are less well-known today such as Carafa, Chelard, Himmel, and Voglar. The pieces include operatic arias, songs, piano pieces, and chamber works.

Böhm’s earliest arrangements for C flute date from 1851, but most of the works come from the 1870s, when he was nearing the end of his life. The 26 alto flute arrangements were all made in 1858, when he had just invented the instrument.

They are particularly significant in the history of the instrument’s repertoire, since they are almost certainly the first pieces conceived of specifically for the new instrument. He made these arrangements for his own use (he played the alto flute almost exclusively in the later part of his life), and they serve as excellent demonstrations of what Böhm had been aiming for with the alto flute – a rich, deep sound which had potential for emotional expression and had a distinctly different tone from the flute in C. Böhm’s alto flute had a wide bore (26mm), and it may be easily deduced from this that the low register would be stronger than today’s alto flutes, and the high register weaker, with less overall agility and a slower response; however, the handling of the instrument in these arrangements suggests that the early alto flute was less cumbersome than one might think. Böhm does not shy away from use of the high register, instead celebrating its tone quality in lyrical lines (although he rarely goes above high G). Virtuosity also features in Bohm’s writing for the alto flute, with decorative demisemiquavers and ornamentation making frequent appearances, particularly in the arrangements of pieces by Beethoven; rapid semiquaver movement appears frequently, including in both of the transcriptions of Böhm’s own studies from the opus 37 set. These two studies are very enjoyable to play on the alto flute, and are perfect practice material for overcoming air speed issues, particularly in the middle register. Amongst these alto flute arrangements are also several which exploit the instrument’s ability to produce a wide range of tone colours. The Bach Air and Gluck’s “Che faro senza Euridice” from Orfeo are excellent examples of this.

Among the most frequently performed of these arrangements are the three songs from Schubert’s Schwanengesang. Until relatively recently, these were thought to have been the only surviving arrangements, but the complete set was relocated by Ludwig Böhm at the Dayton Miller Collection in Washington DC. The Schubert arrangements had appeared in various published editions in both the USA and UK, and work well either individually or as a set. Here, Böhm embellishes the song melodies with decorative and flowing lines, allowing the alto flute to weave around the piano part with a sense of gentle agility.

True to the Salon Music style, Böhm’s arrangements vary from straight transcriptions of existing works to the use of themes as the basis for additional material, with cadenzas and variations making frequent appearances. Nevertheless, the virtuosity required of the flute player is generally a little simpler than in many of Böhm’s original compositions. There are several possible explanations for this: practical issues relating to the larger size of the alto flute (the flute arrangements came after those for the alto flute, and are often straight transpositions, with many pieces appearing in the lists for both instruments); a preference for more expressive and less technical playing in Böhm’s later life; or indeed a focus on the exploitation of the distinctive tone of Böhm’s C and alto flutes. It can be seen through a survey of his original works that these, too, became less dependent on virtuoso display towards the higher opus numbers, and his last compositions demonstrated the same relative simplicity of many of the arrangements.

The variety contained within this complete edition of Böhm’s works is worthy of exploration; for serious alto flute players, experience of playing the alto flute arrangements is essential in gaining a better understanding of Böhm’s intentions for the instrument, while for C flute players the arrangements give a fresh approach to many well-known works, bringing them into the domain of the flute’s repertoire. Although the peak of salon music is over, arrangements are still frequently performed in flute recitals, and Böhm’s are without doubt worthy of serious consideration. Carla Rees is a British low flutes specialist who has gained an international reputation for her innovative work. She is Artistic Director of rarescale, Programme Director for the British Flute Society and Director of Tetractys Publishing. She is professor of flute at Royal Holloway University and the  London College of Music and teaches composition for the Open College of Arts. Carla plays Kingma System flutes, and has had several hundred works written for her to date. She performs as recitalist and chamber musician, writes articles and reviews for several of the world’s flute magazines and has recorded for Atopos, Metier, Capstone and rarescale records. She also works as a professional photographer. See: www.carlarees.co.uk

A Flute in My Refrigerator Slovenia Flute Festival