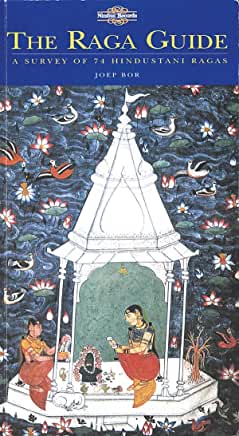 The Raga Guide presents fundamental information about a major world genre in which the flute plays a major role. Studying it brings great benefits, whether or not one intends to master Hindustani Classical Music.

We have covered, and will continue to feature, flute method books of various kinds at Flute Journal. This is an extensive field, forcing us to focus on the highest quality examples of such volumes, including exceptional work on sight reading, jazz, low flutes, tango, the baroque instrument and baroque music on the modern instrument. There is another such book that is, in some ways, even more remarkable and, while it is not exclusively aimed at flutists, the flute plays a central role. It is called  The Raga Guide.

While method books present information and exercises designed to help music students, flutists prominent among them, to improve their technical abilities, The Raga Guide goes further. The book, which includes four CDs, sets out to disclose the inner structure of the Raga, the form which is unique to both North (Hindustani) and South (Carnatic) Indian music, and which remains very difficult to define exactly.

Some of the promotional material for this book comes to our aid:

“Ragas are complex entities. Performers, who have spent many years acquiring their knowledge, often prefer to keep silent, and in any case few have been taught to approach ragas from an analytical point of view. Musicologists, on the other hand, often lack a thorough practical insight into raga music. The authors of this guide are all well-versed in the theory and practice of raga music. Of the hundreds of ragas that exist, the guide surveys seventy-four of the most performed and well-established ones, with specially commissioned recordings by Hariprasad Chaurasia (flute), Buddhadev DasGupta (sarod), Shruti Sadolikar-Katkar (vocal) and Vidyadhar Vyas (vocal). For each raga the guide provides: An analytical and historical description; transcription of the alap (melodic construction) for each raga as performed on the CDs; ascent-descent and melodic outline in both western and Indian notation; Song texts with English translation (for sung ragas).” 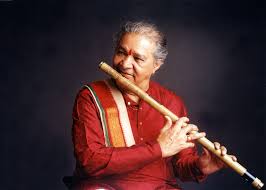 Writing an Amazon review, Karen Karleski goes further. “These four CDs tucked into a meaty, comprehensive book portray and explain the different histories, tonalities, and rhythms of 74 of Hindu’s most common ragas. The raga, a musical form of ancient Hindustani prayer and poetry, has been the cornerstone of Indian music for centuries, evolving into a complex set of expressions inviting improvisation and varying according to purpose, mood, story, and ritual. Stately in their sounds, ragas are most often created with sitar, sarod, tabla, tamboura (or drone), and voice with each note functioning as an evocation of the world’s sanctity. The Raga Guide offers five hours and 15 minutes of stunningly beautiful music, played by masters of the instrument and accompanied by informative description, music transcriptions, and (where applicable) texts with English translations. Lovingly recorded, carefully authored, simply laid out, this wonderful package is the essence of perfection, topped off by exquisite color plates of ragamalas, or paintings depicting the stories of the ragas. A sublime tribute to Indian classical music.” 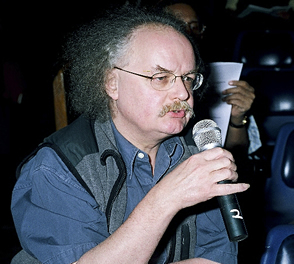 As stated, the four CDs included with the book contain over five hours of music by four highly accomplished artists. These are not complete performances, but demonstrations intended to lay bare the essential elements of each raga in a way that compliments the notated information to reveal its essence. Despite thousands of words written over 150 years, revealing the internal structure of ragas has proven difficult in the past. That this version succeeds where many others have fallen short is a tribute to the editor, Joep Bor who is a professor at Leiden University. He was the founder of the Rotterdam Conservatory World Music Department, and the artistic advisor for the Amsterdam India Festival. He has written extensively on Indian music. His team: Henri Tournier, who was responsible for transcriptions, Lalita du Perron, the song text translations and Robin Broadbank the recordings.

This method book, with its profound insight into one of the world’s major flute traditions, will be essential reading for listeners and conoisseurs, students and scholars. 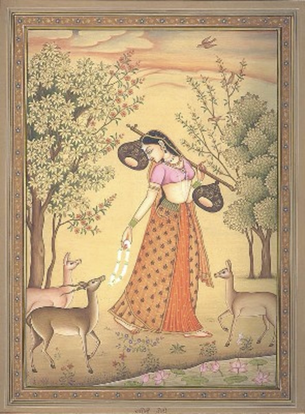