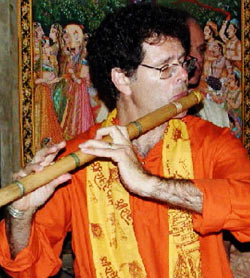 Steve Gorn is an artist whose involvement with the classical music of North India has carried him into genres that both include and go beyond Hindustani music as he attempts to build what amounts to a genre of his own. His two most recent recordings, which illustrate this, have been available for some time but deserve to be much better known.

Introduced early in his career to the bansuri, or Indian bamboo flute, Steve soon found himself in India where he studied under the late bansuri masters Sri Gour Goswami, of Kolkata, and Pandit Raghunath Seth of Mumbai. He also learned with the late maestro of the Rudra Vina, Zia Mohiuddin Dagar (with whom this writer had the privilege of working when Dagarsahib was artist-in residence at the University of Washington, Seattle, 1977-78). 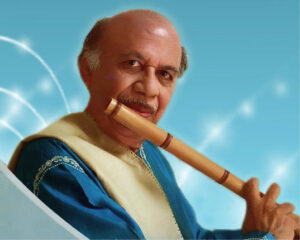 Gorn advanced rapidly under the tutelage of Raghunath Seth, whom he often accompanied in concert. He went on to visit India many times, to perform and record with leading artists and to receive a number of awards. At home, he issued a series of fine recordings such as Luminous Ragas, Pranam, Yantra and Priyagitah The Nightingale which exhibited his skill in performing the ragas of North India.

After some time, however, Gorn began to branch out into into an area closely related to the Hindustani genre yet with a related but slightly different purpose. He began to draw on his interest in contemporary American music while focusing on the needs of those wishing to use music to support them in the practice of Yoga and other contemplative techniques. The result has been many broadcasts and concerts and some recordings that reflect these interests. 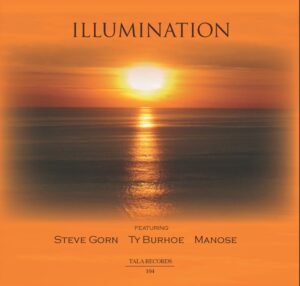 The first of these, issued in 2010, was entitled Illumination and features Steve Gorn on bansuri with Manose — Manose Singh* from Nepal — also on bansuri, and Ty Burhoe on tabla, percussion, keyboards and voice. It carries the dedication Music dedicated to healing and kindness.

While the ragas are not identified by name, this is still North Indian music, in the form of jugalbandi, or duo, between two bansuri artists, with traditional tabla accompaniment, particularly track 1, Rising Sun, track 3, Radiant Heart, and track 5, Opening to Grace. Track 2, Inner Flame consists of one alap section, or raga prelude, while track 4, Illumination, incorporates a background keyboard ‘wash’ of sound.

Overall, the selections, aimed at producing a sense of healing and kindness, while not pure Hindustani music, do not stray far from that genre. This is not surprising. While providing a brilliant foundation, the raga tradition of North India is an influence from which it is not easy to escape. It is not easy to do what Gorn describes in the notes of his 2016 recording, Between Two Worlds, as “. . . to be in service of classical form, yet free to find my authentic voice.” To attempt this, Gorn moves in several directions. On two of the tracks, he returns to the bansuri to perform traditional Hindustani ragas, Basant Mukhari (track 2) and Jaijaivanti (track 6). In each case, he plays bansuri with just tambura, or drown, accompaniment, so he can essentially perform only the alap section. He also does not consider the performance time requirement of these ragas. Jaijaivanti should be performed late at night, between midnight and 3pm, so it sounded slightly out of place when I played it at 9:15pm, UK time. Basant is intended for the Spring season and I was fortunate to play it on March 21st., one day past the Spring Equinox, rendering it quite perfect. I would not be so sure about it in November. 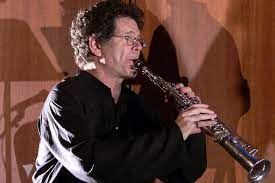 Apart from these tracks, Steve Gorn has taken a different direction. In a throwback to the earlier years of his career, he has picked up the clarinet again and, on one track, the soprano saxophone, performing melodic lines over electronic drones, gongs and what sounds like birdsong. Gorn states that he was inspired to revisit these instruments after hearing the Armenian duduk. That allows me to introduce Flute Journal readers to that extraordinary instrument, introduced to me by Alan Hovhaness. (See below.) The melodic lines brought to the clarinet by the duduk benefit it greatly, and Gorn does render considerable magic from it. But the clarinet simply cannot compete with the absolutely sumptuous sound of the duduk. Perhaps Steve should consider taking it on?

These are interesting recordings and Steve Gorn is on an interesting quest. But I fear for him. The history of the various attempts to blend Hindustani ragas with Western genres is not a happy one. Jazz has had some success joining forces with Carnatic music but the alap, so essential in the Northern style, does not work well with the rhythmic requirements of jazz. And as for the duduk . . . see below.

I have great respect for these recordings, but if you wish to add Steve Gorn to your collection, and you absolutely should, (we hope to offer his entire oeuvre on our forthcoming streaming service), Luminous Ragas is still available. Start with that.