Slovenia Flute Festival
November 16, 2014 (No Comments) by Peter Westbrook
[Editor’s note: There has been some delay in reporting this event, but communications have been difficult. Nevertheless, the festival was a great success and I think it is worth seeing the report by the festival’s board of directors.] 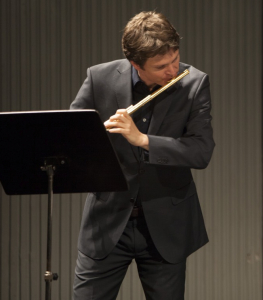 On May 17-18, 2014 in Zagorje ob Savi, we celebrated the 10th jubilee Slovenian Flute Festival, organized by the local group of professional and amateur flutists and other musicians, and featuring top international flutists from all over the world. Our featured guests were Sir James and Lady Jeanne Galway who, with their Gala Concert, impressed a completely full Grand hall at the venue of the Festival in Zagorje ob Savi.

The festival opened with Austrian flutist Karl-Heinz Schütz principal flutist of the Vienna Philharmonic Orchestra and the Vienna State Opera Orchestra, followed by Guoliang Han of the China National Symphony Orchestra, and Mina Ghobrial who presented his beatbox skills as well as the work of Egyptian composers. Several Slovenian flutists presented pieces by Slovenian composers.

On Sunday morning it was a great privilege to hear the winner of the Saverino Gazzeloni International Flute Competition winner Sunghyun Cho, who gave an exceptional performance. 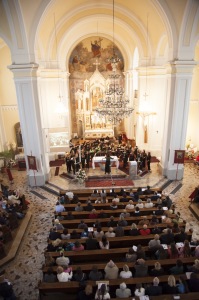 Kersten McCall, principal flute of the Royal Concertgebouw Orchestra Cassandra’s showed us exquisite playing with a superb rendering of Cassandra’s Dream Song by Brian Ferneyhough. The Zagorje ob Savi Music School Flute Orchestra performed at the local church where they were also joined by the soprano Mojca Bitenc for Bellini‘s Casta Diva, and choir for Verdi‘s Va Pensiero and Mozart’s Ave Verum.

The closing concert was more relaxed, for which Trevor Wye was “responsible”, as he presented his Carnival of Venice (50 variations on 60 flutes). This was a real joy to listen to and to see, especially for the kids.

During the festival we had a presentation of  Theobald Boehm’s life in pictures by his grand-grand son Ludwig Boehm. The lecture was well attended with about 150 listeners. After it, Dorotea Senica played Andante Pastorale, opus 31 and Rondo à la Tarantella, opus 34, by Theobald Böhm. Herr Boehm also sent us his impressions of the event: 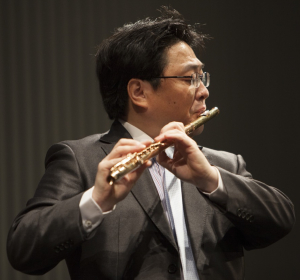 “After the flight over the Alps, I had was expecting warm Mediterranean weather, but instead the barbecue welcoming the performing guests in the garden of a beautiful country-house was flooded. Because of permanent rain and floodings in Serbia, many guests could not travel.

“The concert room was exactly the right size for the more than 300 participants and the programme of the festival was completely to my taste. There was always only one event at one time, all musicians played to a full room and I did not meet anyone who was not filled with enthusiasm about the festival.

“For the performing artists there was, besides the barbecue, a supper after the evening concerts which offered sufficient opportunity for making each other’s acquaintanceship. If I speak with the musicians I feel the wish also to attend their events and so I listened to everything with one exception. It should not neglect to mentioned the perfect transportation to and from the airport and, daily, from the hotel to the concert room and back. 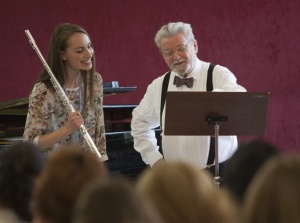 Trevor Wye also had some comments:

“This Festival took place last weekend in Zagorje, about 40 miles from Ljubljiana in Slovenia and was a model of how a Festival should be run.

“The soloists were met at the airport and taken to their hotels. The hall had excellent acoustics, the piano was a fine Steinway and the other halls for classes were also ideal for their purpose. The staff were always helpful and kind and each evening, the soloists were wined and dined royally. The programme contained a wide range of both styles and flutes.” Trevor Wye

For more information about the festival see: www.slo-flute-festival.org

For a five minute video of Sir James Galway’s impression of the festival go to:

The Report was submitted by the Festival Board of Directors