The Flute in Cuban Charanga by Jessica Valiente -Revisited,
April 25, 2022 (No Comments) by Ganved14 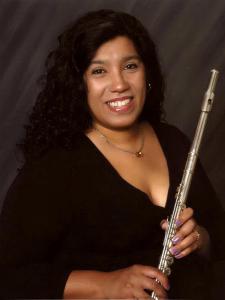 Of interest to many flutists working in charanga is the kind of flute that is commonly associated with the genre. For those who are not familiar with the term, a charanga is a Cuban dance-music ensemble featuring the flute, with a history that reaches back 100 years and which has achieved international popularity beginning in the 1950’s.

International Flute Journal Assistant Editor Jessica Valiente has studied charanga for many years. She will soon publish a charanga method book for flute players. In 2016 she submitted an extensive article on the subject entitled: The 19th-Century French Five-Key Flute and the Modern Boehm-System Flute in Cuban Charanga. The article was read by over 6,000 people worldwide and Jessica received considerable feedback. Based on this, plus further research, including the work of Anthony Kohiba Rivera, Dr. Valiente has rewritten the article which we have now published again.