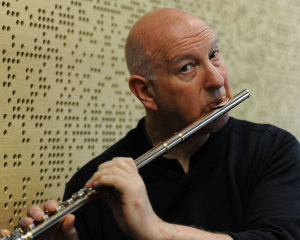 Improvisation is a very personal thing. It is an accumulation of your musical tastes, comprehension of technique and harmonies, and many other factors. It can delight and amaze listeners, and can indicate the development of the performer over time. This is what Paul Cheneour aims to demonstrate in this series of albums.

Way of Waiting, Way of Being, and Green are the second chapter of a 20 year project which, in Cheneour’s own words, is a means of “discovering how [his] creative process, techniques and music develop and evolve.” He aims to have a third instalment in another 20 years’ time. Every CD in this project is entirely comprised of improvisations. These three in particular, two of solo flute (recorded in a squash court) and one of flute with piano, have imagery associated with each track. They were recorded with no second takes or editing. 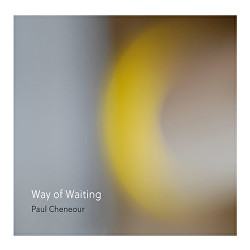 Paul Cheneour provides word pictures for each track in the discography section of his website. These provide insight into the inspiration behind each track, and will enhance your enjoyment of the interpretation; my personal favourite is “We’re sleepwalking our way towards//Bullshit Bingo!” No matter which flute he is playing, it is his distinctly ‘Cheneour’ sound, with its gorgeous tone, open vibrato, and seamless technique which shines through. He also knows exactly how often to use extended techniques to make each instance special and memorable. His ability to connect his voice to the tone of the flute to become one instrument is particularly remarkable, and he utilises circular breathing in a way that can only be described as masterful.

The first thing to take note of is the sheer number of tracks on this CD – an ambitious 20 individual improvisations associated with word pictures. The first half of the album ranges from the rhythmic, deliberate, fluttering quality of There is a Fragrant Passion (bass flute) to the authentic, lively dancing of Freezing Sunrise on the Chinese flute. Despite his control and variation within each work, a sense of familiarity emerges over the body of the album. His quintessential ‘Cheneour’ sound could at times venture towards more ugly and distorted tones to create further contrast between individual pieces.

While each track is accomplished and masterful, there is not always a clear connection between the artist’s word pictures and the end result. Repeating patterns emerge and create a sense of déjà vu as you move through the various tracks. This is perhaps influenced by the self-imposed time constraints within which he has improvised the full album.

Way of Being: Paul Cheneour – variety of solo flutes 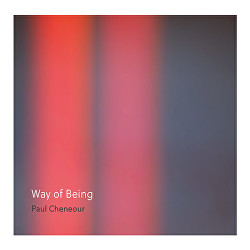 The second album of this set, Way of Being, follows the same format as its predecessor. On his website, Cheneour describes his intent to “express a more reflective contemplation and subtle sense of the moment in which they were created”. While there are indeed tracks that represent stylistic changes not seen in the first instalment, this set of improvisations has a distinct sense of continuity: for instance, track 3, Way of Being on bass flute, begins with a dark and rugged character, incorporating flutter tonguing into rhythmic motifs. While this is one of my personal favourites, the connection to the word picture is sometimes lost in the display of virtuosity across the range of the flute, typical of many of the tracks in Way of Waiting.

The moment one truly feels a departure from the previous improvisations is in the fifth piece, Fana, on C flute. Here, Cheneour creates a classical, borderline romantic minuet, during which the listener can easily imagine orchestral accompaniment. To hear it, any flutist would want a copy so they themselves could play this work. It is a greatly contrasting style to any of the previous recordings, and is well married to the associated word picture:

This much-awaited departure from the first disc continues into the next work, Call Me Again (piccolo). Once again connecting with the associated poem, the piccolo perfectly characterises the birds described, and Paul’s low voice singing along with the high, pure tone of this instrument is a perfect portrayal of communication between the two characters in the corresponding imagery.

Way of Being is, like the previous album, a marked accomplishment. 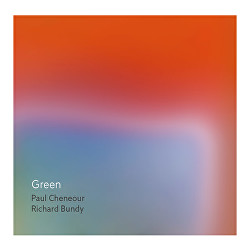 This is the album that needs to be listened to by any and every musician who has ever dreamed of becoming a master of improvisation.

With the presence of another instrument in the mix, a clear structure is in place so that every possible colour, harmonic inflection, and technique can be explored without departing from the base atmosphere of the work. The mutual development through harmony and motifs is the very definition of chamber music.

Richard Bundy proves to be a perfect companion to Cheneour’s virtuosity and exploration, as he goes from strumming and pounding the strings, to traditionally jazzy harmonies, to turning the piano into a drum kit. From the very opening of this album, Bundy draws from the piano a tone similar to plucked harmonics on the guitar, then the luscious harmonies and intertwining of the flute and piano in the second piece, and beyond. 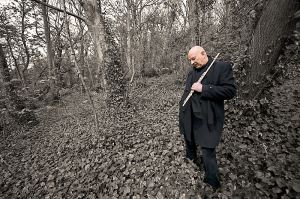 In Cork Tree, one can hear a strong likeness to Bartok’s Suite Paysanne Hongroise with the bass line of the piano, falling intervals in Bundy’s right hand, and the colour of the flute floating along the top. This is yet another instance of the amalgamation of every musical experience one has ever had taking part in their own creations.

With Bundy thrown into the mix, Cheneour has the opportunities for pre-emptive and reactionary explorations in which he may potentially break from the character of the piece, instead of being left to run through the full range of the flute. Green highlights the differences in the organic process of creation. In this album, we experience a musical conversation between two artists, where Cheneour, on his own in the reverberant setting of the squash court, presents a more introspective voicing in his improvisations.

The mastering and conditions created a few issues, however. At the opening of their third track, Cork Tree, the creaking of the piano’s pedal becomes a distraction. Shortly after, you can clearly hear an iPhone’s bicycle bell notification of a text message, which is surprising given the controlled environment of a studio recording session. My initial misgivings over these intrusions are offset by the recognition that the easy virtuosity between these two artists is a natural, un-staged experience, leaving us with a remarkable collection of music.

One thing to note, for any aspiring flutist, is the way Cheneour navigates blips in his technique or cracks in his tone. He uses these as a pivot to create a turning point in the improvisation, showing his ability to truly control every aspect of his output.

Overall, Green is the highlight of this three-piece set. It is the musical love-child of a special duo of masters who understand communication, interpretation, and the very essence of chamber music at its deepest level.

More information, to hear sample tracks and to order CDs 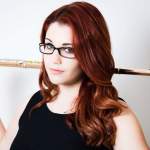 Lindsay Bryden is a professional freelance flutist based in London, UK. She earned her MA in flute performance under William Bennett, OBE at the Royal Academy of Music in 2015, where she was winner of the Jonathan Myall Piccolo Prize. She is a graduate of the Royal College of Music BMus program where her principal teacher was Simon Channing and where she was a RCM Scholar and Rising Star. She is a graduate and winner of the Fine Arts Award for flute from Interlochen Arts Academy in Michigan, USA.

An avid chamber and orchestral musician, she has served as principal of Orchestra Vitae, Ensemble Lunaire, the London Beethoven Project, Orchestre de la francophonie and YOA Orchestra of the Americas. Lindsay is active in recording for new composers and is a frequent collaborator in chamber music projects. As a soloist, she has performed in such outstanding venues as the National Arts Centre in Ottawa, St Martin in the Fields and the Royal Albert Hall’s Elgar Room, and in such festivals as Music and Beyond in Ottawa, Spitalfields in London and Vianden in Luxembourg.

Lindsay has been nationally broadcast in recital by the CBC. She was awarded a generous grant from the Canada Council for the Arts in 2014 and was a 2013 Sylva Gelber Music Award recipient.