Here is first-rate playing from Poland. It comes from instructors and associates of the Krakow Conservatory of Music, (officially the Krzysztof Penderecki Academy of Music) including a unique approach to teaching advanced techniques for the flute, plus a set of highly impressive performances of original music from Polish composers. 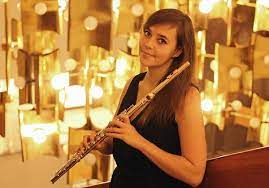 At the center of these projects is Natalia Jarząbek, currently a principal flutist of the Kraków Philharmonic Orchestra and a PhD student at the Academy of Music in Kraków where she studied with Professor Barbara Świątek-Żelazna. In her first recording, Jarząbek explored a varied repertoire including Theobold Boehm, Charles-Marie Widor and various Polish and Flemish composers. For this, her second major project, however, she has collaborated with Professor Świątek-Żelazna to present a unique set of performances, including some for solo flute, plus others accompanied by pianist Emmy Wills, which are not only interesting and attractive in themselves, but which also illustrate the technique of circular breathing which is further illustrated by a book and a set of instructional videos available online. 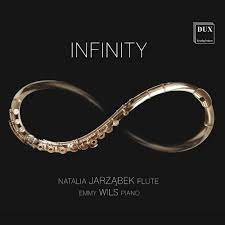 To quote the extensive CD notes: “Circular breathing is a technique of playing wind instruments that allows to sustain the sound for a long time. It requires drawing air quickly in through the nose whilst simultaneously pushing the air collected in your mouth into the instrument. Although the technique boasts a history of several hundred years, the first mentions of its application in classical music come from the late 19th and early 20th centuries.

“Natural breathing is a necessary element of playing any wind instr ument. Physiological aspects aside, it serves the separation of individual music phrases. The skill of circular breathing gives an instrumentalist more extensive phrase building opportunities and is useful in an array of works of all periods and styles. The technique is increasingly often applied in contemporary music as composers write pieces that require circular breathing.” 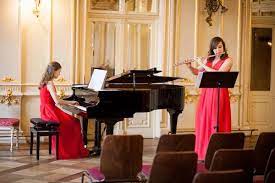 The collection of pieces that Natalia presents benefit from, or actually require, circular breathing, but for purely artistic purposes; these are not mere empty exercises. I remember attending a presentation on this technique by Robert Dick at a National Flute Association convention. I was sceptical because I had heard some endless-sound type compositions that would’ve benefited from some breathing spaces. I continue to harbour these reservations. But Robert’s focus was on applying circular breathing where it can help in executing orchestral excerpts. Here we see a similar approach with two Chopin Études — f-moll op. 25 no. 2 and a-moll op. 10 no. 2 — and Motu Perpetuo  Op. 11 by Paganini — where the technique opens the door to many more flute transcriptions from non-wind instruments — piano, violin, etc. — which are otherwise impossible to execute. Other compositions include specifications for circular breathing by the composer. Here, the burden rests with the composer to convince the flutist to make the effort, given that there are plenty of flute compositions with space to breathe! 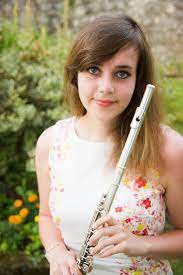 There are aesthetic arguments on both sides of this issue, but this is not the place for them. Here, we must simply give credit to Natalia Jarząbek for the extraordinary job she has done, first in her immaculate execution of this challenging repertoire, and next for the quite unprecedented conception of the overall project, where the repertoire could stand on its own as a performance tour-de-force, but which takes on a didactic role in demonstrating modern flute techniques and then segues into top level instructional text and video, adroitly using multi-media capabilities. I suspect that Professor Świątek-Żelazna deserves considerable credit for the conception of the project. In any case, for anyone interested in circular breathing, including, I would think, conservatory library collections, I would consider this publication to be absolutely essential. In addition, the quality of this project, in both conception and execution, suggest that we give future recordings from Natalia Jarząbek and the Kraków School of Music our serious attention.

These days, CDs appear with differing levels of support from notes, booklets, etc. but some are more complete and accurate than others. For most repertoire in classical, jazz or world music good notes are always valuable. I do not believe I have ever seen anything quite like this however.

The CD itself comes with an attached 28 page booklet filled with invaluable information plus full-colour photographs. For those interested in learning more about the circular breathing technique, however, a complete, linked, 80 page book is available separately. And this is a method-book as thorough and high-quality a publication as the CD itself. Before launching into instructions for circular breathing, there is a section on the history of the technique, in both Western and world music as well as jazz. The main chapters on the technique itself are integrated with video instruction available online. Exercises and practice routines are followed by lists of appropriate literature and a bibliography.