Introducing Health Issues for Flutists
October 24, 2017 (No Comments) by Ganved14

Readers of Flute Journal will be aware of articles we have already run on various health-related issues: 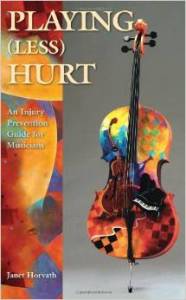 The response to these articles has been so positive that we have decided to expand on our coverage and introduce a new section on health issues for musicians in general and flutists in particular.

To assist us in this effort, we have added a new member to our editorial board to act as assistant editor for health issues. She is setting the ball rolling by contributing an article of her own. See below. 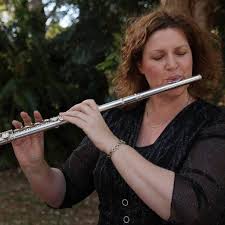 For Karen’s full bio, see below.

Karen has combined her activities as performer and teacher with a keen interest in health issues, particularly the avoidance of performance-related injuries. This is of great interest to flutists for whom the very stance required to play the instrument gives rise to a whole set of physical problems. Avoidance is always preferable to treatment and should begin as early as possible. Thus Karen’s article, which is available here as a .PDF download, is entitled:

She writes: Much has been written by flute players and educators, as well as experts in the field of performing arts health, about the awkward flute playing posture, in which the arms are held against gravity, in a unilateral position (Debost, 2002; Edmund-Davies, 2008; Lonsdale, 2014; Moratz, 2010; Watson, 2009). The prevalence of musculoskeletal symptoms in the international flute community, as well as flute-playing related health are topics that have been addressed by researchers internationally, in dissertations (Fain, 2009, Fortune, 2007; Lonsdale, 2011; Matejka, 2009), books (Pearson, 2006), and journal articles (Lonsdale, 2012, 2014; Nemoto & Arino, 2007; Norris, 1996; Spence, 2001; Stanhope & Milanese, 2016). Playing-related physical problems occur not only among professional orchestral musicians, but also among amateurs and students (e.g. Brandfonbrener, 2009; Roach, Martinez, & Anderson, 1994), and children (e.g. Ranelli, Straker, & Smith, 2011).

(Note: Links are available within the article. To return to the article use your browser’s back arrow)

Karen obtained her Bachelor of Music and Graduate Diploma of Music from the Queensland Conservatorium of Music in Australia. She continued her flute studies in Germany, graduating with a Meisterklassendiplom from the Hochschule für Musik in Munich in 1992. She was awarded a Doctor of Musical Arts from Griffith University in 2011. 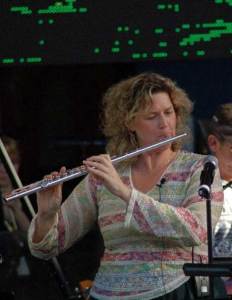 In 2017, Dr. Lonsdale was a guest artist at the Australian Flute Festival in Brisbane, and performed in two sessions at the Asia-Pacific Symposium for Music Education Research (APSMER2017) in Melaka. In September 2017, she performed as a flute soloist at the Ipoh Music Festival.