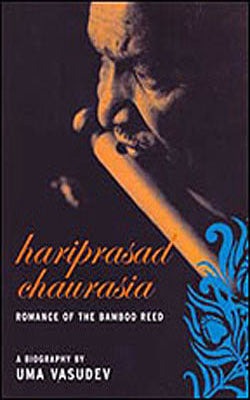 A Biography by Uma Vasudev

Here is a volume which should be of interest to all lovers of the flute and its music, yet is barely known outside of India.

Pandit Hariprasad Chaurasia is the leading light in the field of North Indian, or Hindustani, classical music, as a composer and teacher, but primarily as the master of the bansuri or bamboo flute, a tradition that has produced, and continues to produce, great artists, of which he is possibly the greatest.

Uma Vasudev was one of India’s leading writers, responsible most famously for the biography of Indira Gandhi. Her work on the life of Hariprasad demonstrates all her skill and sensitivity and remains one of the most important works on the life and work of great flutists. 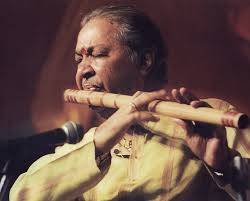 Hariprasad‘s life has been unusual, indeed romantic, in many respects. To begin with, unlike many of his peers in the classical music field in India, he was not born into a family of musicians. His father was a professional wrestler and he intended his son to follow in his footsteps. Beguiled by music from an early age, the young Chaurasia was forced to learn music in secret, first the vocal tradition upon which so much is based in India, then later, once introduced to the flute by a chance meeting, the bansuri became the focus for a great career in music, up to the present day. The story of this life, beginning with his winning of his father’s approval, through his early association with All India Radio, through his gradual emergence as a concert artist, his almost magical association with Annapurna Devi, the Nadia Boulanger of Indian music, which provided the foundation of his work in bringing acceptance to the bansuri as a mainstay of classical performance, to his current status as an elder statesman of the Hindustani tradition, is a great inspiration to any emerging artist in any part of the world. 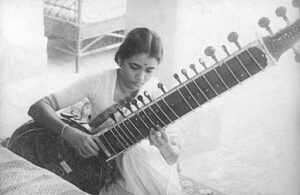 It has been some years since I first read this work, and I recently began to re-read it as the basis for this review. The romance of the bamboo reed is so compelling however, that I am putting pen to paper (electronically) today, while still in the midst of the story. The triumphs of his unfolding career on concert stage and film studio, his associations with Shivkumar Sharma, Lata Mangeshkar, Zakir Hussain at. al. his receipt of Padma Bhushan awards from the Government of India, etc. is all told with the accuracy and sensitivity of a first-class writer, in prose that portrays a deft touch along with a mastery of the genre.

This is a book that belongs in the library of anyone interested in the flute in world music. In addition, it would act as a fine introduction to one of the world’s oldest and most profound music traditions even for those with absolutely no prior knowledge of it. 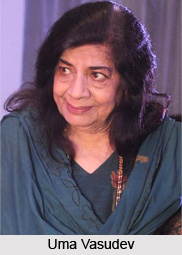 There is a question about the book’s availability, however, which we at Flute Journal and Harmonia Books & Music are looking into, because if it is out of print we will attempt to re-publish it. Watch this space and we will bring you information when we have it. In any case, in the meantime, if you see a copy — snap it up!