Flute Journal‘s parent company, Harmonia Communications, is happy to introduce a music programme specifically designed to meet the needs of musicians, scientists and health professionals. The program will be launched with the first of a new concert series. 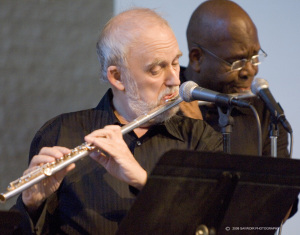 “For over fifty years I have been pursuing the study of the deeper meaning and structure of music. After the completion of a Ph.D. at the University of Maryland in 2001, a six-month residence in India through the auspices of the American Institute of Indian Studies in 1993/4, which included teaching Western music history courses at the Universities of Delhi and Bombay while studying bansuri flute with Pandit Hariprasad Chaurasia, lecturing at institutions from the California Institute of Integral Studies and Maharishi International University to the The Prince of Wales Institute in London, the publication of a number of books and articles, correspondence with famous French musicologist Alain Daniélou and a visit to the Alan Daniélou collection at the Cini Institute in Venice in the late 1990s, this activity has now been boosted by an endorsement from the All Party Parliamentary Group (APPG) on Indian Traditional Sciences in the United Kingdom, who are looking into the possibility of introducing Ayurvedic medicine, including the application of music from Gandharva Veda, into the U.K. National Health Service, as part of a Wellness Programme.”

As you can see from Dr. Westbrook’s new book, Music, Psyche, Kosmos, the key issue for this research is the time theory of performance in North Indian music. In order to look into this more deeply, a large scale distribution of Hindustani ragas, performed by leading artists and correctly arranged according to the time theory — i.e. morning ragas in the morning, evening ragas in the evening, etc. — is due to be launched in early 2022 via the Harmonia Institute, with a follow up program of research into the effects on physical well-being, brain wave coherence and other aspects of individual and community health. This will be under the direction of Dr. Jonathan Shear, former U.S. editor of the Journal of Consciousness Studies. The program will include: 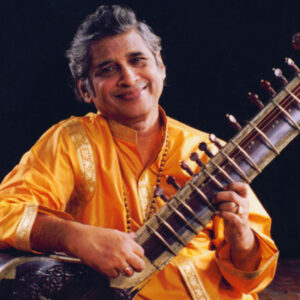 The project is being launched as a tribute to two musicians who have helped Dr. Westbrook. Prof. Debu Chaudhuri was his host and sponsor at Delhi University in 1993 and leader of the Gandharva Veda program organised for His Holiness Maharishi Mahesh Yogi in the 1980s. Peter was assisting him in a new stage of development for this program when both Debu and his son Prateek were suddenly taken from us during the covid pandemic in India. In a heart-warming response, musicians across India have rallied around to enable Harmonia to launch this new initiative in Debu’s memory. 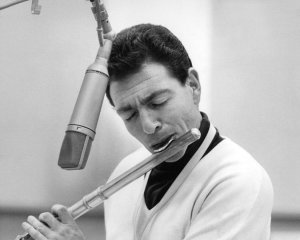 Also very supportive of this research was a friend of Peter Westbrook’s, flutist and father of New-Age music, the late Paul Horn.

The project is being offered in tribute to Debuji and Paul.

Research at Maharishi International University and elsewhere has determined that this ancient system of performance has profoundly beneficial effects on both mind and body, effects which we are just beginning to understand. The primary contributor to these effects is what is known as the time theory of performance, the habit of playing each composition or raga at the correct time of day or season in order to bring balance to the human mentality and physiology. 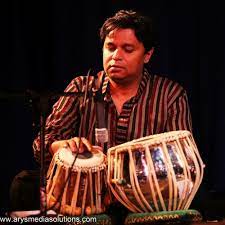 For this purpose, the entire archive of high quality performances by leading Indian musicians will be arranged, along with the necessary instructions, to make them applicable in the correct daily and seasonal sequences. Behind the scenes, ongoing research began in India in 1993 by Dr. Westbrook will integrate these practices with the theories of Ayur Veda which also consider the state of the physiology at different times of the day.

Along with this program, a live-streamed concert series will be offered, featuring flute music of every genre. The first of these will feature Deepak Ram and  Enayet Hossain.

Full details will be announced closer to the date.

The following article appeared in Hinduism Today Magazine in February, 2000:

Testing the Time Theory: Indian music assigns each raga to a period of the day, but where lies the origin of this discipline?

“If there is one aspect of the classical music of India that sets it apart from other traditions, it is the theory that establishes a specific period of day for performing each melody form, or raga. “Orthodox musicians in India never play a raga at any other than its proper time,” according to the late French musicologist Alain Daniélou, “for at the wrong hour it could never be developed so perfectly nor could it so greatly move an audience.” As Walter Kauffman tells us, this is much more than just an aesthetic consideration; it is considered to have an effect on the environment. He writes, ‘The older generation of Indian musicians in particular still believes that disaster will be invoked if, for instance, an evening raga is performed in the morning or vice versa.’

“Today this attitude prevails mainly in north Indian, or Hindustani, music. The South Indian, or Carnatic, tradition contains a highly developed theory of ragas and their performance times. “However, in Carnatic music today,” writes P. Sambamoorthy, “there is no questioning the fact that the ragas sung during their allotted times sound best, but the time theory of ragas may be said to be only advisory and not mandatory.” While this more liberal approach is quite alien to Hindustani music, it points to a lack of any theoretical basis for the time theory, as no ancient or medieval writer on the subject has left us any rational explanation for it. It was left to the late Pandit V.N. Bhatkhande (1860-1936) to systematize the rules generally observed by Indian musicians.

“To determine the performance times of each raga, Bhatkhande divided the day into eight praharas or watches, then assigned each raga to a specific prahara according to its underlying tonal characteristics. Each note in a raga has a certain level of importance vis-a-vis the other notes, and these relationships change subtly during the different times of the day.

“Each musician learns the various aspects of each raga, including its correct performance time and its rasa, or mood, from his guru. Thus there are literally thousands of subtleties which are learned but not formulated into a single body of theory. And in spite of some differences of opinion, there is a high degree of agreement regarding the correct performance time for most ragas. This is remarkable considering the number of ragas currently in use in north India, as well as the existence of different schools of music, or gharanas. It suggests that at some time in the past some common theoretical framework may have existed as the basis for the time theory.

“Today, however, there is little clear indication as to the origin of these practices. Scholars, such as Kaufmann, Bonnie Wade, Harold Powers and Emmie Nijenhuis, have suggested origins in the musical aspect of the classic Sanskrit drama, or the ritual chant of the Vedas.

“Mukhund Lath of the University of Rajasthan points out that while Bhatkhande’s generalizations found great acceptance, no one has ever tried to display and work out the psychophysiological basis for the raga-time connection. Lacking such an empirical or theoretical basis, this unique aspect of Hindustani music is in danger of being compromised. Although the older generation of performers still regard the time theory as a critical aspect of their tradition, others, under the pressure of contemporary concert and recording schedules, are relaxing performance strictures. But if the traditional musicological literature provides no basis for the theory, where else should we look?

“Of all the aspects of Vedic literature which deal with cycles of time, Ayurveda, the Vedic system of medicine, is one of the most significant, and there appears to be considerable evidence linking it with musical performance in ancient times. Daniélou wrote to me in 1992, “There exists a relation between various scales and the humours of the body. Any one expert in the music therapy of Ayurveda should be able to find out.” He quotes Sangeetamakaranda I.2324: “One who sings knowing the proper time remains happy. By singing ragas at the wrong time one ill treats them. Listening to them, one becomes impoverished and sees the length of one’s life reduced.” The reference to the length of one’s life provides another link to Ayurveda, which can be rendered as “the science of longevity”. Indeed, it does appear possible to correlate the diurnal cycle of the three Ayurvedic doshas, vata, pitta and kapha, with the performance times of the ragas. This and other evidence would suggest the existence of an ancient view in which, in the area of health, music has a definite role to play.

“Musicologist and writer, Peter Westbrook is co-author of Divine Harmony: The Life and Teachings of Pythagoras.”