Carol Sudhalter Brings Live Jazz Back to Queens
September 27, 2021 (No Comments) by Ganved14 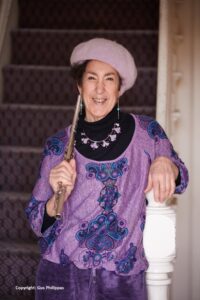 Astoria-based bandleader/ flutist/ saxophonist Carol Sudhalter will bring two October concerts to Queens audiences. Sudhalter has received a grant from the New York City Artist Corps, under which she will present 2 concerts, on October 6 and October 23. Both concerts are free of charge.

On October 6 at 7 pm, audiences can enjoy Sudhalter’s 7-piece ensemble in the upstairs theater at Flushing Town Hall. The 7-piece band  combines trombone, guitar, piano, bass, drums, vocalist and Sudhalter on sax and flute. A special feature will be an appearance by a brand new talent, 18-year-old violinist/vocalist/composer Mimi Block. Attendees can enjoy original compositions by band members and Queens jazz legends such as the great Jimmy Heath and jazz standards such as Beatrice or  A Night in Tunisia.
The second concert, October 23 at 3 pm, will feature Sudhalter’s 13-piece Astoria Jazz Band, plus renowned vocalist Frank Senior and, once again, the astounding young Mimi Block. 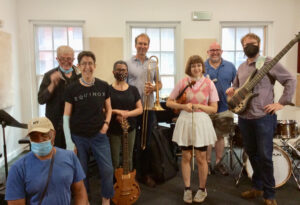 Sudhalter placed 9th in a recent year of the Downbeat Readers’ Jazz Poll. She is profiled in 4 prominent books on jazz, and on Wikipedia. Perhaps best known in Queens as a baritone saxophonist, anchoring the saxophone section of the Astoria Big Band, Carol actually began as a flutist, and continues to feature that instrument extensively.

I wrote to her: “You will be playing the flute on that gig won’t you?”

“Yes of course!” She responded, “I am playing lots of tunes on flute:

New Yorkers interested in the Flute in Jazz will enjoy the Astoria Big Band.