. . . and an introduction to a new friend at Flute Journal:

Flute Journal readers will be aware of a recent addition to our list of contributors. The aptly named Flute Jayanth presents the first example of Carnatic, or South Indian, music to be presented here. My initial conversations with this very personable young man will lead to more excellent contributions to our knowledge and enjoyment of world music.

However, there was one sad note to our conversation.

As we became acquainted, I happened to mention that I was a friend of Kadri Gopalnath, only to learn that Kadriji had passed away in late 2019. 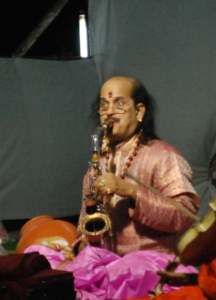 According to Wikipedia, “Dr. Kadri Gopalnath (6 December 1949 – 11 October 2019) was an Indian alto saxophonist and one of the pioneers of Carnatic music for that instrument.” In 1993, during a research visit to India with the American Institute of Indian Studies, I travelled to Dr. Gopalnath‘s home town of Mangalore, in the state of Karnataka, in order to meet him. I stayed in Mangalore for two weeks during which time I conducted an interview with him and learned a good deal about his unique position — essentially, at that time, the only saxophonist — in Carnatic music.

When I returned to the United States I wrote an article about Kadri, and about my visit, in Saxophone Journal. That publication is currently defunct, but if we can obtain a reprint of that article we will reproduce it here.

Having learned of Kadri’s passing, I had a desire to present a tribute to him, but it seemed inappropriate to do so at Flute Journal where our readers expect us to present flute music. Then another Indian flutist emerged to provide me with a solution. 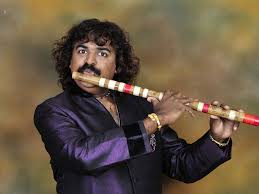 It has been my good fortune recently to make contact with another excellent exponent of Indian classical music, again a flutist. Pravin Godkhindi is a well established performer from whom we will be hearing more at Flute Journal. While Pravin is essentially a Hindustani performer, he is from Bangalore which he described to me as a meeting point between northern and southern styles. When I mentioned my sadness at Kadri Gopalnath‘s passing he was kind enough to send me a video of a jugalbundi, or duet, that he recorded with Kadri. This enables us to present an introduction to the music of Arvin Godkhindi while, at the same, remembering the great and very much beloved saxophonist Kadri Gopalnath.

Towards the end of his life, Kadri achieved such fame that a letter addressed simply: Kadri Gopalnath, India, would reach him. Below, with wonderful support from Pravin Godkhindi, Kadri demonstrates the form that endeared him to audiences all over the world. Flute meets saxophone, Hindustani music meets Carnatic music. Enjoy:

Having presented this piece, for those who would like to hear more of Dr. Kadri Gopalnath, he also recorded a duet — known as jugalbandi — with another major exponent of the Hindustani bansuri, Pandit Ronu Majumdar. From 2008, this finds Kadriji looking a little younger but his art is just as developed. And the rapport between these artists is a function not only of their artistic maturity but also the power and subtlety of Indian classical music. Watch for an interview with Ronu Majumdar. For now, enjoy as flute meets saxophone and Hindustani meets Carnatic music: