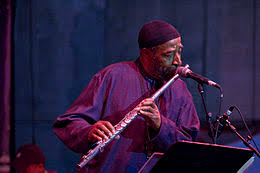 Yusef Lateef (1920 – 2013) was one of the pioneers of the flute in world music. Best known for his work on tenor saxophone, Lateef was also notable for including a number of other woodwind instruments in his work. Despite working with the likes of Cannonball and Nat Adderley and many other jazz musicians during the course of his career, Lateef became a devout moslem in his later years, and did not want to be associated with the jazz genre, objecting to the implications inherent in the term and its reference to the music’s origins in the red-light district of New Orleans. Whatever we call the genre, however, Lateef made a considerable contribution to it and to the flute. Quoting Wikipedia: 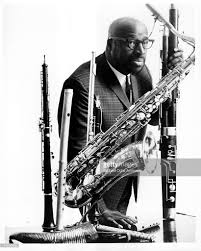 Although Lateef’s main instruments were the tenor saxophone and flute, he also played oboe and bassoon, both rare in jazz, and also used a number of non-western instruments such as the bamboo flute, shehnai, shofar, xun, arghul and koto. He is known for having been an innovator in the blending of jazz with “Eastern” music. Peter Keepnews, in his New York Times obituary of Lateef, wrote that the musician “played world music before world music had a name.

Lateef certainly picked up the flute at an early stage of his career. Some bios state that he took up flute in 1956 at the suggestion of guitarist Kenny Burrell. Clearly this was not the case — he had begun taking college courses on flute as early as 1950. Lateef gave his recollection of this period in an interview with Fred Jung of Jazz News in 2000: 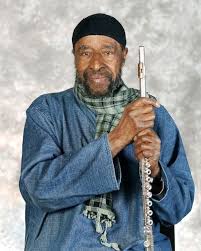 FRED JUNG: When did you begin to include the flute into your repertoire?

YUSEF LATEEF: I started to study the flute in 1951. The flute has been utilized by African‑American musicians as far back as the early Twenties. If you take a look at some of the old pictures of Chick Webb, then you will see the flute right there on the bandstand among the woodwinds.

F.J.: You also presented the oboe and the bassoon, not traditionally considered in improvised music, in performances.

Y.L.: Well, in high school, my teacher tried to get me to play the oboe and later on, I reflected on that and then I took him up on it. After I started to record, I didn’t want to reinvent the wheel with each album, so then I studied the bassoon and included it as well as some miscellaneous instruments like Japanese flute and then I began to make flutes to enhance the canvas of my expression.

F.J.: That kind of dedication and sacrifice to your art seems like something of another era these days.

Y.L.: Well, oboists make their reeds so it is nothing new in a sense. It is just another part of musical expression.

Here are some clips of Lateef featured on flute, first with Cannonball Adderley: