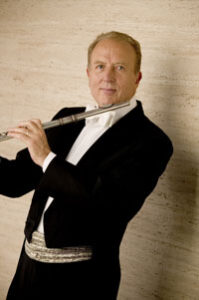 July 27th, 2022. It is with great sadness that the world flute community, especially in Britain, has marked the passing of one of their brightest and most loved stars, William Bennett, who passed away in May at the age of 86. Mr. Bennett, known affectionately to everyone as Wibb, received just about every accolade due a musician, including the highest recognition available for an Englishman when, in January 1995, Her Majesty The Queen presented him with the O.B.E.  (Order of the British Empire) for his distinguished services to music. He will be particularly missed among the members of the British Flute Society, of which he was the President. The recent issue of their journal PAN contains a wonderful, 24 page tribute to Wibb which will hopefully become a collector’s edition.

Mr Bennett’s services to music were indeed distinguished, primarily as a soloist par excellence, to which over 100 solo recordings can attest, but also as an orchestral player, usually the principal, in a variety of ensembles, including the BBC Philharmonic Orchestra, Sadler’s Wells Opera, the London Symphony Orchestra (LSO), the Academy of St Martin in the Fields, and the English Chamber Orchestra. He was also a distinguished and highly popular teacher, with professorships at the Freiburg Hochshule in Germany and later at the Royal Academy of Music in London, as well as multiple private students and worldwide masterclasses too many to mention. He was also noted for his constant expansion and refinement of the flute repertoire and endless experimentation with the flute to improve the instrument’s mechanism, and hence its sound and intonation. I can vouch for this as my only meeting with Wibb, an interview for Flute Journal, intended to be a discussion of flute repertoire, quickly became a tour of his workshop and a demonstration of the necessary adjustments required to make even the best flutes play in tune. (Fortunately I had not brought an instrument with me; many who did, often expecting a lesson, would find their treasured flute on Wibb’s work bench undergoing some ‘adjustments.’) 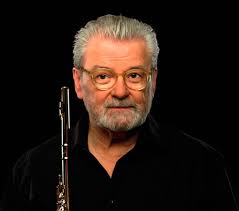 Of the many tributes that have poured in since Bennett‘s passing, we can cite that by his close friend and partner in the LSO, Sir James Galway:

“It is with great sadness that I mourn the passing of my friend, William Bennett, affectionally known to everybody as Wibb. When I first moved to London at the age of 16, I met Wibb, and he had the biggest influence on my life. My wife and I send our heartfelt condolences to his wife Michie, family, friends and colleagues at the London Symphony Orchestra, where Wibb was Principal Flute from 1967 until 1972.” 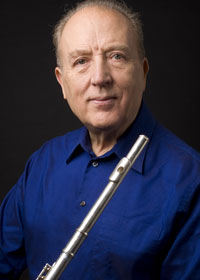 Wibb’s early background was, indeed, truly outstanding. Following national service with the Scots Guards band, he studied with Geoffrey Gilbert at the Guildhall School of Music in London and in Paris with Jean-Pierre Rampal, and later with the great Marcel Moyse. As his solo career blossomed, he explored and expanded the flute repertoire, borrowing from other instruments and premiering flute concertos written for him by composers such as Richard Rodney Bennett, William Matthias, Diana Burrell and Raimundo Pineda. He was appointed Flautist Laureate by the British Flute Society in 2003. In 2004, he gained the title of Flute of Gold from the Italian Falaut Flute society. He also received two Lifetime Achievement Awards in the USA, one from the National Flute Association in 2002 and another from the Chicago Flute Club in 2009. In 2018, he was awarded the Walter Willson Cobbett Medal by the Worshipful Company of Musicians “in recognition of services to chamber music.”

In spite of all of these awards, however, it is something more profound — the outpouring of affection, particularly from his students — that demonstrates his value and influence as an artist and as a human being. I caught up with one of them, Alena Walentin, at her home in Denmark. Herself, like so many of his students, established as soloist and teacher, she spoke eloquently of Wibb‘s influence as artist, teacher and friend. I can do no better, however, than to cite her contribution to the PAN magazine tribute. She writes: 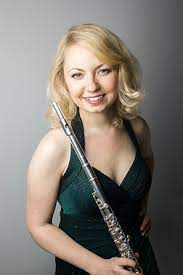 “Those who knew Wibb well will know how difficult it is to write anything that would even remotely describe the sense of how meaningful, amazing and unforgettable it was to know him. There are very few people in the music world that have left so much legacy behind them, making such a positive impact on the flute as an instrument, the flute community, flute repertoire and beyond that, on a lot of lives.

“Love for life and music shined through Wibb so brightly that anyone meeting him would immediately feel warmth and happiness. He was just an incredibly beautiful soul. The world was so much more colourful when Wibb was around.”

Another student of Mr. Bennett currently enjoying a successful career is Karen Evans Moratz, principal flute for the Indianapolis Symphony Orchestra and Artist-in-Residence at Butler University in Indianapolis. A teacher of Yoga, she exhibits an awareness of subtler aspects of the creative process and the student-teacher relationship, citing a profound statement from Marcel Moyse: “I observed long ago that a beautiful tone comes from a generosity of the heart.” She continues: 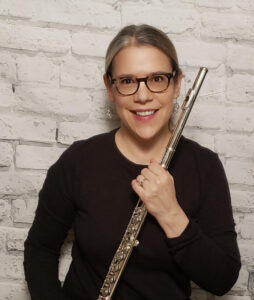 “His student—my teacher, my friend William Bennett (aka Wibb) epitomized this through his phenomenal flute playing, his directness as well as kindness with his students,  and his everyday life, which he lived with generosity, humor, brilliance, and an expansiveness which influenced all of the people he met along the way. Those of us who had the good fortune to study with him have the immense privilege as well as responsibility to carry on his legacy to the best of our abilities. Finding beauty and purpose in every note of a phrase was imbued in each moment of Wibb’s life. He was a singular soul who will continue to inspire us all.”

Interested readers, particularly online,  will find many such statements, multiple examples of Wibb‘s performances, details of his influence on the role of the flute in modern music and, perhaps most importantly, of his positive impact on people’s lives. We hope to present more of these in due course with further tributes, perhaps a retrospective of his life and work. In the meantime, those of us at Flute Journal send our condolences to Wibb’s family and to his many, many friends.

A Statement from the Royal Academy of Music

We leave you with just a few minutes of his live performance, an encore, with Helen Crayford at the piano, at the BFS Premier Flautist Series , Duke’s Hall, Royal Academy, London, 22nd April 2012.

The Symphonic Debutante Piccolo:  Was it really Beethoven’s Fifth? The Essential Piccolo by Nancy Nourse