We at Flute Journal are very pleased to support a unique project, in the hope that it will be the first of many similar ventures. This is an opportunity for Flute Journal readers to contribute to the development of new music for the flute. The first of these projects is already well under way.

The We Bring Flowers Project. Stage One: The Amanda Harberg Consortium Commission. 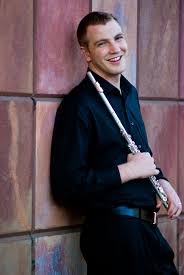 After the Paris terrorist attacks of November 2015, flutist Cubus du Toit felt a strong calling to bring socially conscious art into the world. Based on a post-attack interview with a father and his young son (see below), he dubbed the project We Bring Flowers. As he puts it “The We Bring Flowers project is a two-year long journey commissioning composers to write works for flute and piano that either revolt against, or courageously confront the violence that is prevalent in modern society.”

The first composition project to emerge from this will be a Sonata by Amanda Harberg, which is due to be completed by June of this year and performed by Mr. du Toit and the composer at the National Flute Association’s annual convention in Minneapolis this coming August.

In an e-mail to his own mailing list of supporters, du Toit reports on the progress of the enterprise, which he calls the Amanda Harberg Consortium Commission:

I am very excited to share that we have 35 co-commissioners for the We Bring Flowers campaign’s first project. I received word from Amanda that the first movement of the Sonata is complete and that she was so inspired she has composed two second movements!

Ms. Harberg also had a big premiere this month with her Suite for Woodwind Quintet, commissioned by the Dorian Wind Quintet.

[Note: A video of the premiere of this invigorating new work can be seen below.]

The We Bring Flowers project is really taking off and you still have a chance to join in! For your $120 co-commission fee you will receive:

1. A signed and numbered copy of an original score by Ms. Harberg. Expected delivery date is June of 2017.
2. You will be named as a co-commissioner on the official Theodore Presser Company engraved score.

I am thrilled to be premiering this exciting new work at the National Flute Association convention in Minneapolis, MN this year. The premiere of the Sonata will be on 08/13/2017 on the Celebrating American Women Composers program in Room L100 IJ from 11am-12pm. Ms. Harberg will be the pianist for the premiere. 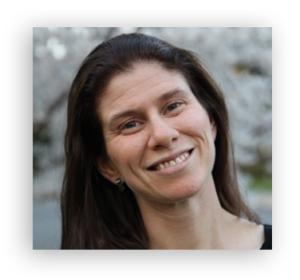 Composer Amanda Harberg’s recent commissions include new works for the Philadelphia Orchestra’s Sound All Around series, the Dorian Wind Quintet, the Grand Rapids Symphony and Venus Unhinged for the Albany Symphony’s Dogs of Desire. Her works have also been performed by ensembles including the Round Top Festival Orchestra, the Bay Atlantic Symphony, the National Symphony of Ecuador, the Thuringer Symphoniker, the Orchestra Sinfonica do Rio Grand do Norte, the Susquehanna Symphony Orchestra, the Southern Arizona Symphony Orchestra, the New Jersey Youth Symphony, the American Modern Ensemble, the Olympia Philharmonic Society, the FAUST Youth Symphony, the Harmonium Choral Society and the New York Licorice Ensemble.

Harberg’s music is published by Theodore Presser Company and has been recorded on Koch International, American Modern Recordings, Albany Records and Centaur Records. Her Concerto for Viola and Orchestra will be released on Naxos in the Fall of 2017.

Harberg received her BM and MM from the Juilliard School where she studied with Stephen Albert, Robert Beaser and David Diamond, and where she was awarded the Peter Mennin Prize for outstanding accomplishment. A Philadelphia native, Harberg lives in Glen Ridge NJ with her family, where she is the founder and director of the Music in Montclair series. For more information 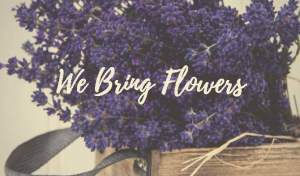 Part of the inspiration for this project came in the form of a conversation between a father and his son following the Paris attacks.

Du Toit writes: “The toddler was understandably scared of what happened close to his home and was telling the reporter that his whole family would have to leave Paris. As people were putting down flowers for the victims, the father explained that flowers were more powerful than guns and that the flowers were there to protect them. The poise and courage that the father displayed will stay with me forever.”

This Consortium Commission is the first composition in a set of five to form a complete recital of socially conscious works. The culmination of these commissions will be an East Coast tour which includes a Carnegie Hall recital in New York City in the early Fall of 2019. 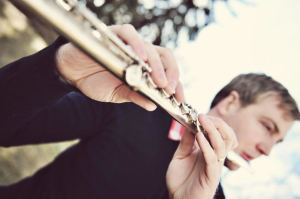 South African native Dr. Cobus du Toit is praised for “. . . technical facility that makes everything look easy, (Opus Colorado)” and “. . . a rich tone that is especially impressive (Herald Tribune).” The Pretoria News declared: “du Toit makes you believe the impossible. With du Toit in flight one is never aware of technique alone. He is driven by purely musical inspiration.”

A strong advocate for the musical arts, Cobus is an avid soloist, chamber musician and pedagogue who is affiliated with the Haynes Flute Company as an Ambassador Clinician. Cobus was recently appointed as the Assistant Professor of Flute at the University of Massachusetts Amherst and also serves on the faculty of Longy School of Music of Bard College.

As an international soloist and chamber musician, Cobus has performed with orchestras in Russia, South Africa and the United States and on concert series in Taiwan, Japan, Germany and France. Cobus has been a prize winner at over a dozen competitions which include the 1st UNISA Southern African National Competition for Woodwinds and Brass, the Byron Hester Competition and the SAMRO International Scholarship Competition.

In addition to being the principal flute for the Boulder Chamber Orchestra and Symphony Orchestra of the Americas, Cobus is also the flutist for the Antero Winds, a professional woodwind quintet that has been prizewinners at both the Plowman and Fischoff chamber music competitions. Cobus has self-produced two recordings available through online platforms: Tríptico with classical guitarist Patrick Sutton and Mythavian with pianist Doreen Lee.

For readers who would like to become members of the consortium you can register by clicking here. If you have questions you can reach Mr.Du Toit at: cobus@cobusdutoit.com or Peter Westbrook at: flutejournal@gmx.co.uk

[Editor’s note: We will be following this project through to the performance and publication of the piece. In co-operation with our parent company, HARMONIA BOOKS & MUSIC, and with artists such as Cobus du Toit and many others, we intend to develop a whole series of similar projects, developing and publishing flute music in multiple genres. Watch for more information.]