Vedic Science and the Revival of Musica Mundana
December 8, 2020 (No Comments) by Ganved14

Throughout the world, and throughout history, music and language have been true constants in human culture. Language is, of course, essential to all human communication and its practical value to human life is quite clear. What is more mysterious, however, is the purpose of music. While it may vary widely between times and places, music is nevertheless found in every known culture, past and present. From the most isolated tribal groups to the most complex contemporary urban cultures, music has been a fundamental constituent of human life. 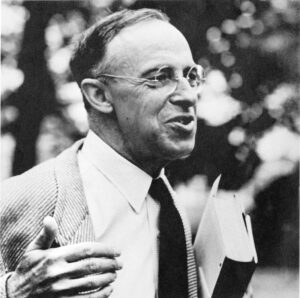 There is also a profound literature, and/or folklore, about music, its structure and role, in virtually all traditional cultures. In the modern world, however, attempts to account for the phenomenon of music have proved unsatisfying. As musicologist Victor Zuckerkandl writes “Today we consume music in greater quantities than any previous generation, but we no longer know how to read what stands written. We have forgotten the meaning of the characters.” (Victor Zuckerkandl, 1968) 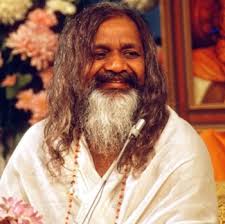 On the evening of July 23rd 1972, at Queen’s University in Canada, a symposium was held, led by His Holiness Maharishi Mahesh Yogi, dealing with his revival of ancient Vedic knowledge which had become known as the Science of Creative Intelligence. For over a half-century, from 1955 to 2008, Maharishi travelled the world, reviving and teaching ancient knowledge from the Vedic tradition. His central focus was to breathe new life into the field of Yoga. From this follows the true understanding of pure consciousness and its role in the growth of enlightenment. Along the way he has thrown new light other vedic arts such as medicine, architecture, astrology and agriculture. Also, almost in passing, he  cast new light on the structure and meaning of music.

One of the symposium presentations was a recital of piano music including works by Bach and Debussy. After the performance, Maharishi commented: “It is beautiful. What generates this beauty? There is an old proverb: ‘Birds of the same feather flock together.’” He went on:

As a musician and researcher in music theory I was profoundly struck by this idea: we are attracted to music because it resembles the deep structure both of our own inner nature and the ‘objective’ universe, two realms of life that had been declared separate by Descartes and the scientific tradition he helped to create. According to Yoga, however, as Maharishi taught it – and which became a direct experience through Transcendental Meditation – the physical universe consisted of the fluctuations and interactions of pure consciousness. This was the basis of Maharishi’s statements about music which must, I thought, surely be a totally unique insight! 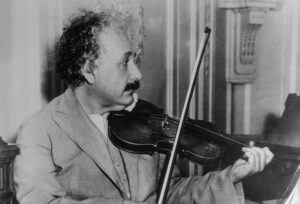 Not so, however. Intrigued by this idea I began to research to see if it had occurred elsewhere in history. I was astonished to find not only that it had found expression elsewhere but that, in fact, modern Western culture of the last 300 years was the only developed civilization that had not held such an idea about music and its relationship with the cosmos.  There were isolated individuals in recent years who retained these insights, e.g. Beethoven, who declared music to be “a higher revelation than all of wisdom and all of philosophy,” Albert Einstein who claimed his theories were the result of musical perception, and the Indian Sufi musician/teacher Hazrat Inayat Khan

who wrote: “. . . among all the different arts, the art of music has been specially considered divine, because it is the exact miniature of the law working through the whole universe.”   (Khan, 2009, p. 74) 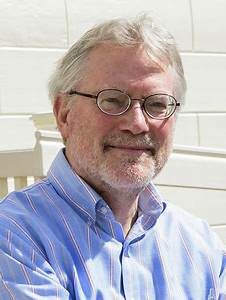 We should also note the work of Joscelyn Godwin, the musicologist who developed the idea of speculative musicology, defined as “looking at the cosmos musically, and at music cosmically,” commenting that: “It seems apt that the present century should have seen the revival of speculative music at the same time that physicists have called into question all the assumptions of their predecessors.” (Godwin: 1982, p. 374)

Overall, however, such insights have been the exception, rather than the rule.

Twenty-eight years later I joined the ranks of speculative musicologists (there are now two of us!) when I completed a Ph.D. dissertation on the subject of musical cosmologies. In the interim, I helped to found Maharishi International University, working in music and in general curriculum development. In the first University Catalog, describing the first-year core course in music, Maharishi and other faculty members crystallized this vision: 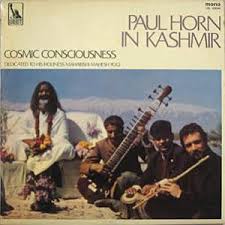 Paul Horn with Maharishi in Kashmir

Everyone finds a tremendous appeal in music because music arises from so fundamental a source that it is parallel to the structure of life and to that of the cosmos as a whole. This is why Pythagoras wrote that music and the universe of heavenly bodies are governed by the same mathematical laws. It is also why music has the power to resonate with every level of the awareness of the listener – mind, intellect, emotions and pure creative intelligence. (MIU Catalog, 1973, p. 247)

Inspired by this experience I continued with my research which I put into a core course for the university and a book on Pythagoras.  In the chapter on music I wrote: 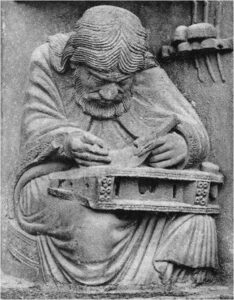 Pythagoras taught that music should never be approached simply as a form of entertainment. Rather, he recognized that music was an expression of harmonia, the divine principle that brings order to chaos and discord, and holds all things in their proper relationships. As such, music has a dual value. Like mathematics, it enables men and women to see into the fundamental structures of nature. But further, if utilized correctly, it can bring the faculties of the soul into harmony with these structures, composing and purifying the mind and body, and thus restoring and maintaining perfect health. (Strohmeier & Westbrook, 2012, p. 79)

Plato from ‘School of Athens’ by Rafael

As I continued with my research this theme became more and more into focus. I found it in ancient Indian, Chinese, Japanese, Arab and Jewish sources, classical Greek literature – particularly Plato. Often known as the ‘Music of the Spheres,’ it has touched upon almost every aspect of our own cultural history: it provided the theoretical basis for the sacred geometry underlying the great Gothic cathedrals and the architecture of the Italian Renaissance; it was a major influence on the curriculum of the medieval universities; it was a recurrent theme running through literature from Chaucer to Dryden. According to author Jamie James, it constitutes one of  “the ‘Great Themes’ of Western thought which “. . . originate in the classical bedrock of our culture, flow through the Christian tradition, and remain firmly centered in the Renaissance and the Age of Reason. It is at the core of the culture.” (James, 2007, p.17) 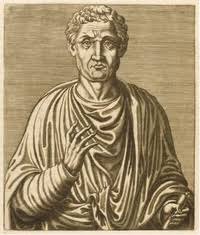 Many of the European sources for this theme followed from the work of the Roman statesman Boethius (c. 477–524 C.E.). His work De institutione musica, originally written in the early sixth century, was printed in Venice between 1491 and 1492 and set the tone for treatises on music for centuries. In this work Boethius introduced the threefold classification of music:

• Musica mundana – music of the world or creation (This “music” was not actually audible and was to be understood rather than heard.)

• Musica humana – harmony of the human body and spiritual harmony

Here Boethius was reflecting a tradition carried forward from the ancient world which held that music – musica instrumentalis – had the purpose of reflecting the underlying harmony of nature – musica mundana – thereby conveying order and harmony to the listeners, the human body and spirit – musica humana. Reflecting this approach, many treatises throughout the medieval period followed the structure and subject matter laid out by Boethius. It reappeared more recently in statements by Maharishi that:

The entire purpose of music is to display the story of life, to give an experience of what fullness is. Music, or the upsurge of fine emotions, serves to life as a fertilizer, serves to freshen all the leaves and branches and tree — the whole thing. (Unpublished notes) 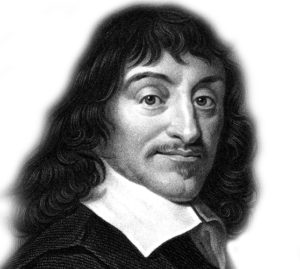 Sadly, this tradition has largely disappeared over the years to the point where, outside of academic discussion of ancient texts, modern treatises on music essentially cover just musica instrumentalis with no mention of musica mundana or musica humana. Largely to blame for this is the current world view which has developed from ideas proposed by René Descartes in the 17th century. Descartes proposed that the mind and body were made of entirely different fundamental substances which could, in principle, exist independently of each other. This has given us a mechanistic understanding of the world from which have followed the benefits of science and technology. Nevertheless, since Descartes’ ideas about how the mind and body interact have been proven incorrect, we currently have no sensible theory of consciousness and hence no fundamental understanding of human experience. This is especially damaging to music and the Arts.

Now, however, with renewed insight stimulated by the ancient Vedic view, we may be on the verge of re-establishing the true value of music, along with the Great Reset of many other aspects of our culture. In this sense, if this can be accomplished, Maharishi will have revived the most essential quality and purpose of music.

Translating this insight into knowledge of specific performance practices will take more time, however, as virtually all music cultures throughout the world have done a poor job of retaining the scientific basis of their art. However, if the true knowledge of music is re-established, it could be extended to the re-enrichment of performance traditions. The first step will come from the field of Yoga. 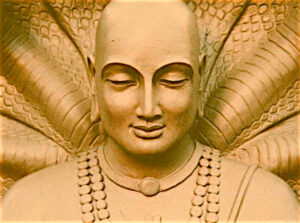 In the first chapter of the Yoga Sutras, (verses 5 – 6) the author Patanjali describes the five levels of mental activity, as follows:

“Understanding,” says Patanjali “is correct knowledge based on direct perception, inference or the reliable testimony of others.” (Yoga Sutras I. 7) “Imagination is thought based on an image conjured up by words and is without substance.”  (I. 9)

In recent centuries artistic expression has been based primarily, often exclusively, on imagination. But this, we learn from Yoga, is without substance. First, therefore, we must understand the specific influences and effects created by music, as well as by art, architecture, etc. A great deal has been accomplished by researchers such as Alain Daniélou, Joscelyn Godwin and others, but the final step is in the realm of consciousness which is the realm of Vedic science. It is this aspect that Maharishi has revived. It is upon this foundation that art can flourish, based on deep knowledge and understanding, but ultimately going beyond science to recapture profound inspiration, growing directly out of pure consciousness, the essence of the Self and of the universe. Then, once again, musica instrumentalis will link musica humana with musica mundana and music will, once again, fulfil its full purpose in human life.

Beethoven’s words, as reported by Elizabeth Brentano, quoted in Beethoven: His Spiritual Development, by J.W.N. Sullivan

James, Jamie, The Music of the Spheres: Music, Science, and the Natural Order of the Universe (Berlin, New York: Springer: 2007)

© A. Peter Westbrook, Harmonia Institute, July, 2020. All rights reserved. Extracted from a talk — Musica Speculativa — given at Temenos Academy, Prince of Wales Institute of Architecture, September 1997 and Mass Communications and the Mythic Image — given at The School of the Art Institute of Chicago and at the Dept. of Fine Art, Maharishi University of Management, Fairfield, Iowa, May 1999.