Our much overdue update on the music of Nestor Torres consists of two recordings and a method book. 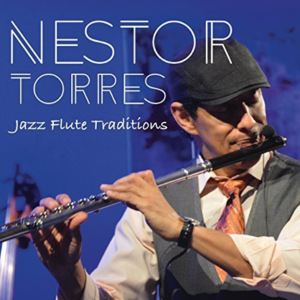 This is a remarkable recording, for a number of reasons. First of all, it is a highly enjoyable, high quality jazz outing that would be essential listening for anyone interested in the flute in jazz. The flute work is outstanding, the rhythm section and the guest artists are excellent, the choice of material is thoughtful, and the recording, done live at Miami’s WDNA-FM Studios, is as good as one could wish for. 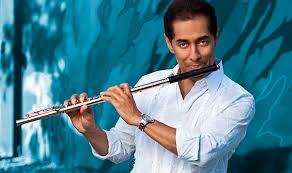 What makes this outing so remarkable for me, however, is simply the fact that Torres is so much more than a jazz flutist. He has been nominated four times for the Latin Grammy Award, which he won outright on one occasion, and the one time we have reviewed his work at Flute Journal it was for a classical recording, Del Caribé, Soy!, which included his performances of work by contemporary Latin-American composers. In his notes to that recording, Torres states his personal goal as “. . . transcending his role as a jazz flautist to that of an agent of change through crossover multi-media productions, compositions and performances.” Clearly, therefore, he does see himself as a jazz artist, although he has not recorded a great deal of pure jazz material. The majority of his earlier CDs were in the Latin music area, although he does stretch that genre to meet his musical and personal goals.

A case in point, if we can digress from Jazz Flute Traditions for a moment, is the album he issued before that, entitled, Dances. Prayers and Meditations for Peace. 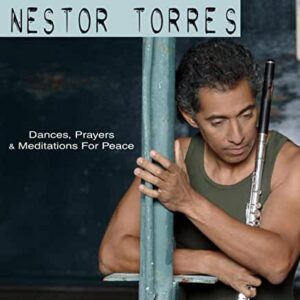 Dances, Prayers and Meditations for Peace

This is another remarkable recording which came about under very unusual circumstances. It is described by Concord Records as:

“Torres’ musical appeal to humanity, his call for people everywhere to rise above the petty distractions that separate us and embrace the universal elements that unite us.”

The circumstances are that Nestor had travelled to Los Angeles to attend the ceremony where he was to receive a Latin Grammy award.  As this had been scheduled for September 11th, 2001, however, these plans were disrupted. It was in response to the horror of that day’s events that Torres decided to fly to New York where he visited churches, temples and synagogues to offer his music to the shocked and dismayed congregants. As the Concord narrative continues:

“Consumed by a mixture of shock and grief in the aftermath of 9/11, Torres traveled to New York City in September 2001 to meditate and perform in various houses of worship near Ground Zero. ‘It was my intention to be a conduit for whatever energy was present in the city at the time, and channel it into music that could transform grief to acceptance, anger to courage, and despair to hope,” he recalls. “From those improvisational performances emerged the songs included in this album.’” 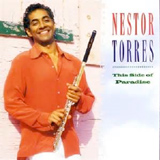 And the songs are remarkable. In many ways they emerge from the genre of the album that won the Grammy, This Side of Paradise. There is a feeling of popular Latin music, with dance rhythms, lots of percussion and featured, high-flying flute solos, But there is another dimension to it. As the album title suggests, the dances are interspersed with more meditative interludes, with prayer-like segments directed to Christian and Buddhist objects, with choral and orchestral backings along with the rhythm and percussion sections. And the overall effect, difficult as it is to describe, is as though the popular, Latin-influenced, highly infectious, dance-oriented sound of the music has been imbued with another, somehow deeper, almost transcendental, dimension that evokes a set of emotions beyond what one would expect from this kind of music, even from a Latin Grammy winning project.

It certainly brings out some very interesting responses. One Amazon reviewer writes “The first couple of times I listened to it, I really liked some tracks and wasn’t so crazy about others, but this CD has grown on me and it’s now one of my very favorites. It’s a difficult CD to classify . . . it’s not really ‘smooth jazz’ but ‘ethnic’ . . . a little Middle Eastern, a little Asian, some Native American, some Latin . . . Nestor Torres has a beautiful tone, even on high notes . . . never harsh or ‘screechy’ as some flutes can be.”  The appreciation for the flute is also found in comments such as “A lot of my friends told me they didn’t like music that featured the flute … and then they listened to this CD and changed their minds.” Another comment seems to sum up the assessment: “A great CD . . . so glad I purchased it!” Even as it helps bring world peace then, Dances, Prayers and Meditations for Peace strikes a blow for the flute in popular music. 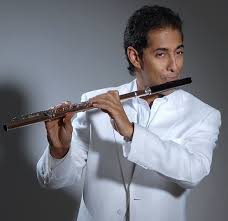 Whatever the quality that Nestor Torres brings to bear on Dances, Prayers and Meditations for Peace, while perhaps hard to define, it is easy to recognise and it crops up again very clearly on Jazz Flute Traditions. Having devoted a number of projects to demonstrating that he is more than a mere jazz performer, excelling in popular and classical formats, he does another U-Turn and issues a pure jazz CD that puts him at the top of the pile in this field. It is perhaps not surprising that Torres should excel in all these areas. Early in his career, having moved to New York from Puerto Rico, he pursued Classical flute studies at Mannes School of Music, Jazz at Berklee College of Music and Classical and Jazz at the New England Conservatory of Music in Boston. After a move to Miami,  he also learned the Charanga Cuban Dance Music style, which helped shape and develop what has been called Nestor‘s “melodic and danceable sound.” 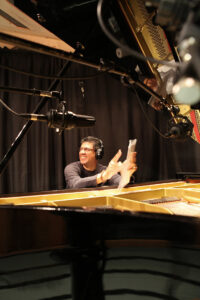 Here Nestor brings it all home. Supported by a fine rhythm section, he pulls out a series of performances that also represent a history of the flute in jazz, each selection recalling and honouring — with Latin-based detours here and there — some of the major contributors to that idiom: Moe Koffman, Herbie Mann, Esy Morales, Joe Farrell, Yusef Lateef, Rahsaan Roland Kirk, Eric Dolphy, Frank Wess, Hubert Laws, Sam Most, Bill McBirnie and Nestor himself. Moving effortlessly between the worlds of Luciano Berio, Severino Gazzaloni, Count Basie and Xavier Cugat, Torres captures the essence of each of these jazz flute artists.

Having demonstrated his mastery of multiple genres it is no surprise that Torres can command the full spectrum of jazz flute styles. Having written The Flute in Jazz, and produced the documentary film of the same name, during which I collected and reviewed hundreds of hours of jazz flute recordings, the best tribute I can offer to Nestor Torres‘ work here is that I found it thrilling and, indeed, in places, moving. I don’t know what greater praise I can bestow. If you are at all interested in, or thrilled by, jazz flute, please do two things. First, purchase this recording; you need it. Secondly, if you can access Downbeat magazine, vote for Nestor Torres in the flute category. Whoever else is there, it is a travesty if he is not! 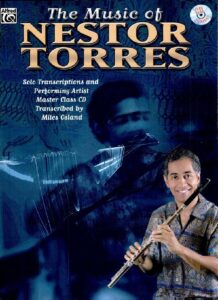 The Music of Nestor Torres

Along with the recordings mentioned above, we must acknowledge Nestor Torres‘ contribution to jazz education. As Flute Journal readers will know, while there is no shortage of material available for flutists interested in advancing their jazz skills, there is something of a lack of coherence in this field. Our readers will shortly find that we are attempting to present a systematic approach to this subject. Once a mastery of core issues is achieved we can then add specific components from the perspective of different artists. We are fortunate to have contributions from Sam Most, Ali Ryerson and others, and among them is this book from Nestor Torres. 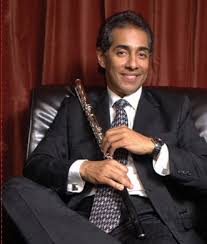 As with his other projects, Nestor has his own way of going about things. While there are many method books on the market for flutists, for jazz as well as other areas of technique, this is more of a master class. Built around transcriptions of a number of his recorded solos, primarily from his earlier Latin oriented albums, Nestor joins saxophonist and educator Miles Osland who is responsible for the transcriptions, for a series of commentaries and interview segments built around the music demonstrated on the accompanying CD. This might seem like a one-off experience except that, for most players, mastering the transcribed passages will take some time and some practice time. Over time, as the student gains mastery over the passages offered, the comments offered sink in also, building an additional dimension to both his/her technique and his/her conception. Eventually, to whatever extent Torres‘ style is compatible with the student’s developing conception, something — much — of value is absorbed into both hand and brain to become part of the emerging artists’ personality. This is the role of the master class as opposed to the method book. Both belong on the flutist’s bookshelf to be taken down from time to time to freshen technical and artistic development. The Music of Nestor Torres is of great value for burgeoning jazz and/or Latin artist, indeed, on some level, for all flutists. Let’s hope that he produces further volumes, perhaps with transcriptions from Dances, Prayers and Meditations for Peace and Jazz Flute Traditions.

Peter Guidi — In His Own write The Shakuhachi, by Riley Lee