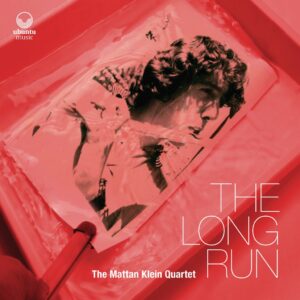 We have had occasion several times to point out that jazz artists seem to garner more attention, and feature more prominently in various polls, when they operate primarily in New York, certainly in the USA. Jazz is, after all, referred to as America’s  classical music. Yes, it was planted in New Orleans, nurtured in Chicago and enjoys occasional outings in Los Angeles. Yet it clings tightly to New York and its language evolves via interactions among New York musicians, just as Western Classical Music had its focus in various centuries in the Low Countries, Italy, Austria, France and the USA. So if a jazz player from San Diego or London is at a disadvantage in the jazz market and distanced from the music’s mother tongue, what happens to someone from Israel? Well, if you are Mattan Klein, born and raised in Jerusalem and educated at The Rubin Music Academy In Jerusalem, even after graduating with honors from the The Berklee College Of Music in Boston, if you then return to Israel two things happen, 1. You struggle to get your music heard but also 2. You develop a language of your own. 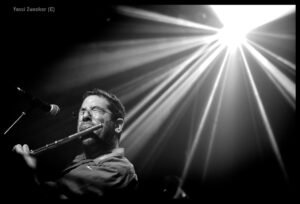 Over half a dozen albums, flutist Klein has thus far presented compositions and performances which display a developing language of his own which is both unique and coherent, while still recognisable as jazz. Five years ago, we reviewed and reviewed Klein’s fourth recording, Sound Tracks. He is just now releasing his seventh, The Long Run, which reveals that there have been new developments in his musical language.

From the rather unique perspective of his training and location it is intriguing to consider the development of Klein’s melodic lines and harmonic structures. (I hope to bring him onto Flute Journal to give a master class on these topics. I, for one, gain some insight by playing along with his solos, and I have charts for several of his compositions after he appeared with me and the Jazz Flute Big Band International at the London Jazz Festival in 2018.)

Our review of  Sound Tracks contains the following about Klein’s style: “It clearly belongs to the current generation of jazz artists, with just a hint of the sensibilities unique to Klein’s world — a touch of New York, a touch of Israel and a reflection of his deep interest in the music of Brazil. It is all integrated into his unique voice, however, one that restrains the use of chromaticism that goes along with this style to create the balance of elements that still evades many performers.” 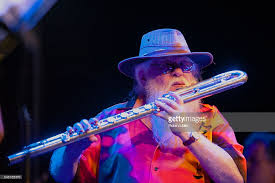 The current recording shows Klein following the same path but moving just a little further along. It is helpful having some comments from Klein himself that we elicited from a brief interview. His comments make it clear that Latin, especially Brazilian, music exerts perhaps even more influence over his work, particularly  the great Hermeto Pascoal. (See also and . . .)

“My lines,” he writes, “are influenced by Hermeto and his compositions. Some methods of writing these tunes were more on the experimental side, music that was brought to life during turbulent times. The 3rd track is an original by pianist Toki Stern, a samba with a great collective improv section to close it off. The Long Run is a Bossa Nova. It urges us to take a big breath and look at the big picture. . . Hopefully an optimistic twist at the very end. This tune also ends with a collective improv section.Azymotiv/Hakaza brings forth a strong Afro Cuban 12/8 groove. This song also has a bridge section after the main theme, which is played before and after the 8 bar solo section.”

Finally, “O Farol Que nos Guia, (The Lighthouse That Guides Us). A beautiful composition by Hermeto Pascoal played in a duet setting. One of his greatest songs of all times!” 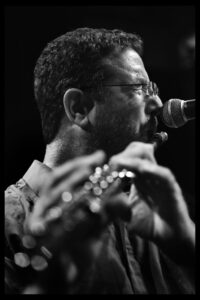 However remarkable it is to find an artist of this originality in an environment hardly associated with jazz, it is even more so to note the support he receives from the accompanying players on these recordings. The two rhythm sections are quite different so, with guest guitarist Nitzan Bar, there are at least seven musicians who share and excel at this mode of contemporary music which continues to grow in this unlikely environment. Mattan explains, “. . . the musicians on the album our colleagues and friends. I’ve been searching for a certain sound for this band, which can only be achieved with the right combination of personalities and talents. Ironically, I had the pleasure of meeting most of my favourite Israeli musician friends in the USA.”

The results are certainly not jazz standards, and there is not too much II-V-I going on. It takes some effort to get into this music but it is very much worth it.”

Used to be a Bossa by Mattan Klein from Sound Tracks