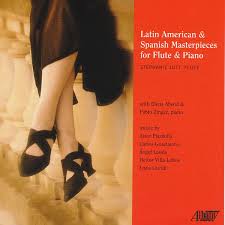 It may not be meaningful in this digital age, but those who know me tell me I sound like a broken record: “We must expand the repertoire for flutists.” “We must expand the musical horizons for flutists . . .” There are many ways of doing this. Stephanie Jutt makes a significant contribution with her new recording Latin American & Spanish Masterpieces for Flute & Piano.

The standard approach to the teaching of music history, at least in the USA, has been far too narrow. Focused on the line of development from the Franco-Flemish masters of the 15th and early 16th centuries via the Italian masters of the mid 16th to the 18th century to the Viennese masters of the 19th and 20th centuries, the text books omit or trivialise numerous music traditions considered peripheral to this view. Some, such as English composers, and even more Spanish or Latin-American traditions, are considered light-weight. Given that the mainstream of Western music charts the descent into insanity that culminates in Salome and Wozzek, perhaps the “light-weight” deserves re-evaluation. 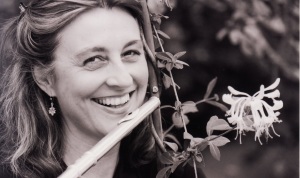 In the spirit of such expansion of horizons, flutist Jutt has carried out just such an exploration, and has demonstrated that the work of Spanish and South American composers can be very much worthy of our attention. Combining the skills of musicological research, transcribing, arranging and final performance, she has produced a recording of the highest quality. This begins with the choice of material. Two of the composers represented here are well known, the Brazilian Heitor Villa-Lobos and the great Argentinian master of the Tango, Astor Piazzolla. In addition, Ms. Jutt introduces us to three composers who would fall into the Down Beat poll category of ‘Talent Deserving of Wider Recognition’: Carlos Guastavino, Jesús Guridi and Ángel Lasala, two Argentinians and a Spaniard. What they have in common is their love of song forms, which, when transcribed by Jutt, become lovely music for flute and piano, capable of gaity and playfulness as well as introspection and melancholy, reflective of the dance as well as the song form. 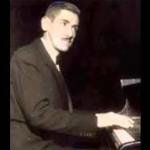 Carlos Guastavino (1912-2000) became known as “The Argentine Schubert” or “The Schubert of the Pampas” on the basis of his song writing — he produced 500 or 600 of them, 162 of which were published. He is represented here by five of his songs plus Introduccion y Allegro a composition for flute and piano.

Also from Argentina, Ángel E. Lasala (1914-2000) was deeply influenced by the folk music of his homeland. Poema del Pastor Coya, an instrumental composition for flute (or violin) and piano (or harp), portrays a shepherd and his instrument the quena, the title of the second movement, which refers to the traditional Andean wooden flute.

Jesús Guridi (1886-1961) is the sole Spaniard included in this album, and he too was inspired by folk and popular music, in his case from his native Basque region. Much of his music is based on Basque subjects, informed by his work publishing Basque folksongs, and setting Basque texts. The three transcriptions included here are Spanish-language songs from his Seis canciones castellanas (Six Castilian Songs). Villa-Lobos is also represented by song transcriptions while Piazzolla cannot be too far removed from the Tango, as in Libertango, or even the ‘’tanguificated’ Bach of of Fuga y misterio. 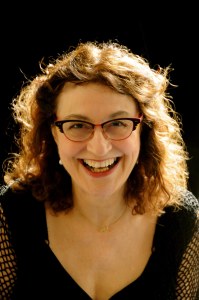 Stephanie Jutt has done us a great service by introducing us to this repertoire, but this is not merely an academic exercise. Ably accompanied by pianists Elena Abend, and Pablo Zinger (and with excellent notes by David Grayson), this is beautiful collection that will delight scholars and music-lovers alike.

(The CD is available on Albany Records, and is also on Amazon and iTunes) 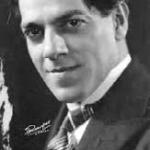 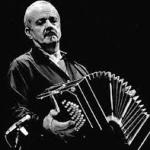