Sara Minelli — Imagination and Understanding
March 14, 2022 (No Comments) by Ganved14 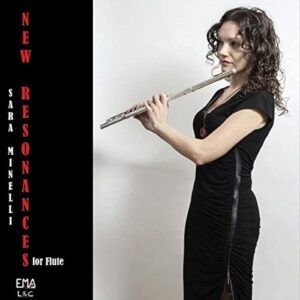 Sara Minelli is an Italian flautist who has been based in London since 2011. As a specialist in contemporary music, with all the technical issues that entails, there can be few flautists who are her equal. It is by chance that two of her recent recordings have arrived at Flute Journal for review in recent days. Her mastery of the material is, in both cases, exemplary. It is, in fact, churlish of me to raise any issues in the face of such masterful performances. Both of these recordings should advance Ms. Minelli’s reputation as an interpreter of 21st Century repertoire. To those interested in that repertoire I should recommend these recordings unreservedly; they belong in your collection.

It is the material itself that raises questions. I have been wracking my brains to determine why I have enjoyed one of the recordings and not the other when, on the face of it, they seem so similar. I have now decided that it hinges on a deep matter of aesthetics. 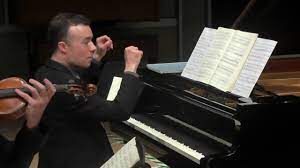 The first recording is by Sara Minelli and pianist Roderick Chadwick performing Where Song was Born by British composer Edward Cowie, with material derived essentially from the song of birds native to Australia, following on from a work derived from the song of British birds. Deeply impressed, I sought out a reviewer who is more familiar with this repertoire. We are very pleased that the editor of MusicWeb International has agreed to share a review written by one of their writers who is very familiar with Edward Cowie‘s work. His name is John France.

After reaching Ms. Minelli in her London home, she sent me a copy of the recording described above as another example of her work. I was surprised to be quite disappointed.

I have never been keen on contemporary music. In graduate school I got in trouble when I asked if we could program a computer to enjoy the music which had been written by the computer as part of our composition class. Later, I spent time in India immersed in deeply tonal music and beginning to note its effect on maintaining good health. Later I studied the Yoga Sutras.

In the first chapter of the Yoga Sutras of Patanjali, a very ancient text, the author describes the difference between understanding and imagination. “Understanding,” says Patanjali “is correct knowledge based on direct perception, inference or the reliable testimony of others.” (Yoga Sutras I. 7.) “Imagination is thought based on an image conjured up by words and is without substance.” Ibid, I. 9)  (Emphasis mine.) In recent centuries, artistic expression has been based primarily, often exclusively, on imagination. But this, we learn from Yoga, is without substance. 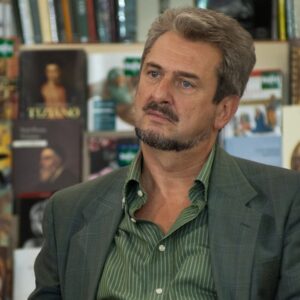 Here is a case in point. Mr. Cowie‘s work, while it seems abstract, is based on something that has been created by Nature, whatever that is. The compositions on this recording have been created by Alessandro Solbiati, Brian Ferneyhough, Jonathan Cole, Salvatore Sciarrino, Alessandro Magini and Matteo Giuliani. While I am not familiar with these gentlemen, I am sure that they are entirely conscientious and eminently skilled. Yet, by definition, they have largely cast aside the mechanics of tonality which gave structure to ‘classical’ music until the mid 20th century. Similarly, the songbirds of Australia do not follow such structures. Yet their unconscious formulations have some inherent quality informed by — here we go again — Nature! 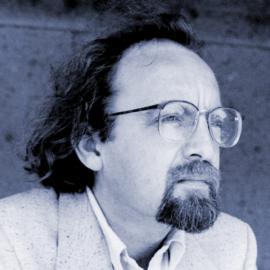 If we knew what Nature is then Humanity would have some chance of passing what Buckminster Fuller calls our “ten year final exam.” Perhaps understanding music would be a start! “Today we consume music in greater quantities than any previous generation,” writes Victor Zuckerkandl, “but we no longer know how to read what stands written. We have forgotten the meaning of the characters.” While Buckminster Fuller tells us: “Rather than being a pleasant sideshow for the more serious central affairs of economic life, you who deal with the music of the universe and the innate coordinate capability of man, may find yourselves being called by society to perform its most responsible task – allowing life to succeed.”

My apologies to Sara Minelli. She does not deserve to have such issues dragged into reviews of her recordings. This, and the companion recording, is top quality contemporary music which should be added to the still small repertoire for solo flute. Minelli does it proud.

Bird Song has played a significant role in the history of music, beginning as far back as the 14th century and extending into the present day with composers such as David Rothenberg and Olivier Messiaen. Wikipedia has an excellent essay on the subject in which they describe the influence birdsong has had on composers: “. . .  they can be inspired by birdsong; they can intentionally imitate bird song in a composition; they can incorporate recordings of birds into their works; or they can duet with birds.”

While the flute, or perhaps the piccolo, would seem to be an excellent candidate for the representation of birdsong it is by no means the most prominent instrument among composers who venture into this field. 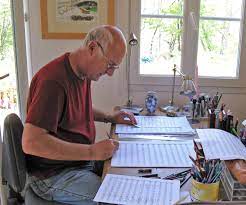 So it is of considerable interest to learn of a new recording, which finds  Sara Minelli joining forces with composer Edward Cowie. Edward Cowie is described as “one of the most individual and notable voices in contemporary music and considered by many to be the greatest living composer directly inspired by the natural world. He has worked for over 40 years writing music in response to landscapes and the voices of creatures.”

This work work takes its shape from discoveries made by Edward Cowie in his role as an ornithologist and visual artist as well as a composer. as does his 2021 piece Bird Portraits. However, while the earlier work is scored for violin and piano and features bird song from his native Britain, Cowie‘s new release stems from time he spent in Australia and is written for flute and piano.  It is a remarkable recording. 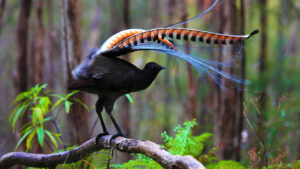 As mentioned above, I spent some time trying to understand what it was that set this work apart from the work of the other composers featured on Minelli’s New Resonances release, and I concluded that because their’s was the work of human imagination, while Cowie has enlisted the aid of 24 Australian song birds to provide the melodic material for his suite. To these, Cowie has added just enough to transform the raw material coming from Willy Wagtail, Mangrove Kingfisher and Lyrebird to shape it for the flute and to add a piano part. Where Kukoborra ends and flute begins is very hard to say without seeing the actual birdsong transcriptions. Suffice to say that the end result is a balance between Nature and Art. Make no mistake, Cowie‘s hand can be discerned in the final result. But it is a light touch, and that is what makes it music rather than Nature. But Nature resides in art as much as it does in the innocence of life. For this balance, credit must go to the composer. At the same time, I think I would prefer to have the score in front of me, at least the first time I listen to this work! 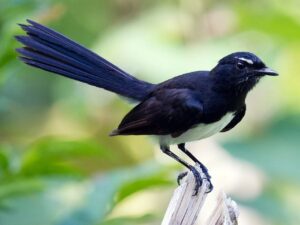 This is not to forget the performers. It is a drawback of much contemporary music that it can be very difficult to judge performances as to accuracy and interpretation. Nevertheless, while we wait for more expert assessment, I will stick my neck out and say that Minelli and Chadwick give, as far as one can tell, flawless performances. Minelli must now be carving out a reputation among world leaders in the interpretation of contemporary music. If that repertoire is important to you, these recordings deserve a place on your shelf. 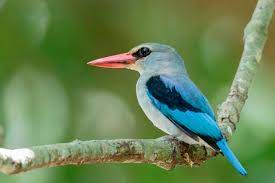 Here Sara Minelli performs The City of Melania for solo alto flute, written for her by Iranian composer Rouzbeh Rafie.