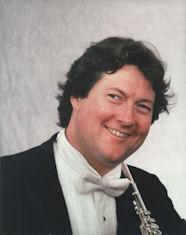 It is with great sadness that we must report the death of Robert Stallman, 73, a multi-faceted artist with interests in a wide-range of repertoire including being a sought-after performer of contemporary American music, an editor and publisher of flute music  and an influential teacher at the New England Conservatory. His wife, Hannah, writes:

It is with great sorrow that our family shares with you the sad news of Robert Stallman’s unexpected passing, yesterday, March 12. While our Bob has always had such deep inner aliveness, whatever the circumstances, it was difficult to know how ill he was…it seemed he would vibrate forever. He could even fool doctors. As his beloved mentor, Jean-Pierre Rampal, once said, in their joint NPR interview with John Rubenstein in 1984, Robert is “une force de la nature”.

A full tribute is in preparation.