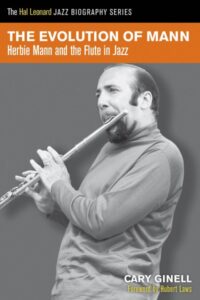 Earlier this year we published a transcript of my interview with Herbie Mann which was carried out for my book The Flute in Jazz: Window on World Music.

This was first published in 2009. Five years later, however, in 2014, jazz writer Cary Ginell published a biography of the jazz flute pioneer which he entitled The Evolution of Mann: Herbie Mann and the Flute in Jazz.

There is no doubt that this book makes a very valuable contribution to writing on the flute in jazz, which is certainly a very sparse list, especially given the significance of Herbie‘s contribution to this field. So we should have reviewed Ginell‘s book long before now. My apologies to the author. And my congratulations; Mr Ginell has produced a work of great quality.

I have always found biography writing astonishing. How much research can an author do? And even then, how do they dig out some of this obscure information? For example, how did Richard Sudhalter, in his biography of Bix Beiderbeck, find out  about the content of private conversations Bix had with his high school friends during their, often drunken, outings? I called a friend, Richard‘s sister, prominent New York flutist/saxophonist/bandleader Carol Sudhalter, and she told me he took ten years to write the book, meeting with Bix‘s sister and other acquaintances, etc. to gather all this detail. However, the Beiderbeck biography was Sudhalter‘s main work in this area; he was a journalist by profession. Ginell, on the other hand, has also published biographies of saxophonist Julian “Cannonball” Adderley, Hoagy Carmichael, Billy Eckstein, Terry Gibbs, Broadway Musicals, Hollywood’s Jazz Man Record Shop, The Decca Hillbilly Discography . . . 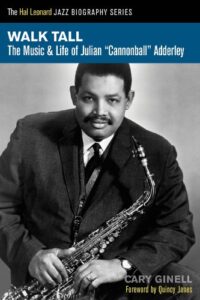 Nevertheless, the level of detail is still impressive. And in Herbie’s case, gathering it must have been particularly difficult as the flutist had many more phases to his career than perhaps most musicians, covering a variety of countries and genres.

Starting as a clarinetist and tenor saxophonist following his youthful fascination with Benny Goodman and Lester Young, Herbie Mann took up the flute in 1953 in order to get a gig with accordionist Matt Mathews. From that point on,” Ginell writes, “Herbie‘s career hopscotched from one ‘opportunity’ to another. It appeared that chance encounters and inclinations drove his professional path, as he used his instinct and lack for business to make his decisions.

“That, in addition to an innate restlessness, made him a nomadic presence in jazz throughout his life. To his fans, it was exciting, for they never knew where he was going to go next. To critics interested in the convenience of pigeonholing him as one kind of musician or another, it was frustrating. In many cases, they gave up on him altogether as he jumped from one musical style to another, crossing not just to the continent but exploring world music as no other musician had done before.” 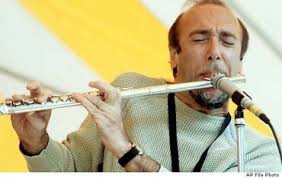 This statement neatly sums up the driving force behind Herbie’s career in music. But it also indicates the difficulty involved in writing his biography. True, Ginell had more access to his actual subject than did Sudhalter. At the same time, however, rather than exploring Bix‘s contacts in Iowa and Chicago, Ginell had to move to a whole separate set of contacts and influences as Herbie moved from one phase to the next, from New York to Africa to Brazil to Muscle Shoals to Hungary . . .

In spite of this, Grinell does a superb job. He tells Herbie‘s story with great sympathy, accuracy, clarity and style. Anyone interested in the flute in jazz, in fact anyone interested in jazz in general, or in world music in the 20th century, should have this book on their shelf. In addition, Grinell treats Herbie with affection and with admiration. It seems this typical. Whatever the critics thought about him, Herbie clearly earned the respect of many musicians. In my chapter I ran an appreciation from guitarist Larry Coryell which concluded: “Herbie taught me the value of a melody. And he made jazz accessible for a huge number of people. . . Because of what he did, the kind of music he presented, he made jazz fans out of many people who would not otherwise have been jazz fans.” 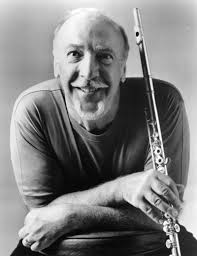 Herbie felt the same way. Although he made it clear to me that he was not totally proud of some of his recordings, when Cary Grinell asked him what he thought he would be remembered for, he listed his contributions to the flute in jazz, to the music of Brazil, to world music in general and to the overall goal that he shared with us at Flute Journal: “I think the musicians now, their vocabulary incorporates a lot broader spectrum than it did in the fifties and sixties. I think that there are people who are more tolerant of more different music forms than before. And I think I had a part in that.”

I think Cary Grinell should be equally proud of his own accomplishments. I am going to purchase his book on Cannonball and read it for pure pleasure. Flute Journal readers should buy his book on Herbie Mann.