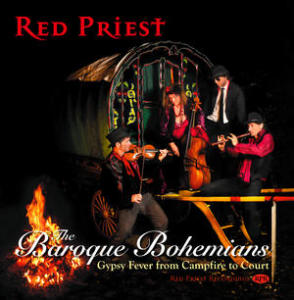 Since we at Flute Journal started exploring the world of the recorder, (beginning with the discussion Is The Recorder a Flute,) I have been deeply impressed with a number of events we have attended, artists we have encountered, recordings we have been sent. A series of articles will follow on these topics, but one CD review has pushed itself to the top of the UK Specialist Classical Chart (and to no.7 in the Classic FM Combined Chart).The artist is Piers Adams, his group is Red Priest, the recording is The Baroque Bohemians and my first impression of the music is that the top of the Specialist Classical Chart is exactly where it belongs! 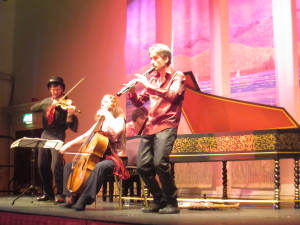 Founded in 1997 and named after the Red-Haired priest Antonio Vivaldi, over the course of an eventful 20 years, a dozen albums, 700+ concerts and numerous world tours, Red Priest has been compared with the Rolling Stones, Jackson Pollock, the Marx Brothers, Spike Jones and the Cirque de Soleil, while Adams and has been described, among other things, as flamboyant, irreverent, visionary, heretical, outrageous and the “modern day wild man of the recorder.”

As a recorder player, with a group consisting of harpsichord, violin and cello, Adams might be expected to specialise in early music. Trouble is, he and his cohorts seem quite averse to doing what is expected of them. Thus, while they might offend early music specialists from time to time, their audiences appear totally unconcerned about “authenticity” — a very troublesome concept at the best of times — and simply enjoy the energy, virtuosity and musicality that Adams and Red Priest put into their performances, which, ironically, may reflect the spirited performance practices of the Baroque period more accurately then many modern reconstructions, even if this group’s arrangements have been described as a “break-all-rules rock-chamber concert approach to early music.” 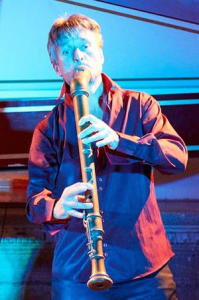 That is a debate for another day, but after seeing the group enchant an audience of school children in Kendall,UK, as well as recorder enthusiasts in Cambridge, and — most impressively — delight my wife who is no fan of Baroque music (“I have never really enjoyed Baroque music before” she told Piers, “That’s because I messed with it,” he replied), I decided that exploring the recorder world was going to be more interesting than I thought.

In this instance, for their 20th anniversary recording, they turned to the quartet’s relative newcomer, violinist Adam Summerhayes, who undertook some extensive musicological research to produce a series of arrangements that reflect his particular interest in the influence that gypsy musicians have had on the classical and baroque traditions. “Generations of now-forgotten gypsy musicians have exerted a powerful fascination on composers from Biber and Telemann in the 17th century to Ravel in the 20th,’ he states. “An erotic blend of expressivity and virtuosity and a sense of freedom and rule-free, unbounded creativity made the musicians in this race of persecuted outcasts a valued social commodity for centuries.”

No-one knows the exact details of the influence these musicians had on their contemporaries, but, in response, Red Priest examines a number of 17th century works and attempts to re-create the spirit of their influence. Beginning with Heinrich Biber, who was known to come from a gypsy heritage, and progressing to Telemann and Byrd who consciously sought to incorporate such influences, to more obscure, even anonymous composers of the period, to Handel and Vivaldi who clearly reflect this influence in their work, the quartet traces the gypsy spirit throughout the baroque. For the listener, this is not of merely historical interest; it lends an appeal to the music that has brought Red Priest to the Top of the Classical Charts and will, hopefully continue to do so for another 20 years.

Forget whether this is a flute or a recorder. Don’t worry whether it is historical or fanciful. This music is beautiful, spirited and great fun. Just enjoy. 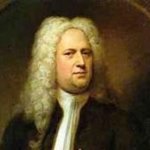 Heinrich Biber
1. Violin Sonata No. 1 in A major 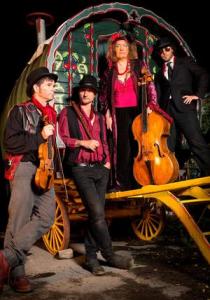