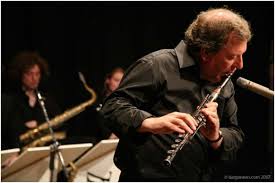 It is with sadness that we announce the passing of a great contributor to both the flute in jazz and to jazz in the Netherlands. Flutist and saxophonist Peter Guidi died from the effects of Creutzfeldt-Jakob disease  in Amsterdam, April 17th, at the age of 68

Guidi‘s appearances at such events, leading both his quartet and his big band, continued after he moved to the Netherlands. He was seen at many national events, including several appearances at the North Sea Jazz Festival. He was also prominent as a jazz educator, becoming the head of the jazz department of the Amsterdam Muziekschool where he led several ensemble and big band workshops for students of all ages, beginning with students as young as nine years of age. These bands included the Jazz Kidz, Jazz Juniors, Jazz Generation, Jazz Focus Big Band, and Jazz Mania Big Band. He was also co-founder of the Junior Jazz College, a collaboration between the Muziekschool Amsterdam and the Amsterdam Jazz Conservatory. Since the Jazz Department began, in 1988, his bands won a total of 87 prizes in national and international competitions. 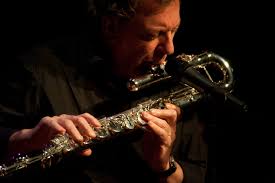 In 2008, Guidi co-founded the first edition of the Netherland National Youth Jazz Orchestra (NJJO) which has become an established bi-annual event. In 2010, Hi was awarded a Dutch Knighthood (Ridder in de Orde van Oranje-Nassau) for his pioneering work in jazz education in the Netherlands.

Here is what Frank Wess had to say about Peter Guidi:

“I believe there are new roads to explore, I don’t believe everything has been said on the jazz flute. For example I’ve heard some experimental work being done by Peter Guidi that I like very much, I find it very interesting.”

AllMusic Review of Weaver of Dreams by Steve Loewy

While Peter Guidi is a magnificent flautist, it is the way he tastefully tinkers with tradition that makes this recording so deliciously listenable. Most of the tunes were composed by Guidi (with some exceptions, such as the gorgeously performed “Stardust” and “Alone Together”). Along the way, Guidi picks up a variety of flutes (bass, quarter tone, alto, and the customary instrument), and does more than simply blow — he sings while he plays, clicks the keys, and adds assorted other effects, transforming his sound into something a bit new. Throughout is the absolutely beautiful music and a commitment to melodic invention. Guidi‘s rhythm sections support him ably, but he is clearly the engine that drives the show. The two recordings at Montefiori‘s castle in Italy spawn a lovely echo effect, but without the influence of any new age whispering. This one ought to excite fluto-philes and anyone else who simply enjoys a rich, deep voice that veers just enough off-course to snare and titillate.

An extensive interview with Peter Guidi from 2017

And a video tribute from Netherlands photographer Ferry Knijn: