Omar Faruk Tekbilek, Turkish Master of the Ney
October 25, 2017 (No Comments) by Ganved14 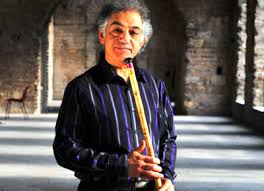 Following the enthusiastic response to Steve Gorn’s performance on the bansuri of northern India music at the 2009 National Flute Association convention in New York came the formation of the NFA World Music Committee. Subsequent visitors to NFA conventions noticed the presentation of more non-Western genres, beginning in Charlotte, North Carolina in 2011, when a major world music artist, along with his award-winning ensemble, exposed members to not only one of the more exotic forms of the flute, but one of the most ancient.

Omar Faruk Tekbilek was born in Turkey to parents of Egyptian and Turkish/Syrian origin. Having lived for some time in the United States, he is equally well known in Greece, Brazil, and Israel. He has recorded and performed with musicians of international repute representing a wide range of backgrounds and genres, including Nusrat Fateh Ali Khan, Ofra Haza, Don Cherry, Jai Uttal, Karl Berger, ex-Cream rock drummer Ginger Baker, Simon Shaheen, Hossam Ramzy, Glen Velez, Bill Laswell, Mike Mainieri, Peter Erskine, Trilok Gurtu, and Brian Keane, an American guitarist, composer, and producer with whom he has recorded several highly successful CDs. So while Tekbilek’s origins are firmly rooted in Turkish soil, his music continues to grow and develop, its Middle-Eastern foundations freely influenced by American jazz and Arabian classics. 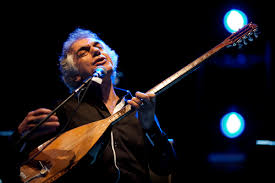 In line with this breadth of accomplishment, Tekbilek is also a multi-instrumentalist, one result of the many years he spent earning his living in the recording studios of Istanbul. He performs on a dizzying array of wind, stringed, and percussion instruments—including the zurna (a double-reed oboe like instrument), the baglama (a long-necked lute), and the oud (the classic lute)—and is an accomplished vocalist. Of primary interest to flutists, however, is his work with one of the most elemental of all instruments, the ancient end- blown flute known as the ney.

Ney is an old Persian word for the reed from the arundo donax, or giant cane plant, found throughout southern Asia and the Arabic Peninsula, from which the instrument is made. Also known as nai, nye, nay, gagri tuiduk, or karghy tuiduk, the ney exists in various forms in Persian, Turkish, and Arabic traditions. It is a most ancient instrument; depictions of ney players can be seen in wall paintings in the Egyptian pyramids, and actual neys dating back to 2450 BCE have been unearthed in excavations of the royal cemetery of Ur in southern Mesopotamia. This indicates that the ney has been played continuously for perhaps 5,000 years, making it one of the oldest musical instruments still in use. From the 12th century CE onward, the ney became the principle classical wind instrument throughout the Islamic world and today is the only wind instrument found in Arab art music. 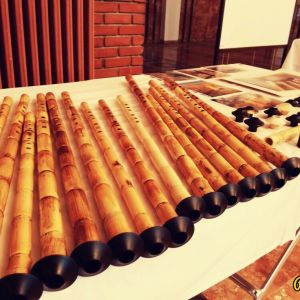 To Western flutists the ney appears to be a bafflingly simple instrument. It consists of a single piece of hollow cane or reed with five or six finger holes and one thumb hole—no keys, no lip-plate. The sound is produced by blowing obliquely into the tube, not unlike blowing into a bottle, except that the air bounces off one inner side of the flute to produce the sound. Modern neys may be made of metal or plastic tubing, but, as with the Indian bansuri, nothing quite reproduces the elemental sound produced by the natural material of cane or bamboo.

Tekbilek’s interest in this ancient instrument was stimulated by spiritual as well as musical values. The instrument has a special, historical relationship with the ancient Sufi order of Turkey known as the Mevlevi Dervishes. Sufism represents the more mystical, esoteric branch of Islam, given to the use of various techniques to produce altered states of consciousness, among them the whirling dance forms of the Dervish order, for whom the ney is traditionally the primarysource of accompaniment. 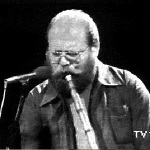 Tekbilek was exposed to this tradition during his years in Istanbul, and the head Neyzen,or ney player, Aka Gunduz Kutbay, became a great source of inspiration for him. He was profoundly influenced by the Dervish’s mystical approach, which he describes as a “fusion of sound and spirit,” and it led him to a deep involvement with the music of the ney, which is now a central part of his music.

In many traditions the flute has been considered too sensual for classical or religious music, whose practitioners have preferred the more austere sounds of vina or harp. “The flute is not an instrument that has a good moral effect,” states Aristotle in his Poetics. “It is too exciting.”

From Tekbilek, however, I learned that in the Islamic world the ney is viewed rather differently. For one thing, the instrument escaped the ban on music that held throughout Islam for many years.

“When Mohammad established our religion, music was associated with drinking and other bad things, so he banned music for a long time,” says Tekbilek. “But then, when the Sufis came out in the ninth and 10th centuries, even though music was banned, Mohammad said: ‘The ney is touching my heart, so I cannot say anything about this instrument.’ So it was the collective gatherings that were banned, not the ney.” 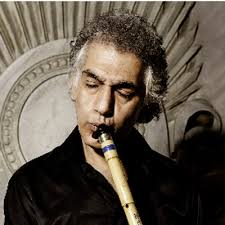 Tekbilek explained that, in the Arabic tradition, the flute is actually considered divine, because of its relationship with the breath. As he told me:

There is a story about this from ancient times. There once was a great saint and he went out into the desert. After a while, he heard the sound “hooo,” and this sound is the name of God, but he was wondering where this sound was coming from. So he climbed down a well and he saw that there was a bamboo down there, and the wind was blowing through the hole and saying “hooo.” And this revealed a great secret, as the saint explained to his disci- ples, that everything in the universe recites God’s name without instruction, but only human beings need thought, imagination, knowledge of past and future—they mingle, and our minds are occupied by those things. But this sound—its name is caught in our breath. Just be conscious of this. It is already there—just be aware of it.
This was so simple—he was overwhelmed with the fact that this was such a simple thing. That’s why we consider ney, when you blow into it, we are putting that Name into it to get the sound. So, in our tradition, we consider the ney to be divine, because it comes out through our breath. As the deity cleaned us inside and then blew his breath into us and we became alive, so the same thing with ney: we clean the inside and then we blow into it.

The legends surrounding the ney are matched by its sound. In the right hands, it has an elemental quality, as befits an instrument of such antiquity, created from such natural materials. It is no wonder that it is linked with spiritual expe- rience, and perhaps no surprise that, under its spell, Tekbilek studied religion with thoughts of becoming a cleric, or Imam. 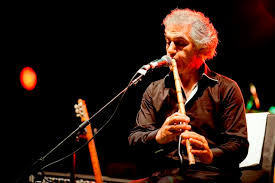 Fortunately for the world of music, the recording studio exerted a greater allure than the mosque. A decade of work in Istanbul studios established him as one of the top session musicians in Turkey. From there his career expanded into concert tours of Europe and Australia. His first visit to the U.S. came in 1971 when, at age 20, he toured the country as part of a Turkish classical/folk ensemble. Once on American soil, two fateful meetings determined the subsequent course of Tekbilek’s life and career.

The first occurred backstage after a concert in Rochester New York, where he met his future wife, Suzan. “I was 19 and she was 16, and we wrote to each other for two years. She came to Turkey in 1974 and we got engaged and married the next year.” They settled in Rochester, which has a large Turkish community, and for 17 years Tekbilek worked as a steam presser and cloth cutter for a large tailoring company.

It is a most ancient instrument; depictions of ney players can be seen in wall paintings in the Egyptian pyramids, and actual neys dating back to 2450 BCE have been unearthed in excavations of the royal cemetery of Ur in southern Mesopotamia.

And yet he could not turn his back on music. During the day he worked on custom suits for Paul Newman and Arnold Schwarzenegger. At night he performed for local weddings and other gatherings with an ensemble called the Sultans, with musicians from Turkey, Egypt, and Greece, playing a kind of Middle Eastern dance music. Tekbilek recorded five albums with this group without achieving any national prominence. But all of this changed with the second of these two fateful meetings, which occurred in 1988 during one of the group’s occasional forays into New York City. 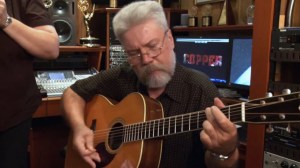 Grammy-winning documentary composer Brian Keane was working on the soundtrack for the movie Suleyman the Magnificent and was looking for musicians familiar with Middle Eastern instruments and forms. He dropped by a belly-dance club called Fazil’s in Manhattan’s Hell’s Kitchen neighborhood, where he heard the Sultans perform. He hired Tekbilek on the spot, beginning a collaboration that has last- ed to this day. The film score was highly successful and Tekbilek has subsequently recorded five more albums with Keane, as well as several solo albums.

The music that has evolved is a fusion of different genres. Turkish music has itself absorbed many influences, some from the East, some from the West. That gives his music what Tekbilek calls “four corners”—the classical, folkloric, and religious aspects of the Turkish tradition, and the Arabic, or as he calls it Arabesque, influence prevalent in that part of the world. Thus his performances display moments of deep mysticism, where the ney plays a prominent role, alternating with a strong romantic element of “heartbreaking love songs” cheek by jowl with ensemble dance-type forms and free, almost jazzy, flights of imagination.

Asked to categorize his music, Tekbilek says, “You should call it Mediterranean music,” noting that it is rooted in the music of Turkey, Arabia, Greece, Persia, and even Spain. Yet all of these influences are wrapped in a Western package, as Tekbilek frequently performs and records with American musicians such as Keane, requiring that the microtonal requirements of Arabic and Turkish music blend with the equal-temperament of guitar and keyboard. It is always an intriguing mix, however, and one in which the most ancient of flutes contributes its prominent color.
And through its link with the Sufis, the ney also brings the deeply spiritual affect, expressed as a deep longing by the indi- vidual to be reunited with the divine, famously expressed over 700 years ago by the famous Sufi poet Jalal Al-Din Al-Rumi, in the opening words of his Mathwani (or Spiritual Couplets): 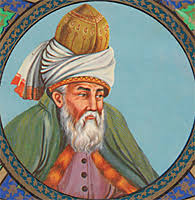 Listen to the reed, how it complains

and tells a tale of separation pains.

Ever since I was cut from the reed bed,

my lament has caused man and woman to moan.

I want a bosom torn by separation,

to explain the pain of longing.

Everyone who is far from his source

longs for the time of being united with it once more.

Peter Westbrook is the founding chair of the NFA World Music Committee. He is the author of The Flute in Jazz: Window on World Music.

A version of this article first appeared in the Winter 2011 issue of The Flutist Quarterly, the member magazine of the National Flute Association, and is used here with permission. nfaonline.org