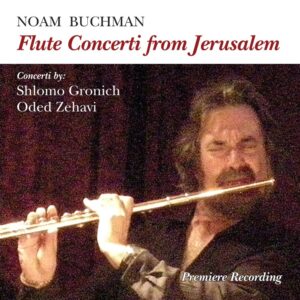 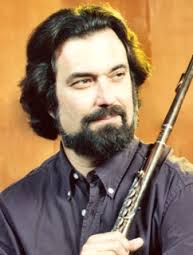 Some time ago, a review by Robert Bigio introduced Flute Journal readers to Israeli flutist Noam Buchman, Principal Flute of the Jerusalem Symphony Orchestra. As with many artists from outside major music markets in Western Europe and the USA, Buchman remains among what Downbeat Magazine refers to as “Artists Deserving Wider Recognition.” This, in spite of numerous appearances as a soloist in concerts and recordings, not only in Israel but also with diverse orchestras and chamber ensembles in leading concert halls throughout Europe, North and South America. He is a founding member of the Israel Contemporary Players and teaches flute at the Jerusalem Music Academy.

CDs by Buchman include flute concertos by Nielsen, Ibert, Partos, Ernest Bloch, as well as chamber music by Bach, Schubert, R. Strauss, Ben-Haim, Zehavi, Leef, Ran and Sheriff, a repertoire that ranges from the Baroque and the Classical periods to much contemporary. In addition, significant part of Noam Buchman’s activity has been devoted to bringing Israeli music to the attention of a wider audience and many of the more prominent Israeli composers have dedicated their works to him. In recognition of his unique contribution in this area he was awarded the “Prize for Excellence in Performing Israeli Music” by the Arts and Culture Council of Israel, and the “Oedeon Partos Prize” by the Israeli Minister of Culture. 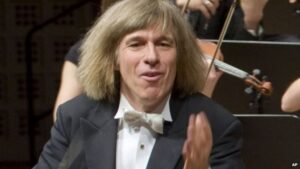 In this context, it would be an oversight for us to overlook Bachman‘s 2009 CD Flute Concerti from Jerusalem, featuring works by Oded Zehavi and Shlomo Gronich, representing, as it does, two major goals of Flute Journal — high quality performance and the expansion of boundaries for flutists. Regarding the quality of the performance, there can be no doubt. Mr. Bachman‘s achievements as orchestral and solo performer speak for themselves. To  hold his position with the Jerusalem Symphony itself speaks volumes, although, for part of this recording, he has also teamed up with a prominent German orchestra the  Nordwestdeutsche Philharmonie. conducted by Israel Yinon. Mr. Yinon, who sadly passed away in 1915, grew up in Israel and later moved to Germany, but continued to specialise in the work of Israeli composers, particularly those who passed away during the holocaust. This not the case with either Gronich or Zehavi, both of whom are still living. Nevertheless, in partnership with Buchman, Yinon is able to reach into the core of these works and locate an essence that combines characteristics of 20th century composition with a level of feeling that is deeply Israeli in nature. For example, the 3rd movement of Zehavi‘s concerti, has both the flute melody and orchestral textures that are deeply moving in a way that much of contemporary music fails to capture. And yet it remains contemporary, perhaps by exhibiting an element of timelessness. 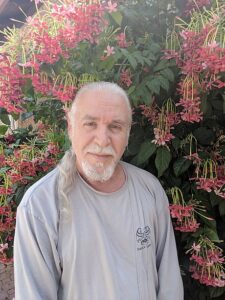 Mr. Gronich‘s work is also something of a hybrid. It owes more, perhaps, to Stravinsky and Boulez in places but also reflects Gronich‘s extensive background in writing music for films and the theatre. There is an element of drama and overtones of Romanticism, interspersed with some extended techniques. The final movement is, again, moving, but also charming, with a lovely flute line dying away, at the end, to silence.

The bottom line here is that these works both belong solidly in the flute repertoire and Noam Buchman is quite right to champion them. I very much hope that he has some more up his sleeve! 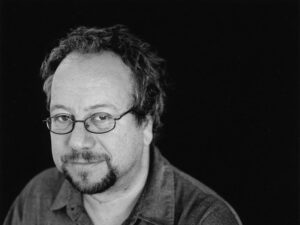 Performance of the Schlomo Gronich Concerto