My Success Story with Focal Dystonia by Andrea Brachfeld
August 26, 2016 (No Comments) by Peter Westbrook

[Editor’s note: Focal dystonia is a condition that is of interest to all musicians. According to Wikipedia:

Focal dystonia is a neurological condition that affects a muscle or group of muscles in a specific part of the body, causing involuntary muscular contractions and abnormal postures. For example, in focal hand dystonia, the fingers either curl into the palm or extend outward without control. In musicians, the condition is referred to as musician’s focal dystonia, or simply, musician’s dystonia. In sports, it is commonly referred to as the yips.

Dystonia has a variety of causes – but dystonias affecting the hand are often caused by performing repeated hand movements. Such dystonias are known as “focal task-specific dystonias”. They can affect any profession which requires repeated movements but, for perhaps obvious reasons, are more common among musicians than any other professional group, in fact it is estimated that they affect approximately 1-2% of all professional musicians. Hand dystonia affecting musicians is often called musician’s dystonia or musician’s cramp. But while this is its most common form it also strikes facial muscles that are affected by the formation of embouchure on woodwind or brass instruments.

There is no shortage of information about this condition (see the online references listed below, for example), although within the medical profession itself, it is thought that there is no cure. However, it is notable that while some musicians have had their careers ended by focal dystonia, others have found ways of overcoming the disease. 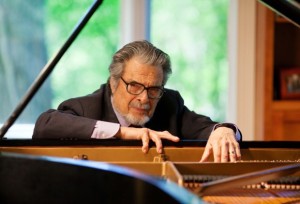 * Perhaps the most famous example is Leon Fleisher. An international concert pianist, he suffered from this affliction in his right  hand beginning in the 1960s and switched to only left hand playing. In the 2000s, however, he regained use of his right hand and recommenced performing and recording with two hands.
* Liona Boyd, Canadian classical guitarist, known as the “First Lady of the Guitar”, retired from the concert stage for six years in 2003, due to focal dystonia that affected her right hand. She worked to retrain her right hand and since 2009 she has been performing again as a guitarist
* David Leisner, classical guitarist, has recovered the full use of his hand after a decade of disability.
* Badi Assad, Brazilian singer-guitarist, was diagnosed with focal dystonia in 1999; she eventually recovered and resumed her career.

Andrea Brachfeld is a well-known jazz and Latin flutist from New York (see: http://flutejournal.com/cd-review-andrea-brachfeld-lotus-blossom/) who had an encounter with focal dystonia but was also eventually able to overcome the condition. She has been kind enough to tell her story for Flute Journal readers.]

My Success Story with Focal Dystonia,  by Andrea Brachfeld 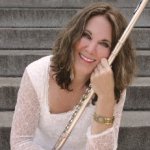 It is always hard to tell this story from the beginning because no one ever imagines that you will actually get Focal Dystonia so we ignore the beginning of the condition as minor and insignificant. We might wake up one day and find that there is a small uncomfortable feeling in our fingers, but we dismiss it and just keep practicing. Then another day we might wake up and find our fingers are not moving right when we are playing our instruments. Again, we will dismiss this as we think that we can overcome such small annoyances. But the day that we wake up and find that our fingers are locked and it does not go away is the day that we have to notice that there is something wrong.

That is what happened to me. In the beginning it was minor and as I am a type A personality, I dismissed it thinking I just needed to relax and maybe sleep a bit more; maybe I just needed to practice a bit more. In any case, it didn’t go away and when it became impossible for me to play at all, I realized that I had to take this condition seriously. I started to do some research on the internet to see what I could possibly have. The fingers on my right hand, when I placed them on my flute, just stayed there. They would not move. They were stuck. The fingers on my left hand would not stay on the keys. After a significant amount of research, it became clear to me that I had the condition called Focal Dystonia. 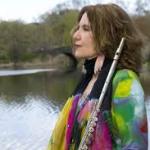 At that point I started to backtrack, trying to come up with why this was happening. The research says that what could trigger this is an accident, an injury, or some kind of shock to the system. So I came up with two things. At the time the symptoms started my boyfriend, at the time, had dropped me like a hot potato. It came as a total shock to me and devastated me. If I hadn’t been so in love with him, I would have seen the signs, but I was, so I didn’t. The other thing that happened was that Hubert Laws invited me to play with him at the Cape May Jazz Festival. I remember practicing like a fiend so I could sound good. So I practiced for hours which also, so I thought, was healing my broken heart.

Well the concert came off okay but I realized that I really needed to pay attention to what was going on with my fingers. So the next step was to go to see a neurologist who could officially diagnose the condition. I just so happened to choose the most well known neurologist in the field who after a few minutes confirmed the horrible facts; I had Focal Dystonia.

His immediate solution to the problem was to inject Botox into the fingers to make the muscles stop spasming. The injections would have cost $500-1000 a pop so that was clearly out of the question. 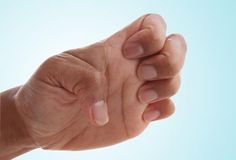 What happened next was that I sought out a number of alternative healing therapies from acupuncture to massage to the Feldenkrais Technique. Nothing worked, and it was getting more and more difficult to play.

My turning point of healing was when I came across an article by a guitar player who had FD. He stated that he was on the path to healing but had a disclaimer stating that he couldn’t be certain that everyone could achieve the same results. At that time as well, I remember changing my focus, my energy, from why, to just needing to heal and not caring why. I had also recently seen a special on six to seven blues guitarists who each had difficulty playing the guitar. One guy used a butter knife to play since he had such severe arthritis. Another man played with his feet. This really inspired me to start the process of healing. If they could play, so could I! 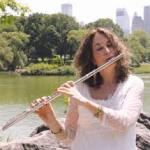 So I called J and asked him if he could help me. I remember the first thing he asked me was whether I had a broomstick. I hesitated as I didn’t know this person but I figured that I could always just hang up if he got weird or something. So I went to get the broomstick and he told me to place my fingers on the broomstick as if it were my flute. I did so. Then he told me to pick up my fingers as though I was playing the flute. I did as well and had no problems. My fingers didn’t trigger. He said that was really good and that I probably would be able to heal myself. Glory upon glory!!! Then he proceeded to tell me to just practice picking my fingers up and down on the broomstick. The premise behind that was to not place the fingers on the broomstick but concentrate on picking them up to change the neurological patterns of how to play the flute. We always think of pressing the keys down.

I very gratefully thanked him, hung up, then realized that if I really wanted to heal myself, I needed to do these exercises a lot and carrying around a broomstick wasn’t going to cut it! So I started searching in my house and found a wooden recorder. From that moment on, I never went anywhere without my recorder.

This was the turning point in my healing. I started to do some research on the plasticity of the brain and realized that the brain, as does every other organ in our bodies, grows and changes every day. I decided that I would create new neurons in my brain to help myself heal the FD. This along with the realization that I needed to learn how to relax when I played and not to take life so seriously established me on my path to healing and overcoming FD. 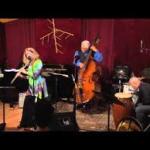 At this point, seven years later, I have managed to create different strategies for me to be able to play my flute. When I feel as though my fingers will trigger, or they do trigger, I ask myself if I am in a situation where I feel uncomfortable and consciously relax from my neck down to my fingers. I also avoid certain playing situations where I feel uptight or uncomfortable. I have also had a flute maker put extensions on the G and G # keys so if and when my fingers trigger, I will be able to reach those notes and play. I also have those two keys plugged up.

All of this has led me to uncovering the musical love of my life again; Jazz. For the past five years I have been focusing on transcribing the solos of the Jazz masters and have been practicing on the average five hours a day. I have recorded four more CD’s and feel great.

Every once in a while I notice that my fingers trigger ever so slightly but all of my relaxation and self-esteem strategies kick in, and I can play again.

I was really happy when I was asked to write this article to share my story and would love to help other people heal their FD. It can be done! I am the living proof! Good luck everyone!

For more information about Focal Dystonia go to: