Meera Maharaj in Concert with Taika
September 18, 2020 (No Comments) by Ganved14 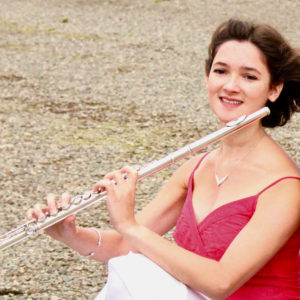 Flute Journal readers will remember Meera Maharaj from the reviews of the Meraki Duo in Liverpool and London performances by Peter Westbrook and Maddy Shaw. The promised interview with Meera and her guitarist partner James Girling are scheduled for later this year.

In the meantime, however, Ms. Maharaj has other outlets for her performances. As can be seen from her website, since 2017 she has also been playing in partnership with pianist Dominic Degavino. She has now formed another duo, Taika, with harpist Sophie Rocks.

The Maharaj/Degavino duo offered  a live-streamed concert on 24th July, at the London 1901 Arts Club. A recording of this concert can be viewed below. (Meera and Dominic introduce the music at minute 10:30. The music starts at minute 16:00): 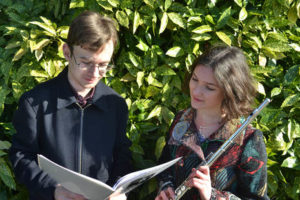 The Programme is as follows:

London Is the Place for Me – Lord Kitchener (arr. Maharaj/Degavino)