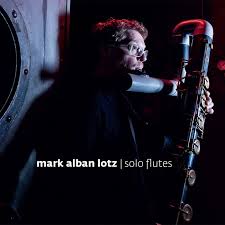 This recording has been labelled as jazz, but in this case, as with a growing number of artists, such labels are becoming less and less useful. I came to this recording just after reviewing Holly Hofmann’s Low Life. If Hofmann represents the mainstream of jazz, Dutch flutist Mark Alban Lotz cannot be easily tied down to any genre, even jazz itself sometimes. His output of albums — at least 16 of his own and over 40 appearances with other artists — has covered a host of different genres over multiple world music traditions, from jazz to contemporary European music to African, Afro-Cuban, Balkan and Indian classical forms, among others.

This is perhaps not surprising given Lotz’ background, having been raised in Thailand, Uganda and Germany before settling in The Netherlands, where, having started playing the flute at seventeen he went on to study jazz at the Hilversum Conservatory, classical/contemporary music at the Amsterdam School of Arts and north Indian bansuri at Codarts, Rotterdam, along with private tuition in the US. 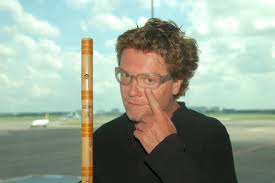 Reinforced by extensive touring all over the globe, these influences have created an artist with few stylistic boundaries. Cadence magazine sidesteps the whole labeling issue by referring to Mark as an “. . . ambitious composer of unique contexts.” According to Latinjazznet.com, “Mark Lotz is more than just a big voice in the European jazz scene. He is at the forefront of jazz, classical and World Music and is obviously enjoying every minute of it!”    

All of this is very evident in Lotz’ most recent recording. The CD Solo Flutes contains, according to Lotz, “17 tracks of solo flutes with compositions and improvisations in contemporary music. It features the whole family of flutes: from piccolo to pvc contra bass flute and prepared flute. The compositions and improvisations are played in one go, live. No use of overdubs, loops, sound processing, etc. It was fun to record. Enjoy.” 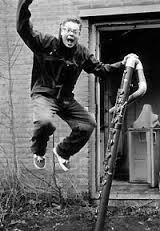 I did enjoy. Mark is not only an artist with a broad vision, he is also a flutist with the technique to match his musical imagination on the broadest range of flutes.  The result is a remarkably varied musical journey, from the abstractions of what he calls the bass flute sequenzas, 6 of them, which he refers to as “sound excesses, exploring the pipe of the bass flute”, including Adam and Eva [Kingma, I assume,] to the whole tone explorations of Whole Steps via the depiction of sunrise in Eastern Desert, PVC rumblings on the contrabass, chromatic flutterings on Dear Moth, the great American Song Book–sort of–on Why Not Take All [of me, that is], African overtones on Piccolo for Makeba, explorations of tonality – Major Circles, flute singing – For Rahsaan . . . it goes on. . . until, in a stroke of brilliance, A Fine Winter brings a conclusion of tonal clarity direct from the jazz mainstream. Many jazz flutists dare to include avant-garde abstractions in their improvisations these days, few avant-garde artists have the courage to embrace the simple and the concrete. Pure genius!    

These pieces were composed during a 10 day sabbatical visit to Berlin and recorded over two days at the School of Music in Alphen aan den Rijn back in the Netherlands—just composer, flutes and a computer in an empty room. It is, in its way, a tour-de-force. It will be fascinating to see–or hear–what Mark Alban Lotz comes up with next!