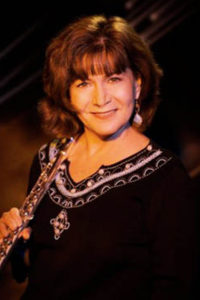 Award-winning San Diego based flutist Lori Bell exemplifies an approach to performance that we have been advocating at Flute Journal. She is among the minority of artists who have defied musical stereotyping and developed both the technique and the vision to create high-quality performances in both jazz and classical music. She has issued recordings in both genres.

Lori’s career has not necessarily been enhanced either by her aesthetic or her chosen location. A brilliant performer with a technique to die for, she still does not show up in the DownBeat Magazine Critic’s Poll which has always seemed skewed towards New York and Chicago based artists. (Hopefully this will change if a few New York jazz writers catch Lori when she appears at Birdland in New York October 28/29 as part of the 10th anniversary celebration for her record company, Resonance Records.) As for her classical chops, they have resulted in her being branded in some quarters as a “classical player trying to play jazz.” When I first heard her I realized this was an empty criticism, and when I spoke with her I learned that she was first and foremost a jazz player, growing up in a home surrounded by music, with parents whose musical passions and talents gave rise to her own. Her father was a big band lead trumpet player in NYC for over 30 years and her mother played the accordion “with a great ear for both jazz and classical music.” As she writes, she was also “influenced by the traditional music of her Jewish culture and a wide range of musical legends from violinist Jascha Heifetz, jazz singer Sarah Vaughan, and guitarist Wes Montgomery.” 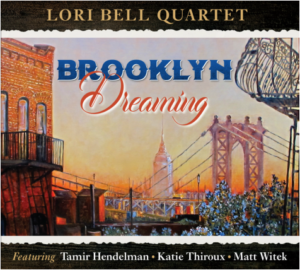 It is in her most recent recording — and ninth solo album — Brooklyn Dreaming that she pays tribute to her parents and her birthplace. The album, which re-unites her with brilliant Israeli pianist Tamir Hendelman (also absurdly absent from DownBeat polls), has won a number of awards and considerable critical praise. Veteran jazz critic Scott Yanow chose it as one of his Top 25 Best CD’s of 2016, for example, while Bill Milkowski, writing in the March 2016 issue of DownBeat, praises her: “. . . prodigious chops on both C flute and alto flute” and the “. . . wide harmonic palette, sophisticated rhythmic sensibility and refined sense of dynamics, along with an urge to swing” in her original compositions, several of which grace this album. 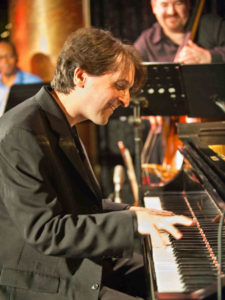 Often, as I review jazz albums, I like to play along with the artists to get insight into what they are doing, (and to improve my chops!) Lori and Tamir are hard to keep up with, however, as they play through a sequence of Bell’s New York-oriented compositions (Times Squared, Streets of New York, Brooklyn Dreaming, Lower Manhattan) interspersed with similarly relevant jazz standards (Nostalgia in Times Square, 52nd Street Theme) by Charles Mingus and Thelonius Monk, as well as Harlem Nocturne, often associated with the alto saxophone, but here given a sultry reading on alto flute. The soloists are supported with dynamism and sensitivity by bassist Katie Thiroux and drummer Matt Witek (a gender-balanced jazz ensemble is another refreshing touch!) Milkowski is right about the compositions — they are engaging, varied, and great for blowing on, although what Bell & Hendelman do rises above mere blowing; both of them have tremendous technical mastery and great melodic imagination. Hendelman has a lovely touch and Bell exhibits a mastery of techniques such as double-tonguing not heard too frequently among jazz flutists.

The awards are well justified; this is a fine album. 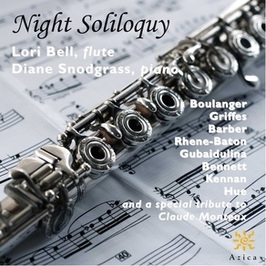 Not content with producing fine jazz performances, however, Lori Bell has also issued a recording that shows off another side to her musical personality, the interpretation and execution of modern flute literature. The album is called Night Soliloquy. The execution is flawless, and the accompaniment by pianist Diane Snodgrass leaves nothing to be desired. As always, however, it is the research into, and planning of, repertoire where much of the value of this kind of recording resides. Bell has chosen a very interesting program, drawing on composers spanning the late 19th and early 20th century such as Lili Boulanger, and the less well-known Georges Hüe and René-Emmanuel Baton (better known as Rhené-Baton), moving forward with two pieces by Samuel Barber, one by Richard Rodney Bennett and contributions by two other more obscure composers, the American Kent Kennan – creator of Night Soliloquy – and a protégé of Dmitri Shostakovitch, Sofia Gubaidulina. 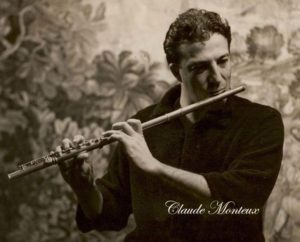 It is notable that, in her selection of repertoire, Bell has encroached no further into the 20th century, avoiding some of the excesses of serialism, “extended” techniques and even what Paul Henry Lang has called “the varicose veins of incessant chromaticism.” Clearly modern, these pieces retain the emphasis on tonality which was scorned among composers in the 1960s and 70s, but which is currently making something of a comeback. The result is a high degree of stylistic continuity, not only among these pieces but also between these selections and the forays into jazz with Hendelman et. al. This impression is intensified by the last piece on Night Soliloquy, Une Chanson Pour Claude,, which is an original composition by Bell herself on which Hendelman takes over from Snodgrass at the keyboard. The piece is clearly still in the contemporary idiom, yet, as stated in Penelope Hawkins’ perceptive CD notes, “This languid and sophisticated vignette brings together the jazz and classical worlds in a fitting conclusion to the collection.” The piece is dedicated to Lori’s mentor and colleague, the distinguished flutist Claude Monteux, who, along with her other teachers,  Frederick Baker, Damian Bursill-Hall, Judith Mendenhall and Phil Cohen, inspired this jazz flutist to embrace the techniques of contemporary performance on both sides of the jazz/classical divide. These two albums exemplify the value of this accomplishment. Highly recommended.

Videos of Lori Bell, below and here: