Kenny Wheeler and the Compositional Process
September 24, 2014 (No Comments) by Peter Westbrook

Canadian Jazz Musician Kenny Wheeler passed away on Thursday at age 84. He did not play the flute, he was a brass player–trumpet and flugelhorn–and composer. So, by rights, I should not be putting a post on Flute Journal about his passing. But it is not our policy to be focused exclusively on the flute. The knowledge of history, theory, musicianship and vision are critical for flutists but exhibited on many sides.

I met Kenny Wheeler just once or twice–he resided in London from 1952–and worked with him a couple of times, once on a recording of the Spontaneous Music Ensemble at the BBC in 1972. I loved his work as an instrumentalist, and a whole generation of trumpet/flugelhorn artists have been profoundly influenced by him, but it was his writing, in my opinion, that really ensured his place in music history. Wheeler was one of the seminal figures among jazz composers, along with Gil Evans, Maria Schneider, Bob Brookmeyer, Paquito D’Rivera, Dave Holland and others, who have been able to create a musical language that seamlessly blends jazz with the language of contemporary music and aspects of world music to create a tonal palette that brings great depth and freshness to this music. 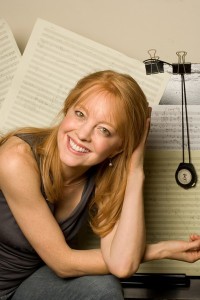 A tribute to Wheeler by Nick Smart, head of jazz studies at London’s Royal College of Music, was cited in a piece in The Guardian on 19th September:

“It is hard to express just how large a contribution he made to the music in this country and around the world, and how deeply he touched the musicians that had the honour of working alongside him.

“With Kenny’s passing we say goodbye to one of the great musical innovators of contemporary jazz. His harmonic palette and singularly recognisable sound will live on in the memory of all who heard him and in the extraordinary legacy of recordings and compositions he leaves behind, inspiring generations to come.”

He added: “Famously self-deprecating, Kenny was always modest and humble about his own musical achievements. But the truth is, he was a genius walking amongst us, and it was the most tremendous privilege to have been able to consider him a dear colleague and friend.”

For me, and, I hope, for Flute Journal readers, it is Wheeler’s description of his compositional process that is perhaps of greatest interest. It emerged during a master class Kenny gave at the New England Conservatory’s Jazz Department in 2002, and posted on Facebook by the department chair Ken Schaphorst. I would like to thank Ann Braithwaite of Braithwaite & Katz Communications for sending it to me. It is reproduced below: 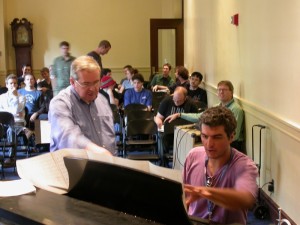 “The process I go through to write or compose a new melody is this–I get up about 7:00 and don’t wash or shave or anything, but put on a bathrobe or dressing gown and take a couple of biscuits, a tea, and sit at the piano which is an old slightly out of tune upright. Then I play through some 4-part Bach Chorales. After that I try, with my limited technique, to play through some Bach 2 or 3 part Inventions or maybe Preludes. Then I fumble through some more modern music such as Ravel, Debussy, Hindemith, Bartok or maybe the English Peter Warlock.

“And then begins the serious business of trying to compose something. This consists of improvising at the piano for anywhere from 1/2 hour to 3 or 4 hours or even more. What I think I’m looking for during this time is something I’m not looking for. That is, I’m trying to arrive at some semi-trance-like state where the improvising I’m doing at the piano is kind of just flowing through me or flowing past me. I don’t mean at all that this is any kind of a religious state but more of a dream-like state. And then, if I do manage to arrive at this state, then I might play something that catches the nondream-like part of me by surprise. It may only be 3 or 4 notes. But it’s like the dream-like part of me managed to escape for a second or two from the awake part of me and decided to play something of its own choice. But the awake part of me hears that little phrase and says “What was that? That’s something I didn’t expect to hear, and I like it.” And that could be the beginning of your new melody.

“But there is no guarantee that you will reach this semi-dream-like state. After many hours you may not get there. But you might take a break, or you might have a little argument with your wife, and go back to the piano a little bit angry and bang out a phrase in anger which makes you say, “Wait a minute! What was that?” There doesn’t seem to be any sure way of reaching this state of mind where you play something that surprises yourself. I just know that I can’t start the day all fresh at the piano at 7:00 and say to myself “And now I will compose a melody.” It seems I have to go through this process which I described.”

Peter Westbrook is the editor in chief of Flute Journal. He is the author of  The Flute in Jazz: Window on World Music

For more information, the Wikipedia entry on Kenny Wheeler includes an excellent discography.

Another piece in The Guardian has several clips of Wheeler’s work:

For a BBC Omnibus show from 1977 featuring the Kenny Wheeler Big Band go to: