[A Note from the editor] John O’Neill is a British jazz performer and educator who has studied with well-known American artists such as LeeKonitz and WarneMarsh, both of whom worked and studied with pianist and educator Lennie Tristano. O’Neill has written a number of books to help musicians, often beginners, to learn the art of improvisation. While much of his work is addressed to saxophonists, in 1994 he also wrote one for flutists, which is available from Schott Publications. As part of our ongoing series looking at jazz flute method books, we reviewed one by noted German flutist Stephanie Wagner. Stephanie responded with the following review of O’Neill’s Jazz Method for Flute as, like her work, it appears to be aimed, at least to begin with, at beginning flute students. She writes: 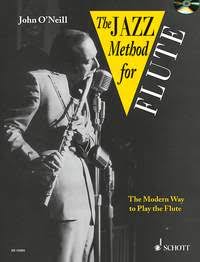 O’Neill’s book is easy to follow and well suited for total beginners on jazz flute. It certainly begins at the very beginning. Part One is called The Foundation Techniques and consists of learning basics: sound, posture, breathing, finger technique, tonguing, etc. It is interesting that how the flute should sound is not defined. That is typical for jazz flute because, unlike the classical approach, there is no set idea about how the jazz flute should sound. The author suggests that students should develop the sound that they hear in their head or that they gain by listening to top jazz flute players.

Part Two is entitled Playing the Music. There is a short overview about the staff, clefs, time signatures and so on. Then the student is introduced to different styles such as swing, blues, boss nova and rock, each with their typical phrasing. The examples are very short but there is a lot of variety. There is a slow, step by step extending of rhythm and the range of tones, an approach which is very good for beginners.

By the end of the book, however, it is definitely no longer so easy. There is a gradual “learning by doing” approach to practicing, through which the student learns about new tones, dynamics, pauses, syncopation and so on. There are explanations of typical jazz idioms such as riff, pick-up and others, but it is never just theory.  There are examples for improvisation starting, after a while, with the introduction of various topics: scales, chords and arpeggios, swing phrasing, ear-training, harmonies, chords, chord-progressions (II-V-I), voice-leading, etc. 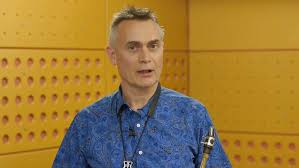 Part Three consists of appendices which offer additional material and suggestions for ongoing study, with a bibliography and a discography. All of this is supported with a play-along CD which provides accompaniment for the examples in the text This is a well produced recording featuring lovely songs which are real fun to play. Particularly useful are the balance control which enables you to filter out the flute (right side) for improvisation and the pull-out supplement with clear listings of all the chord changes found in the examples.

Overall this is a very good book for children, teenagers and beginners on flute. Even adults should have fun with this book as long as they are beginners, although beginners on flute should practice some more exercises concerning embouchure, breathing, finger technique and posture with other books and teachers. One book can not handle all these topics completely. Here, Part One is particularly short concerning these topics. 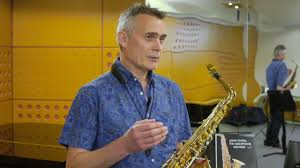 Also good for beginners is the step-by-step approach to tones and rhythms — the student gets to know how jazz sounds and how to approach playing this music. There are good suggestions for further listening, reading and practicing and the advice to play by ear from the very beginning and to learn the melodies by heart is excellent training for playing jazz.

On the other hand, I found some topics — for example the ear-training, the sight-reading and the use of space during improvisation — too advanced for beginners. Also, with all the overview of material you need to master in order to improvise — scales, chords, arpeggios, harmonies, chords, chord-progressions (II-V-I), voice-leading, etc. there is no opportunity really to practice it with the CD or the book and no guidance on how to use the material in your improvisation. For students who are maybe overwhelmed, trying to manage all this, there are some very big steps in this book, while some of the topics are handled very briefly. You should definitely have a teacher for the topics which need further elaboration, for example the use of scales such as the the dorian or mixolydian is often suggested, but it is not explained why, or from where these scales arise. I also miss the mention of playing over the form. This is very important for improvising as It is often the problem that students are not staying in the form while they are soloing. 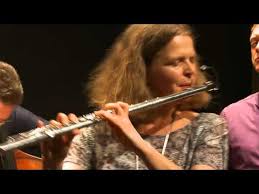 Stephanie Wagner studied classical flute at the Mainz University of Music and graduated as a music teacher. During her classical studies, she discovered jazz for herself and went on to study jazz with a diploma at the same university. From 1995-2003 she worked as a lecturer at the university in both classical and jazz flute.In 2003 she won a scholarship to attend the Berklee College of Music” in Boston USA for one year where she completed the course in Jazz performance. Since then she has concertised extensively as a guest artist and with her own ensemble.