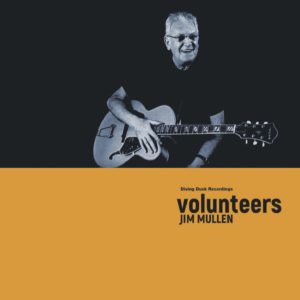 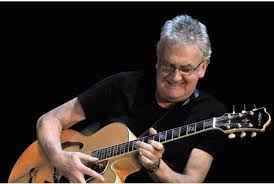 After a career spanning several decades, many genres, a dozen recordings and extensive appearances in both the UK and the USA, guitarist Jim Mullen has established himself  as a major figure in the jazz world.  Now, for yet another change of pace, Mullen has expanded his regular working group from a quartet into a nine piece ensemble featuring some of the finest jazz musicians playing in the UK today. Prominent among these is star London flutist Gareth Lockrane who is featured not only as soloist but also as arranger and ensemble leader — I imagine that several of these musicians appear with the big band that Lockrane leads from time to time.

While in the process of returning to active performance after a lengthy illness, the guitarist ran into Lockrane and learned that the flutist had been performing several of Mullen‘s compositions with a youth ensemble he leads at the Royal College of Music. The idea arose of expanding these into a recording with a professional ensemble.  Volunteers is the result. 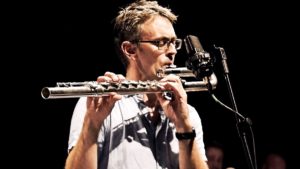 The nine tracks include six Mullen compositions — all of which have appeared in a quartet setting on two of his earlier albums, Rule Of Thumb (EFZ, 1995) and We Go Back (EFZ, 1996) — along with three standards. These new arrangements with an augmented line-up allow Lockrane to demonstrate his skills as arranger, although he is also well featured on flute and alto flute.

These are high quality performances that spring straight from the mainstream of jazz, at least as it is reflected in London. British jazz musicians have been blending diverse influences into distinctive styles since the 1920s and today there are high quality jazz programs at several major conservatories around the country. The performance levels of British players, such as those heard on this recording, reflect this, with crisp ensemble playing and inventive solo work, with the masterful Mullen leading the way.

The session gets off to a brisk start with the bebop-flavored Medication on which Lockrane and Mullen introduce themselves as soloists along with trombonist Nightingale. This is followed by the well known ballad When I Fall In Love taken as a medium tempo waltz and featuring Mullen along with the other Gareth — pianist Gareth Williams. 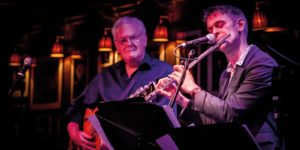 The following program is nicely varied — Lockrane has a deft touch as an arranger, his charts are executed flawlessly by the ensemble and the soloists — Mullen, Lockrane, Williams, Nightingale, trumpeter Fishwick and multiple reed players Barnes and Siegel — maintain interest throughout. The main sensibility here is contemporary big band bebop, plus some funk — Spare Change — and one piece — Outeractive — that comes closest to being a ballad, with outings for Fishwick on flugelhorn and Siegel‘s bass clarinet.

Flutists interested in jazz, particularly British jazz, will find this an interesting outing.