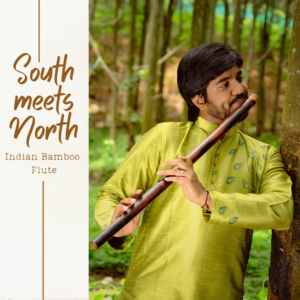 For those interested in the flute in Indian music, here is an album that will introduce us to less well-known aspects of that extremely broad field. We are fortunate that the artist introducing many of us to this style demonstrates enormous versatility and virtuosity in performance, and great intelligence in his choice of material, and even of instruments.

South Meets North features one of the young stars of Indian classical music. His name is J.A. Jayanth, and he is an exponent of the Carnatic (sometimes spelled Karnatik) style, or school, of performance which is associated with South India, in contrast to the better known tradition that comes from North India and is known as Hindustani music.

Equally highly regarded among music lovers in India, of the two systems it is North Indian music that is better known in the West, primarily because the first Indian artists to become well-known in the USA and Europe were Hindustani artists — Ravi Shankar in particular, as a result of his association with George Harrison, as well as Ali Akbar Khan and Bismillah Khan who were introduced to UK concert goers by Yehudi Menuhin. Along with these names are the different instruments: sitar, sarod, shehnai, also typical of North India along with the drum known as tabla. In South India it is more common to find the vina and the mridangam. Common to both, however, apart from vocal performance, of course, is the flute. Made from bamboo, it is known as bansuri in North India and pulanguzhal or venu in the South. 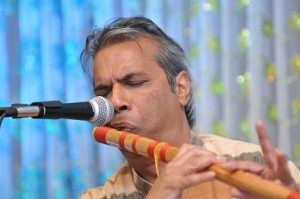 It is our intention at Flute Journal to offer a series of online concerts, including ones of both Carnatic and Hindustani flute music, performed by Sri Jayanth and Pandit Deepak Ram, whose album Confluence we reviewed some weeks ago. Included will be more information and demonstrations of the differences between North and South Indian music for the flute. Until then, we can offer recordings by both these artists with which our readers can become familiar. We are most fortunate in the case of South Meets North to have examples of a variety of ragas, and of flutes, to help us appreciate the many nuances of modern Carnatic performance.

And that style has been through some changes. When I first heard Indian flute playing, the North was represented by Pannalal Ghosh (later by Hariprasad Chaurasia), the South by T.R. Mahalingam and N. Ramani. The most noticeable difference was the instrument itself. The bansuri has always been around the same length, between 30 and 75 centimetres (12 – 30 inches) in length. By contrast, the Carnatic flute a couple of generations ago was much smaller and consequently pitched considerably higher. Since that time, things have changed in the south. Performers there have gradually adopted much longer and deeper instruments in addition to the traditional size. Now, with Jayanth and other members of his generation, we find Carnatic music played on a variety of flutes in a variety of registers. 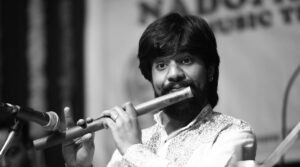 All of this is on display in the current recording. And it is brilliantly carried off by Sri Jayanth who has truly mastered the full range of instruments. He also has a command of the full range of repertoire. Similar to Hindustani tradition, the basic unit of classical music in the south is the raga. And many ragas are shared between north and south, although there are some stylistic differences in their performance. But, given the title of the CD, it is the similarities rather than the differences that are emphasised here. It is thus an ideal recording to bring listeners up to date with the highest quality of what South India has to offer, especially when South Meets North.

In his introduction, Jayanth explains what he hopes listeners will gain from the album:

Here he brings out one major difference. Hindustani ragas tend to be traditional, whereas Carnatic ragas are often associated with a particular composer and often include words. So Jayanth is able to include the following details, including the thala or rhythm cycle: 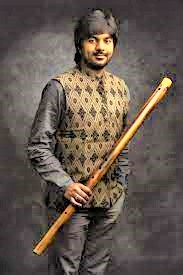 The song details are as follows :- 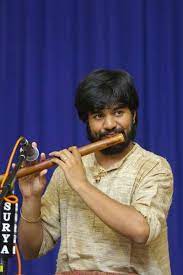 Useful though this is, you should not let it interfere with your pure enjoyment of the music. There will be more explanations later and this is no mere demo. For now, be aware that this session represents a major tradition of flute music presented at the highest level of quality. Jayanth‘s impressive mastery over his instruments make it possible for him to switch seamlessly and effortlessly between various flutes to present Carnatic and Hindusthani ragas true to their respective styles. With beautiful organic tones emerging from the venu and a wide range of bansuris, audiences are sure to experience the the magic of Indian Bamboo Flute in its finest form.

Adding rhythmic bliss to this album, while bringing elements of both North and South, is Sai Giridhar on mridangam and Praveen Narayan on tabla.

You can purchase the CD here 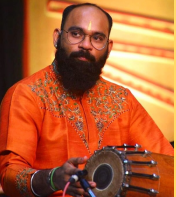 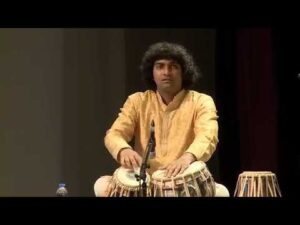