Inside The Musician. Riley Lee: My instrument – Shakuhachi
July 20, 2020 (No Comments) by Ganved14
[Editor’s note: Riley Lee was one of our earliest contributors, his article The Shakuhachi from back in 2015 having garnered almost 15,000 views. With further interest coming from Ann Norman‘s coverage of the 2018 Shakuhachi festival in London, I asked Riley if he had some more material. He submitted two articles that were originally published October, 2016, as part of the Inside the Musician Series, Loud Mouth: The Music Trust E-Zine. They are used by permission. Here is Part One.] 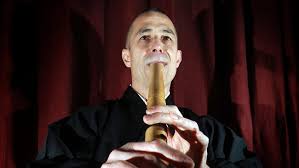 Inside The Musician. Riley Lee: My instrument

I play the shakuhachi, a simple, end blown flute made of bamboo.

The shaku, a unit of measurement used before Japan adopted the metric system, is equal to about 30 centimetres. The standard length of a shakuhachi, because of arbitrary, historical reasons, is exactly 1.8 shaku. ‘Eight’ in Japanese is hachi. Thus, shaku-hachi literally means “one point eight feet.”  The translation of the name of my instrument is not at all elegant, but for me everything else about it is pure poetry. 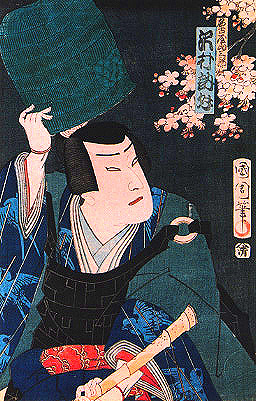 Being made of the root end of stalks or culms of bamboo, all shakuhachi have unique diameters, node placement and other physical features. Many shakuhachi have various discolourations, spots and markings. No instrument looks or sounds like another; every one is unique.

I first started playing the shakuhachi in 1971. I began acquiring my many flutes soon thereafter. They come in numerous lengths, both longer and shorter than 1.8 shaku. The generic term for all lengths however, is still ‘shakuhachi’.

One of my oldest flutes is a 2.4 shaku length instrument, a kind of ‘bass’ shakuhachi, crafted by the famous maker Gyokusui Kōno I. This flute has a peculiar pattern of parallel, seemingly overlapping, black streaks on a small part of its upper section. It looks as if a master calligrapher applied a single, wide, very rough brush stroke of ink to the surface of the bamboo. 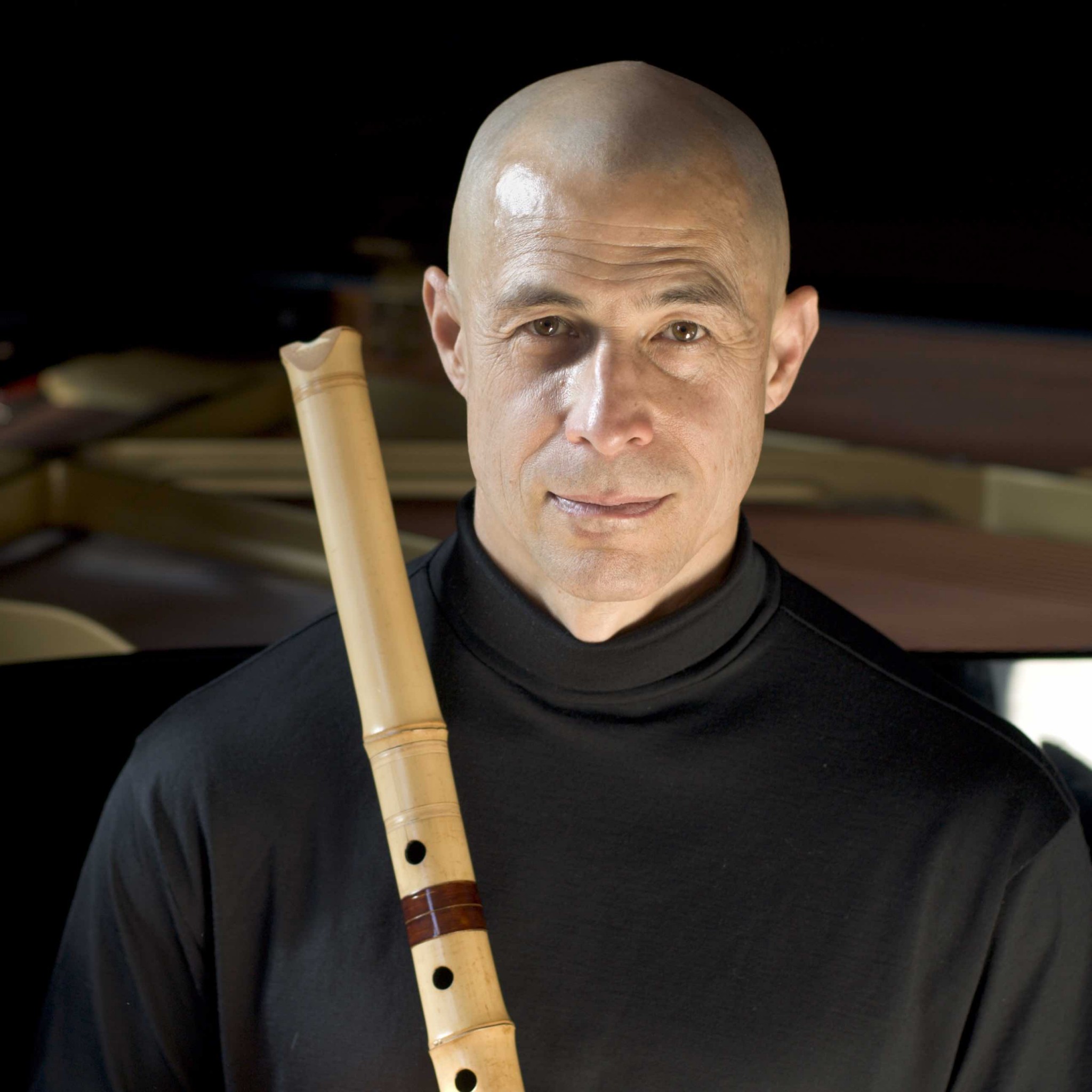 When the first of my two main teachers, Chikuho Sakai II, chose this flute for me over four decades ago, the bamboo was light yellow or gold in colour.  Over time, the bamboo has developed a very dark brown patina. The intricate black streaks remains visible, if less striking than it was forty-five years ago.

Gyokusui told me that he didn’t know what caused this distinctive marking on the flute he made for me, though he did offer to speculate. His guessed that while the bamboo was still in the ground, it had partially fallen or leaned over. Over a number of winters, snow may have piled up on the top side of the almost horizontal-leaning bamboo, always at the same spot, creating a kind of bamboo frost bite, a water mark caused by repeated accumulation of snow, winter after winter. 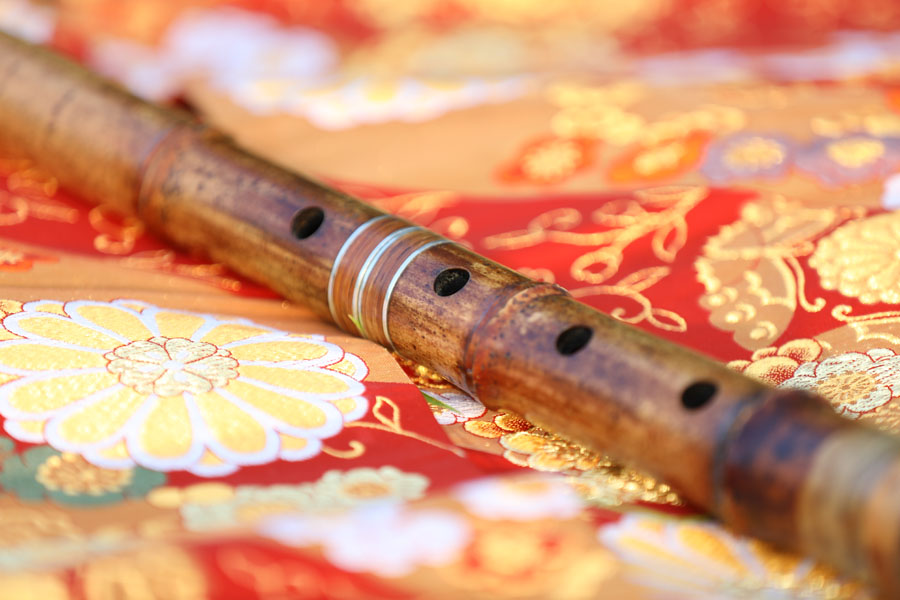 Near the middle of this flute, there is a small, smooth depression on the surface of the bamboo. It looks as if something has gently rubbed all the way through the strong, outer skin. Indeed, this is probably what happened. Another bamboo culm was touching my bamboo at this location. Whenever the wind blew strongly enough, the two culms would sway, gently rubbing together, possibly for years, at the spot that I now see and feel on my shakuhachi.

Closer to the bottom of my shakuhachi, the bamboo is very black and mottled. In places, a thin layer of the surface of the tough, smooth outer skin of the bamboo seems to have rotted away. The result is a beautiful, embossed work of art. 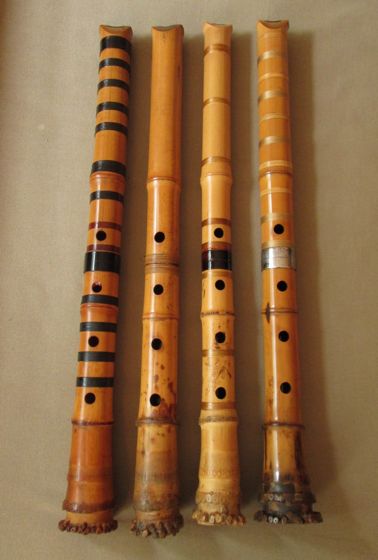 Shakuhachi flutes are made using the root end of the bamboo, and incorporate some of the root that grows well beneath the soil. The cause for the discolouration and imperfection at the base of my shakuhachi, according to Gyokusui, was easy to guess. Fungus in the soil had done the artwork, something only nature could create.

If you look very closely at the shakuhachi, very near the still visible roots, you will notice what looks like small saw marks, tiny parallel scratches. These were made by the person who harvested the bamboo. Suitable bamboo destined for the workshops of Gyokusui and other shakuhachi makers are always harvested in the winter, when the sap is not flowing. One can easily imagine the saw slipping in the numb hands of the harvester while trying to free the bamboo roots from the frozen, snow-covered ground.

For the shakuhachi player, these blemishes conjure up the original bamboo culm, still alive in the earth within its bamboo grove. Whenever I pick up this bamboo flute, I picture it being bent over by strong autumn winds, enduring the snows of long winters, thriving on the monsoonal rains in late spring, and swaying and brushing up against neighbouring culms in summer breezes.

The small cuts or scrapes remind me of the bamboo cutter who individually chose my instrument out of thousands in the grove and then painstakingly, though possibly forcefully, harvested it from the frozen soil. I am grateful that the bamboo harvester found such a beautiful piece of bamboo for Gyokusui. I am grateful to Gyokusui for transforming that piece of bamboo into a flute that plays such sublime music.

Shakuhachi makers and players appreciate all of the serendipitous marks on a shakuhachi, the discolourations and blemishes, even the scratches of a harvester’s saw. Consequently these marks and ‘imperfections’ add to final value of the instrument.

Can you imagine a piano sales person telling a potential buyer that a beautifully made grand piano is more expensive because of imperfections caused by fungus stains and rough saw or chisel marks, which are clearly visible on various surfaces of the instrument?

Gyokusui Kōno I was in his eighties, with at least sixty years of experience, when he made my flute. He is still considered one of the best shakuhachi makers of the 20th century. He died in 1986. One day in the early 1980s, he invited me to his workshop, where probably thousands of bamboo were curing, waiting their turn to be made into shakuhachi. They would all have to wait at least three or four years before even being considered,

After passing a pleasant time in his workshop, Gyokusui and I walked back to his house through his modest Japanese-style garden. He suddenly stopped and turned to look up at me for a few moments. “You know, Riley,” he finally admitted, “I really don’t know how to make shakuhachi. All of my good ones are just flukes.”

I think Gyokusui’s definition of a ‘good’ shakuhachi differs considerably from mine. In my opinion, all of his flutes are ‘good.’ His flukes are beyond words. I think I have one!

The shakuhachi delights me in so many ways that have nothing to do with the music. Nevertheless, I was initially bewitched by its sound. The shakuhachi mesmerises me more than any other musical instrument. One day, I may attempt to explain why I think this is so. 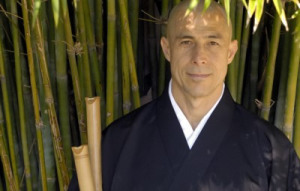 Riley Lee began studying shakuhachi in 1971 Japan where his primary teacher was Katsuya Yokoyama, whom he describes as “jovial yet extremely strict.”

Riley moved from Hawai’i to Sydney in 1986 with Patricia and their twin daughters. Riley’s PhD in ethnomusicology is from Sydney University. He has 60+ recordings. (His first (1980) is still available on Smithsonian-Folkways.)

Lee has concertised extensively. Although 2020 has been an exception, he normally spends at least four months every year in the USA and Europe.  (He most recently met Flute Journal editor Peter Westbrook at the 2019 shakuhachi convention in London.)  A more normal year was 2016 when he performed in six states in USA, in Canada, Switzerland, and throughout Australia. While in the USA, Riley taught a semester-long course at Princeton University on the mind, memory, meditation, mindfulness and music, based on the latest research in cognitive science. His year ended in India, touring for three weeks with two Sydney-based groups, the taiko ensemble Taikoz and dance troupe Lingalayum.

Still enjoying running long distance, Riley is looking forward to joining the elite group of “70 and over” marathon runners in 2021!