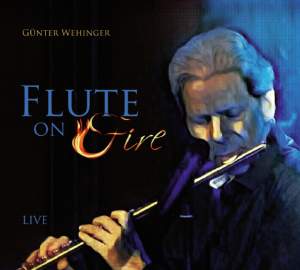 It is unfortunate that while writing my book The Flute in Jazz, I was not fully aware of the work of Swiss flutist. Günter Wehinger. He only made it into the last few pages as an example of deepening relationship between jazz and classical performance. But now that “expanding our horizons” has become a major theme at Flute Journal, it is precisely the work of artists such as Wehinger which is deserving of greater exposure. As the most recent addition to his remarkable oeuvre, Flute on Fire clearly demonstrates why.

Of course, Switzerland is not the first place one looks for examples of jazz flute, but we are rapidly learning that there are artists in every part of the world who are contributing to this growing stream of creativity, perhaps more so than in the USA, the home of jazz’ mainstream. 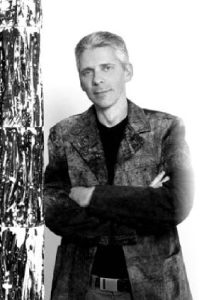 Wehinger began his training in classical flute performance at a conservatory in Austria, earning his diploma in 1982, but four years later he was graduating from the Jazz School St. Gallen in Switzerland. He then travelled to California where he spent two years studying with James Newton who was in the middle of his 23 year run as DownBeat Magazine’s poll winner as jazz flutist. Wehinger has subsequently studied both composition and conducting at the Music University of Zürich, where he now teaches, while issuing a dozen recordings under his own name and with others, that represents a remarkable breadth and depth of musical vision, while appearing as both jazz and classical artist and clinician on concert stages and at colleges throughout Europe, the USA and Japan. Expanded horizons indeed!

For his most recently issued recording, Wehinger condenses the variety of his output into a single album of varied genres: jazz, popular, contemporary, classical. These are concert performances recorded live in front of audiences in Switzerland and Poland, with three different groups, a duo, a quartet and a 23 piece orchestra.

In 2004, Wehinger was invited to perform his own arrangement of the Bohuslav Martinu Scherzo by the Bohuslav Martinu Society. He performs it here in concert with pianist Marko Letonja, who was, at the time, conductor of the Basle Symphony Orchestra. They play the piece note-for note while adding improvised sections in the middle and at the end. A remarkable performance carried off with a seemingly effortless aplomb. 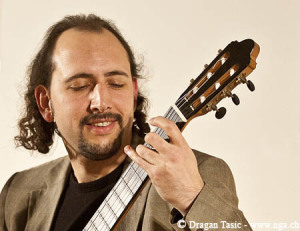 In 2008, Wehinger appeared in a quartet with Argentinian guitarist Julio Azcano at the Warsaw Guitar Festival. With surefooted support from bassist André Buser and percussionist Thomi Weiss, two seasoned, classically-trained artists explore the world of Latin jazz in the form of compositions by Azcano and American pianist Bill O’Connell. Suffice to say that they do justice to this genre.

Most recently, Günter Wehinger fulfilled a long-held ambition to appear with an orchestra of strings, brass and rhythm in the manner of Hubert Laws’ CTI recordings of the 1970s. For the occasion, at live concerts over two evenings in Switzerland, he wrote Heyjo which he performed with his sister, also a flutist, Renate Wehinger. The first version is included on this recording and shows yet another genre that he has mastered. The second version can be seen below. 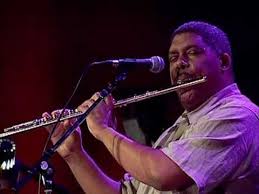 James Newton sums up his opinion of his former student thus: “In Wehinger’s sound one can hear an approach reflecting the European flute tradition along with a keen understanding of the myriad complexities and emotions that exist in the African-American musical tradition.”

Wehinger is in the process of completing a new project, now combining Asian genres in addition to jazz and the music of Claude Debussy. More on that shortly. In the meantime, DownBeat magazine has a poll category of “Rising Star,” formerly “Artists Deserving Wider Recognition.” I don’t see Günther Wehinger included there, but I can’t think of anyone more deserving of wider recognition. His flute is, indeed, on fire. It is high time more people were aware of it.

From the movie: The Flute in Jazz

From Flute on Fire Concert