Flutist James Newton Returns to the Stage — Review by Damjan Krajacic
May 10, 2017 (No Comments) by Ganved14 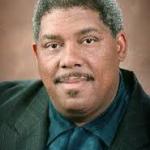 [Editor’s note: We are delighted to note the return of flutist James Newton to the concert stage after an absence of over nine years. The hiatus was brought about by some health issues which Newton has worked hard to overcome over an extended period. James’s work encompasses chamber, symphonic, and electronic music genres, compositions for ballet and modern dance, and numerous jazz and world music contexts, so he has not lacked channels for his creative output. But having been previously voted the top flutist for a record-breaking 23 consecutive years in Downbeat Magazine’s International Critics Poll, he has been sorely missed from the world of jazz flute performance. We sincerely hope that his recovery will continue to go well.
Damjan Krajacic, himself a fine flutist, went to see his comeback performance in Irvine, Ca. His review appears below] 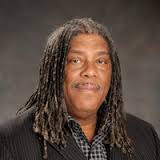 There is no point hiding my admiration for James Newton‘s artistry, musicianship, and spirit. He has been an inspiration, teacher, mentor and friend for years. But I do remain strongly convinced that my bias doesn’t hinder the truth in saying that James stands tall as he returns to stage after a nine-year break in a mature and candid fashion, with immense focus on the art.

What impresses me the most in any music is the unique artistic ability to inspire and transcend, extending beyond technique and musicianship. Think jazz and popular music giants such as Billy Holiday, Louis Armstrong, Miles Davis, Jimi Hendrix, The Beatles, Eric Dolphy, or the great classical composers such as Debussy, Ravel, and so on. All of them were first and foremost completely genuine with who they are, regardless of trends – and they could move people with this sincerity. James Newton is such an artist. Authentic. While certainly a flute virtuoso, at every point in his career he has followed the path he believed to be true in spirit and vision. And the ability to communicate one’s very essence with clarity and force is a gift – one that James clearly has. This passion and honesty once again came through at James’ concert at the Barclay Theatre in Irvine, where James’ playing was free and open to the beauty and inherent risk of improvised music making, reminding us of the transcending qualities of music and connecting everyone that is present. 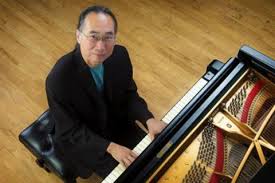 James’ partners on stage were pianist Kei Akagi, bassist Darek Oleszkiewicz, and drummer Tamaya Honda (of Kei Akagi Trio). The quartet played beautifully together with a clear connection and familiarity, as Kei and Darek were part of James’ quartet in the 1980’s. Of particular note was a rendition of Duke Ellington’s Black and Tan Fantasy, originally recorded on James’ Blue Note album African Flower. Here we had a chance to once again hear James’ unique flute voice, his vocal stylings and growls, strong swing and unique articulation. Power on the instrument that a few flutists can match.

The night was a real treat in itself – as well as in revealing that James Newton has returned to the stage and that we will be able to enjoy seeing this unique artist in person again soon. 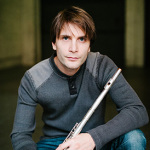 A native of Zagreb, Croatia, Damjan Krajacic holds a Master of Music degree from the California State University, Los Angeles in Afro-Latin Music, where he studied charanga, jazz, Brazilian and classical flute with the world-renowned flutist Danilo Lozano in addition to studying jazz flute with the award-winning flutist and composer James Newton. With soon to be 8 CD releases under his name, Damjan is a seasoned artist with a visionary compositional and stylistic approach that seamlessly combines various musical styles and influences.