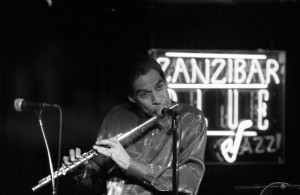 The world of Latin music is saddened today by news of the passing of flutist David Valentin, one of its most popular and accomplished artists. Incapacitated by a stroke, Mr. Valentin has been unable to perform since 2012. He suffered a second stroke in 2015 and since that time he has lived at a rehab and care facility in the Bronx where, according to his manager, Richie Bonilla, he died on Wednesday from complications of the stroke.

David’s last years were particularly distressing to his many friends and admirers in light of the vitality of his music and his personality over a 30+ year career. A larger-than-life figure who would carry around his Grammy Award – won for best Latin jazz album in 2003 – and pull it out when he visited schools to inspire younger musicians. “If I can do it, you can do it” he would tell them. Similarly, his playing was as precise as it was rhythmically vital, a mixture of Latin, jazz, funk, R&B and pop influences. He “. . . plays with a sultry tone and dizzyingly agile technique,” wrote Jon Pareles of The New York Times in a 1984 review, “and his solos dart in and around his quintet’s Latin and funk rhythms.” His playing had great integrity. At the same time, everything he presented, himself and his music, was imbued with a great sense of humor and fun.

He was born in the South Bronx on April 29, 1952, to parents who came to New York from Puerto Rico. At age five he was given bongos and congas from Brazil, brought home by his father Jorge, a steward in the merchant marine. He took piano lessons when he was nine and was gigging on percussion by age ten. “I was like a novelty playing with men,” he said in an interview with the Hamilton College Jazz Archive in 2000. “I was a little kid on timbales.” 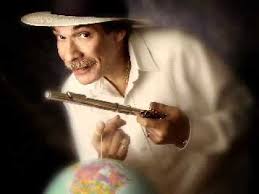 “I started out as a percussionist in school. But I wanted to meet this girl, Irene, who was a flutist,” he recalled in 2011. “She showed me a scale, and I played it immediately. Do-re-me-fa-so-la-ti-do. Without knowing nothing! So, I borrowed a flute, bought a Herbie Mann record and learned to play his hit Comin’ Home Baby.

“Three weeks later, I went to her and played it,” he continued. “I knew I had her! She said, ‘I’ve been taking lessons for three years and you come in here in three weeks and play like that? Don’t ever talk to me again!’ I lost the girl, but kept the flute.”

The latter was temporary, however. He and Irene were reunited later in life and she has been at his side, caring for him, since he became ill.

There is no doubt about his subsequent career as a flutist, however. As I wrote in my chapter on Dave in my book The Flute in Jazz: Window on World Music

“Once devoted to the flute, Dave set out to master the instrument. Largely self-taught, he did take some lessons, from classical players Hal Bennett and Hal Jones. But probably his greatest influence was the great Hubert Laws whose recordings were a “revelation.” He was not satisfied with studying solos from a record, however. Dave looked up Laws’ number in the New York Musicians Union Directory, called him, and asked for lessons. Laws took Dave under his wing for the next several months, persuading him to give up playing the saxophone and focus exclusively on the flute.“He told me that if I wanted a great tone that I should concentrate on the flute and not play sax.”

Once Dave had made this commitment, Hubert helped him to develop the full, rich sound which is a central component of Dave’s playing. On this basis, he developed the tonal projection, fleet articulation, and unique percussive phrasing that came from many years of working with Latin bands of every kind. He was profoundly impressed by Latin flute masters Richard Egues and Rolando Lozano, and Cuban dance bands such as Orquesta Aragon, but also worked with mainstream jazz artists such as McCoy Tyner and Billy Taylor and listened to jazz flutists including Lew Tabackin, Frank Wess, James Moody, and Joe Farrell. Eventually, he was to become music director for Tito Puente and to record with Ricardo Marrero and Noel Pointer. Then, in 1979, it all paid off. He came to the attention of Dave Grusin and Larry Rosen just as they were launching GRP Records. Although Latin music did not have an established market at that time, they went ahead and signed him as their first artist.” 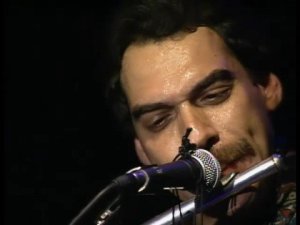 Subsequently, for 30 years, David toured the world, performed and recorded with a Who’s-Who of jazz and Latin artists, issued over 20 albums under his own name, acted as music director for Tito Puente for several years and won, or figured prominently, in jazz and Latin music polls in publications such as Down Beat and Jazziz magazines. His career was cut short only by his tragic and sudden illness in 2012.

There is no word as yet about funeral arrangements or memorial services. Information will be made available here at Flute Journal as soon as details are available, as will a fuller tribute when I have heard from more of his friends and colleagues. I can only offer a very personal memory.

I helped to host David when he came to Washington to perform at Sais Kamaladiin’s annual Flute Festival at Howard University. In the evening, after the midday concert, I went to meet him at his hotel downtown. He began by buying me dinner as we scanned the newspapers looking for a jam session where we could go and sit in. Failing to find anything (it was a Tuesday evening) David took me up to his room and, for two hours, gave me tips on my playing. Gratis. He was a class act and everyone who knew him will miss him sorely.

For a copy of the chapter of The Flute in Jazz, containing Peter’s interview with David Valentin, send your e-mail address to: flutejournal@gmx.co.uk