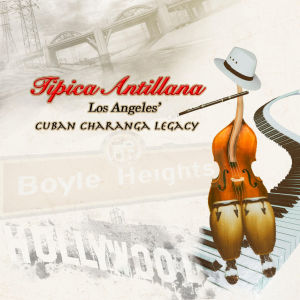 Charanga flutists and fans will be thrilled to know that there is a new, pure charanga album in the charanga-sphere.  La Típica Antillana: Los Angeles’ Cuban Charanga Legacy, produced by Los Angeles-based flutist Danilo Lozano, has been a long time coming, and it comes fully-loaded with plenty of charanga cred.

Not familiar with the term?  Charanga is a Cuban ensemble which includes vocalists, a small string section, a Latin rhythm section (piano, bass, and Latin percussion), and, most importantly, a prominently-featured, improvising flute soloist.  A genre with a history that dates back a full century, it represents an early stage in the development of Latin dance music.  In the early and mid-twentieth century, charanga was the garden where well-known, international dance crazes, such as the mambo and the cha-cha-cha, sprouted and grew.   In the realm of live Latin music performance, it is still a current art form with a very devoted fan base.  Today, charanga occupies the same social and entertainment space as salsa, and there is a large intersection between salsa fans and charanga fans.  The related styles share the same collection of dance steps; at any charanga  performance, the dance floor will be filled with salsa dancers. 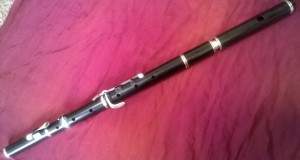 Traditionally, charanga is performed on a modified French 19th century 5-key simple system flute (sometimes referred to as “Cuban flute” or “charanga flute”).    This type of flute was the required instrument in charanga for the first 60 or 70 years of its history.  With the march of time, the modern Boehm system flute began to supplant the charanga flute in the second half of the 20th century; the earliest documented modern flute performer in charanga I have found is Rod Luís Sánchez in 1961, but it did not catch on as the norm until the mid-1970’s.

For those interested, more discussion on charanga can be found in my previous contributions to Flute Journal on the subject here and here. 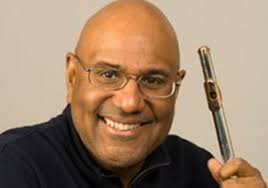 This self-titled album is the long-awaited recording debut of La Típica Antillana, a charanga that was, for many years, a Los Angeles institution.  Danilo Lozano, known throughout the Latin, jazz, and film music industries as one of the most highly sought-after flutists in the business, appears here as producer, musical director, principal arranger, and flute soloist.

Lozano may not be well-known to many classical flutists outside of California.  He is typical of A-list professional musicians in Los Angeles, where one can find many of the world’s most highly-skilled instrumentalists supplying flawless performances for the movie and commercial recording industry, all without credit.  Many of his most auspicious recordings on his lengthy discography are not catalysts to individual fame, but certainly deserving of respect.  He has performed on numerous Grammy-nominated recordings, was a founding member of the current incarnation of the Hollywood Bowl Orchestra, and as such has performed on countless film scores and movie soundtrack recordings, often as a featured soloist, for films that we have all seen.  His live and recorded performances have earned him high praise from the National Endowment for the Arts, Flute Talk magazine, The Los Angeles Times, and La Opinion (the largest Spanish-language daily in the US). 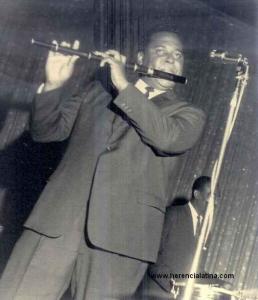 Danilo Lozano is the elder son of one of the most important historical figures in charanga and Cuban dance music.  José Calazán “Rolando” Lozano, a fighting 86-years young, was one of the first featured flutists with the longest continually-existing charanga, the legendary Orquesta Aragón.  Rolando Lozano performed on their seminal 1953 recordings, which transformed them from Cuban local stars to international celebrities, at the height of cha-cha-cha dance craze.  After leaving Cuba and Orquesta Aragón in 1954, his extraordinarily virtuosic performances in Mexico City’s Spanish-language movie industry, and his recordings in the US with the first American charanga (El Nuevo Ritmo de Cuba), and with other US charanga and Latin jazz artists established him as one of the most significant figures in the international development of charanga and Latin music.

Danilo’s own career as a flutist, ethnomusicologist, and educator have certainly done justice to his father’s legacy, but as a flutist, he is much more than just Rolando’s son.  His own recordings in classical and avant-garde music, commercial and Latin music, and even in jazz, show him to be a distinctive and versatile artist.  His own accomplishments as a teacher, an ethnomusicologist, and an academic show this mastery to be not only practical, but also intellectual. (He currently chairs the music department at Whittier College in Los Angeles.)

La Típica Antillana, released just a short time ago in late 2017, lay dormant for many years.  Recorded in 1981 and 1982, the recordings went missing for over three decades, and had virtually been given up for lost.  Once found, Danilo and his production team worked hard to bring the recording to light with as little delay as possible.  The result is an historical snapshot of the skill and breadth of the hardest-working band of the LA Latin music scene in the 1970’s and 80’s.  This family affair includes Danilo on flute, his multi-talented father on piano, his younger brother (also Rolando) on electric bass, and a star-studded line-up of Los Angeles’s most well-versed Latin musicians. 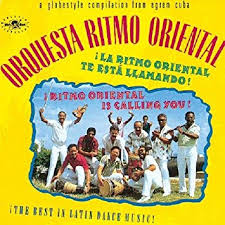 Like other musical genres that have a similarly-long historical trajectory, charanga has undergone stylistic transformations with both the passage of time, and with its transplantation to various regions (from Cuba to Mexico City, Chicago, New York, Miami, Los Angeles, and northern California).  Without going into too much charanga-aficionado detail, the sound of La Típica Antillana reflects many of the charanga arranging and compositional trends that came out of post-revolutionary Cuba, with clear influences of Ritmo Oriental, Orquesta Reve, and Los Van Van.  The group foreshadows the evolving west-coast style of Latin music arranging and recording, later strongly identified with other SoCal bands, such as Bongo-Logic (for whom Lozano was also a producer).  But even if you are not a charanga or Latin music fan, and all these terms and references mean nothing to you, there is still something on this album for every flutist to enjoy: Danilo Lozano’s extraordinary flute performance. 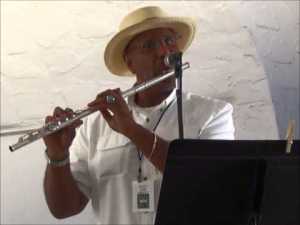 Charanga is an art form for highly-skilled flutists.  It demands pyrotechnical displays of third- and fourth-octave passagework and a fluent knowledge of melodic and rhythmic improvisation.  There is a very high expectation of virtuosity.  On this album, Danilo Lozano dazzles us with his complete mastery of traditional charanga style and technique.  In fact, although he recorded this album on the modern flute (he does play Cuban 5-key flute, but in 1981, use of modern flute was becoming more common), he has managed to replicate the timbre and feel of the Cuban charanga flute so much that it is indistinguishable.  On all tracks, he plays brilliantly, with a fiery technique that puts him in the same league of all the greats who came before him.  He is sometimes simple and economical, and sometimes virtuosic, with sparkling displays of double and quadruple time, rapid-fire double and triple tonguing, and, most importantly, an infectious sense of Latin swing.  Two tracks, Te Invita Guarachar and Miles de Flores, have a more modern touch to the arrangements; here, he plays with a bold, rich tone that has shades of the sweetness of the wood key flute, but also has hints of an emerging modern flute sound that is now characteristic of Latin flute style and strongly associated with the late Dave Valentin (a close friend of Lozano).

With 8 tracks, this album feels a bit short.  And after the passage of over 30 years, some of the participants are no longer playing.  But under the category of ‘Always Leave Them Wanting More,’ at the conclusion, we hope that Danilo Lozano and his cohorts will release a second album, and well before another 30 years have passed! 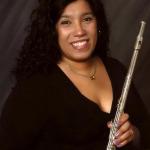 Performer, educator, scholar, Jessica Valiente holds a BA in music from the Manhattan School of Music, an MA in music performance from Queens College and a DMA in flute performance from the CUNY Graduate Center. She is a 2014-2015 recipient of the American Association of University Women (AAUW) American Dissertation Fellowship for her dissertation on the Cuban charanga in New York from 1960-2000. She has performed in numerous classical, jazz, experimental and Latin groups, but is best known as the musical director of Los Más Valientes. She recently took over from Peter Westbrook as chair of World Music for the National Flute Association.

Danilo Lozano appears on The Flute in Jazz: Window on World Music. Min. 5:45 to 6:50. He also gave a talk at Tedx in Boyle Heights: