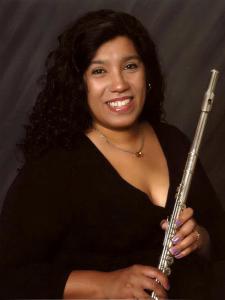 My first glance at Jessica Valiente’s program notes for her March 29 alumna recital at CUNY’s Baisley Powell Elebash Recital Hall in New York City took me aback as the first sentence read, “Christopher Willibald Gluck is included here, not because he is a French composer (he was actually Bohemian)”…for nowhere did the program say that the concert theme was French. I thought it was an error. My initial (and unimaginative) thought was that the Gluck piece would serve as the typical recital opener. Except that didn’t sound at all like Jessica Valiente. She usually doesn’t do what everyone else does; she always has a plan that’s different from everyone else. 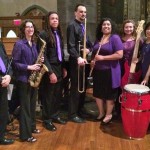 I’ve seen Valiente perform with her vibrant salsa/Latin jazz ensemble, Los Mas Valientes, and I’ve seen her deliver a fascinating lecture/performance about Native American flutes at the New York Public Library, in which she engaged with the audience and spoke about each flute (taking countless flutes out of a bag, as if she were the Mary Poppins of flutes). She engaged the audience so successfully that many stayed with questions, which she addressed with enthusiasm and thoroughness. I wasn’t sure if she could bring her natural effervescence to a traditional recital.

For as her program spun out, it was clear that Valiente, who earned her D.M.A. at CUNY (City University of New York) and whose repertory includes early and classical as well as jazz, Latin, and Brazilian music, had constructed a program with insights that cleverly wove French influence and insight with European and Latin music. This intelligently designed program reflected her unique perspectives, her personality, and her background – a thorough understanding of the classical repertory and its surprising relationship to the European/Latin/jazz world combined with musicality that is both vivacious and lovely. 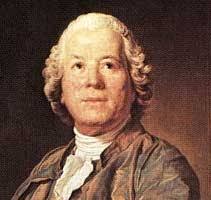 So, in retrospect, it seemed fitting to begin with Gluck’s Minuet and Dance of the Blessed Spirits from Orfeo ed Euridice, a lyrical foundation for what turned out to be a series of surprises that demanded stamina and clarity along with expert musicianship. Gluck’s long, languorous lines require sturdy breath control and delicate sensitivity; it’s a pretty brave opening piece! Noting in her program notes that French operatic style influenced Gluck, Valiente slyly implied the universality of that style signaled what lay ahead.

Yes, she had a plan. From this beginning, Valiente serenaded us with the rich cascades of Johannes Donjon’s Elegie from Etudes de Salon, composed approximately a half century after Orfeo ed Euridice. The young Donjon was discovering the possibilities of the newly invented Boehm system flute; Valiente produced cascades of notes and a ravishing sound, a sort of “wahoo, look what I can do” from the young composer. She then moved forward to the mid-twentieth century to the 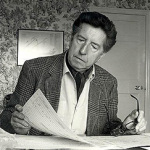 Sonatine for flute and piano by Henri Dutilleux, a lush piece that calls up influences of Debussy and Ravel (more of Ravel – but I also heard some early Stravinsky), also calling us back to the Gluck piece. Valiente’s playing here was delightful, contrasting the playful virtuosic sections with the more melancholic phrases. The rapport between Valiente and the recital’s excellent pianist, Barry Spatz, proved exceptional here.

The second half of the program produced a change of mood and a change of clothes (a less formal slack ensemble). Valiente began, as in the first half, with a non-French composer, the British Thomas Tompkins Wilby, who took the name Charles Le Thiere. There was also a change in instruments to the piccolo – for his Sylvia Scherzo, which Valiente played with clean articulation. She brought the flute back with the virtuosic and delightful Carnival of Venice Fantasy Variations for flute and piano by Paul-Agricole Génin, once again alternating with Mr. Spatz in a duet that was both entertaining and spectacular. 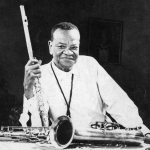 Valiente steered for home with Pixinguinha’s (Alfredo da Rocha Viana, Jr) French-influenced choro, Um a Zero. Her program note emphasized that choro is rooted in the European tradition “spun over a foundation of Afro-Brazilian rhythms,” which she showed us, clearly and vivaciously, in dancing tempos that proved a straight line right back to Gluck’s minuet (and probably easier for the audience to dance to! – as the choro is, as she put it, “a predecessor or cousin to the samba”).

As a memorial to Dave Valentin (1952-2017), Valiente played her last piece, Pedro Flores’ Obsesiόn, in a slower tempo than her former teacher would have. This was a lovely way of ending a concert both entertaining and intelligent – it brought us back to the mood of the Orfeo after touring a good part of the globe and returning home with the understanding that we’re all family. 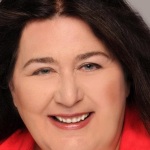 Mary Sheeran has performed as a singer (opera, musicals, recitals, cabaret) and as an actor. She is the author of two novels, Who Have the Power (the clash of 19th century mining and Native cultures in Nevada seen through the eyes of a musician) and Quest of the Sleeping Princess (an exploration of the mythic themes in George Balanchine’s ballets). She’s working like mad to finish her next novel.