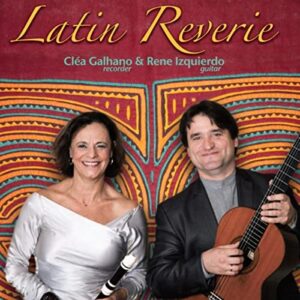 When we first started International Flute Journal, a primary goal was to expand horizons for musicians, particularly flutists. I never imagined the breadth and color and depth of the music that has subsequently flooded in to us from all parts of the world. Case in point: Brazilian recorder player Cléa Galhano, an internationally renowned performer of early, contemporary and Brazilian music whose work has come to my attention over the last couple of years.

To begin with, it has been a surprise to learn of the popularity of the recorder in Brazil, with top-class ensembles such as the Quinta Essentia Quartet  providing both a unique recorder-based approach to Brazilian music and a unique Brazilian sound to Baroque repertoire. (We are working on a feature about the recorder in Brazil which we hope to bring to you as soon as possible.)

Ms. Cléa Galhano has done something very similar, only she has also done it in the United States and Europe. While she began her studies in Brazil at Faculdade Santa Marcelina, she went on to the Royal Conservatory in The Hague, and from there to the New England Conservatory of Music in Boston. Since then, she has performed in the United States, Canada, South America and Europe as a chamber musician, collaborating with Dutch performers such as Marion Verbruggen, and Jacques Ogg, and as a featured soloist with such ensembles as the Saint Paul Chamber Orchestra, New World Symphony, Musical Offering and the Lyra Baroque Orchestra. She appears to consistently positive reviews at important venues, music festivals and recorder conferences, among them the Boston Early Music Festival, the Tage Alter Music Festival in Germany, the Wigmore Hall in London, Carnegie Hall and Merkin Hall, in New York and Palazzo Santa Croce in Rome, and the International Recorder Congresses in Leiden, Montréal and Portland, Oregon. She served for six years on the national board of the American Recorder Society, and is the Music Director of the Recorder Orchestra of the Midwest. Currently, she is a faculty member at Macalester College, Music Director of the Recorder Orchestra of the Midwest, and has being recently appointed Adjunct Lecturer at the Jacobs School of Music, Indiana University.

Ms. Galhano has a number of recordings available on Dorian, Ten Thousand Lakes and Eldorado labels. As mentioned, these fall into two categories, early music, or Baroque performance, and Brazilian music adapted to the recorder. Samples of these are provided at her website so the focus here is on her most recent CD, Latin Reverie, which finds her in duo with one artist with whom she has established herself, Cuban guitarist René Izquierdo, currently professor of classical guitar at Wisconsin State University in Milwaukee.

Galhano and Izquierdo ease us into this program with a familiar work, Ástor Piazzolla’s Libertango, and bring us towards its climax with his Ave Maria. In between, they present us with a series of pieces and suites by several contemporary South-American composers. It is immediately apparent that this repertoire works beautifully with the recorder. Of course, none of it was written for that instrument; Piazzolla was a master of the bandoneon and several of the featured composers, Pujol, Martin, Assad and Machado are guitarists. In addition, we cannot refer to this as Brazilian music; Cortes, Assad, Machado and Blauth are, or were, Brazilian but Piazzolla and Pujol are Argentinian, and Martin is from Cuba. Galhardo is from Brazil, via St. Paul Minnesota, Izquierdo from Cuba via Milwaukee. This is truly, as described, a Latin Reverie, but in an international form. The recorder lends it a timeless quality. 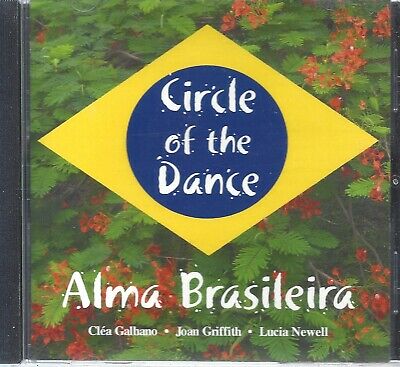 It is our fervent hope to bring our readers high quality courses and webinars on  Tango and Choro, Samba and Bossa, Salsa, Merengue, Joropo, Cumbia, Bachata . . . and the whole range of South American forms. For now, what Galhano and Izquierdo‘s work makes very clear is that these composers, along with Pixinguinha, Hermeto Pascoal, Luis Bonfa, Antonio Carlos Jobim and the many others displayed on this recording, as well as on Distribution of Flowers and Circle of the Dance, etc. represent a repertoire that we cannot overlook in our American and European conservatories. The repertoire here is chosen with great care and performed with great clarity and precision but also with passion. Several of the selections are presented as either samples or video performances on Ms. Galhado‘s website. I invite our readers to judge for themselves.

“Music is like breathing,” Sr. Izquierdo tells us. “Often we do not notice how essential it is.” I hope this work reminds us of that.