World Flutists Explore Cuban Music Traditions
April 20, 2018 (No Comments) by Peter Westbrook
[Editor’s note: It is our policy that the recordings we review should be quite recent. In this case, while some of these recordings have been available for over a year, the whole set represents something of an overview of Cuban music and so we are republishing them here] 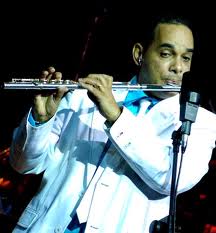 When exploring world music, there are a number of cultures that hold a special interest for flutists. One of these is Cuba, whose major genre, known as Charanga, has traditionally featured the flute as lead instrument. Five recent recordings by flutists draw upon the Charanga tradition to various degrees, and for their own artistic purposes.

Charanga is one of several genres that sprang up in the 19th century as a result of the interaction of European and African cultures in the clubs and dance halls of: Havana–Charanga, Rio de Janiero–Choro and Samba, Buenos AIres–Tango, and New Orleans–jazz. Continued interaction among them has produced further hybrid forms such as Bossa Nova, Nuevo Tango and what is loosely termed Cuban, or Afro-Cuban, Jazz. As hybrids from the outset, these forms continue to evolve, making the notion of authenticity something of a quagmire. Ironically, perhaps, the only Cuban performer represented here has produced a very progressive recording, while the American, Canadian and British contributions have explored some of the more traditional forms. 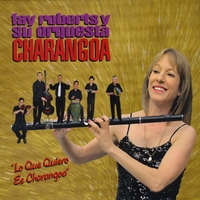 Perhaps the most traditional sound comes from Fay Roberts. A resident of Los Angeles, she became interested in Cuban music after hearing a legendary Latin jazz flutist from the United States. “I saw this flutist I’d met in New York, his name is Artie Webb, a wonderful flutist.” I just said, ‘That’s the most fun thing. That’s what I want to do.'” She soon found her way to Cuba where she found a most influential teacher, the legendary flutist Richard Egües known as la flauta mágica--the magic flute. Egües not only coached her as a flutist but helped her in planning an ensemble, the Orquesta Charangoa, which is still going strong after twelve years. Described variously as “L.A.’s most authentic Cuban dance group” and “the purest and most essential charanga organization in the US,” the group is modeled, as the name suggests, on the traditional Charanga instrumentation with a flute lead plus two violinists, piano, bass and half a dozen others handling percussion and vocals.

This is essentially dance music, built around Roberts’ arrangements of traditional Cuban danzon forms featuring her on the type of wooden instrument beloved of Cuban flutists in the equally-beloved third octave tessitura that floats high over the ensemble.

“It’s music for dancers,” says Roberts, “You’re participating with dancers, interacting with them.” Push back your furniture when you play this CD, you will want to join them. 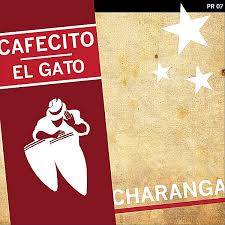 As a composer with a background in ethnomusicology, Janet has looked to a number of genres for inspiration, from contemporary chamber music to Javanese gamelan and wayang from Bali. For her foray into Cuban music, she has chosen the traditional instrumentation of the charanga francesca–flute, strings and rhythm section. For her lead flutist she has had to look no further than her husband Jan Steele 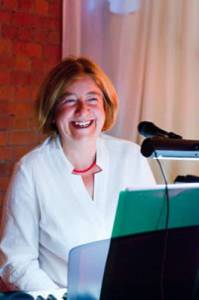 (http://www.jansteele-saxophone-lessons.co.uk). For repertoire, she mixes her original compositions with those by Cuban masters such as Facundo Rivero, Félix Reina and Jorge Zamora Montalvo, and adaptations of jazz classics by John Coltrane, Sidney Bechet, “Chano” Pozo and Jerome Kern. Sherbourne’s writing for the 9 piece ensemble is deft, incorporating the traditional charanga dance form of the danzȯn that was to evolve into the cha-cha-cha. And Steele’s flute work inhabits the heady, third octave tessitura, typical of charanga, with aplomb.

Overall, this set is similar to Roberts’, emphasizing the primary role of charanga as music for dancing. 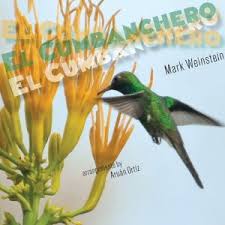 Mark Weinstein‘s approach is rather different, but equally compelling. A professor of philosophy from New Jersey, Weinstein has produced an impressive body of recordings for which he functions as musicologist as well as flutist and bandleader. Although he characterizes himself as a jazz artist, only three of his 17 CDs can be counted as straight-ahead jazz recordings. The rest all pit his flute against material and musicians from various world music genres, from West Africa, Brazil, Argentina, Cuba, Eastern Europe and the world of Jewish music. Not that he is aiming for some sort of ethnomusicological “authenticity.” Rather he is striving for a fusion of forms, in its truest sense, drawing on jazz’ proven ability to blend with other genres.

In his latest release, Weinstein, who is a member of the Flute Journal editorial board, returns to his Cuban roots, but with an emphasis on the use of strings, rather than the percussion centered approach of his earlier Cuban adventures. As with previous projects, he has brought in a collaborator familiar with the genre, in this case the brilliant Cuban arranger Aruán Ortiz. Working with string quartet and rhythm section, Ortiz creates a series of arrangements that evoke charanga while moving it beyond purely dance music into the concert realm, creating backdrops for improvisation from Weinstein on C, alto and bass flutes, along with Ortiz’ piano. Between them they not only move charanga into new areas, but also join other flutists, such as Anne Drummond and the Canadian Francois Richard, in advancing string writing in a jazz context. A remarkable recording! 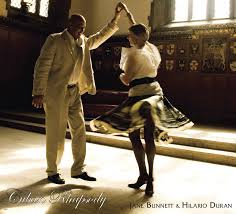 Flutist/soprano saxophonist Jane Bunnett is another artist who has been drawn to the music of Cuba from overseas. Visiting the island in 1982 (as a Canadian, entering Cuba is a lot easier for her than for US citizens), Jane and her husband, trumpeter Larry Cramer, were profoundly impressed by the music they encountered there. This led to extensive interaction with Cuban musicians, multiple subsequent visits to Cuba, and a series of award-winning albums which Bunnett has alternated with recordings of more traditional jazz genres. Like Weinstein, she has been able to create a rich variety of settings for her work from all the resources that Cuba offers–voices, pianists, percussion. 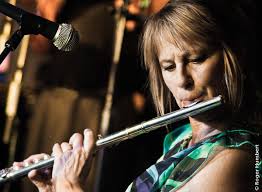 For Cuban Rhapsody, Bunnett has gone to another extreme and pulled off what is perhaps the hardest thing in any art form–to pare it down to its simplest, most essential level of expression. To accomplish this, she has called upon the talents of Cuban ex-patriot, fellow Toronto resident, and frequent collaborator, pianist Hilario Duran. Together, with Jane alternating between her flute and the lovely, supple sound of the soprano saxophone, they explore some of the great melodies from what we might call the Great Cuban Song Book. Their approach is what you might expect from two classically trained musicians who are also schooled in jazz and deeply immersed in Cuban music. Each piece receives a simple but free interpretation. They stay close to the melodies for the most part, although they are clearly not constrained by exact notation. Do not be deceived — the seeming simplicity conceals a profound artistry. The result can only be described as utterly charming from beginning to end. 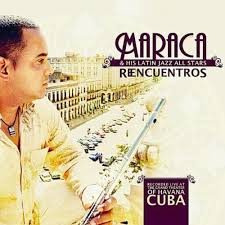 Where Bunnett is beguiling, Orlando ‘Maraca’ Valle is scintillating. This young lion of Cuban flute performance also has clear links to the past; along with Bunnett, his wife Céline, and Richard Egües, Maraca was part of the Havana Flute Summit on Bunnett’s landmark 1998 recording. Since then he has concertized in 41 countries, collaborated with artists from multiple genres, issued best-selling albums and won multiple awards, for composition and arranging as well for flute performance. His most recent recording, Reencuentros is a tour-de-force, combining all of Maraca’s talents to leap several genres in a single bound.

The album, which includes both a CD and a DVD, documents a concert at the Grand Theater of Havana which was sold out in two hours and which features Maraca with all-star Cuban and jazz performers plus the Orquesta de Cámara de La Habana (Havana Chamber Orchestra) under the direction of Iván del Prado. 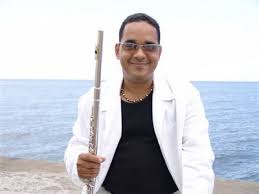 Beautifully shot and recorded, the concert flows through a series of Maraca’s compositions and arrangements that morph effortlessly from traditional Cuban forms, to Latin Jazz, to contemporary chamber music, featuring solos from Maraca along with several guest artists, including US tenor saxophonist David Sanchez and Japanese violinist Sayaka, with support from an excellent rhythm section.

Maraca’s virtuosic work on flute will be enough to interest flutists but everything about this music is engaging and an extraordinary testament to the depth and flexibility of the Cuban music tradition that continues to provide inspiration to musicians all over the world.

This article is adapted from the article originally printed in the Summer, 2013 issue of The Flutist Quarterly, the member magazine of the National Flute Association, and is used by permission.