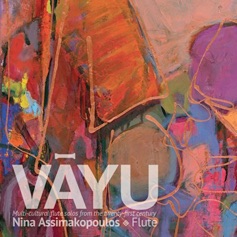 Currently flute professor at West Virginia University, Nina Assimakopoulos has built a reputation for technical mastery, expressive flair and imaginative repertoire choices. Following the thread that runs through the programming of her previous four recordings (available for review at www.ninaassimakopoulos.info under “Recordings”) leads her to the vision manifest in her most recent project named simply Vāyu.

The reference here is to Vāyu a Vedic deity known as Lord of the Winds but also the Sanskrit root referring to a blower or more generally the breath of life. Under this rubric Assimakopoulos has assembled a selection of “Multi-Cultural Flute Solos From the Twenty-First Century.” These reflect a variety of influences, cultural, historical and technical. She writes of the tendency of American musical culture “. . . to respond with increasing intensity to the influence of musical cultures from elsewhere in the world . . .” resulting in a tendency in her career to be “. . . engaged with compositions that blend elements from diverse traditions situated within modernist art music.” This has led her increasingly to focus on research that “. . . concerns the discovery and preparation of performances of a new repertoire for unaccompanied flute that draws upon a diversity of musical cultures from around the world, resulting in compositions that are hybrids of diverse musical styles and the practices associated with western art music.” These practices and this repertoire require “. . . mastery of performance practices that go beyond the conventional playing techniques of the instrument . . . known within the field as “extended techniques.” 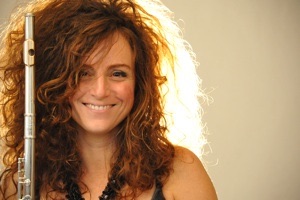 Assimakopoulos’ vision has led her to an ongoing research project of which this recording is but one component, albeit an essential one. In an almost breathtakingly bold stroke, she has undertaking to record 11 pieces for solo Western flute, written between 1960 and 2004, that run the entire gamut of modern composition and exemplifying her multi-cultural influences and the her resulting interest in the full range of extended techniques. She selects works by Robert Dick, Shirish Korde, Robert Aitken, Kazuo Fukushima, Ann La Berge, Maggi Payne, Katherine Hoover, Margaret Carlie-Kennedy, Will Offermans and Ian Clarke, five Americans, the others from Canada, England, India, Japan and the Netherlands. “I chose these compositions,” she writes, “because of the diversity of the musical traditions they embrace and the challenges they pose for the performer.” Indeed, these compositions reflect the diverse timbres capable on the modern Western flute, showcasing its ability to mimic sounds as ancient as those created by indigenous instruments and as modern as those associated with beat-boxing and electric guitar. 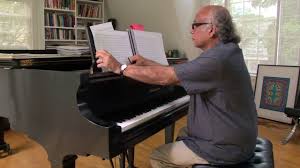 So comprehensive is this project, and so varied, that it is almost beyond the scope of a simple record review. The notes by Christopher Wilkinson, professor emeritus at WVU, help a lot by providing much-needed background for all these composers. As for the performances themselves, suffice to say that Assimakopoulos, drawing upon her prodigious skills of execution and imagination, has pulled off a tour de force that is virtually required listening for any flutist with an interest in this repertoire and/or in the techniques required to perform it.

An excerpt from Christopher Wilkinson’s notes: 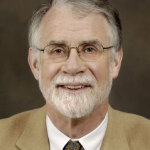 One perspective from which to view the history of western music is as a history of the evolution of its principal instruments. Their range of pitches has grown as composers challenged performers and instrument makers to enlarge the scope of their sound. The mechanics of instruments evolved as well, enabling greater facility and accuracy in moving about the instrument’s range. The flute, arguably the oldest instrument in human history, has also provided an important setting for such innovations, as performers enlarged its expressive potential over the centuries. In the twentieth century, certain flutists revealed the possibility of even newer sonorities. Based on their own curiosity as well as that of composers equally intrigued by the possibility of new timbres, they have assimilated sounds and performance practices originating both in nonwestern musical cultures in which flutes have played essential roles and in North American vernacular traditions. 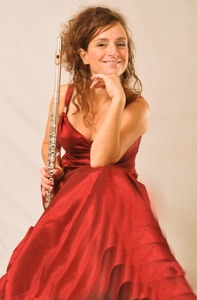 The repertory on this CD reflects the influence of a wide range of musical traditions as revealed in timbres and harmonies of decidedly novel character. Composers from Asia, Europe, and North America created the works included here. The diversity of their music reflects the wide range of musical cultures in which their musical imaginations were first formed. Several are themselves flutists and thus have an intimate acquaintance with the instrument and its sonic possibilities. Each of these works is perhaps best understood as a modern example of a genre of instrumental music prominent in nineteenth-century European art music: the character piece. As the name implies, such works have a distinctive affect that is embodied in a melodic idea presented prominently at the outset and developed over the course of the composition. Scattered throughout the scores of a number of these works are brief instructions to the performer (including novel fingerings) to facilitate the realization of the intended effect of a passage. These annotations are proof of the continuing evolution of the flute and the performance practice associated with it. So innovative are these approaches that performers may require guidance from the composer as to how to achieve the intended effect. Simply put, the music on this recording represents some of the most creative thinking about the expressive possibilities of the flute at the present time.

Review by Peter Westbrook, Ph.D. Editor-in-Chief www.flutejournal.com. It first appeared in Flutist Quarterly and is used by permission