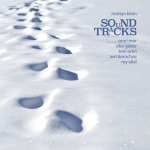 With CDs from Italy, Poland, a Londoner from Guyana and a Hungarian New Yorker in my review in-box, (and one of Flute Journal’s reviewers coming from Slovenia) it should not be news that the jazz flute community is expanding internationally. Now, in addition, here is confirmation that excellence in this genre is coming from worldwide sources.

Mattan Klein’s fourth recording, Sound Tracks, which is due for release in September, comes to us from Israel — conceived in Israel, sponsored in Israel, produced in Israel, recorded in Israel, featuring five fine Israeli musicians. True, after graduating from the Berklee School of Music in Boston, Klein spent 10 years in New York, where he produced two of his recordings, but he has been back in Israel since 2008. 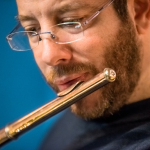 Klein is represented here as both flutist and composer, with seven of the eight compositions being his originals and the eighth his arrangement. Whether or not it was his intention (and whether it will withstand the modern tendency toward $.99 per track sampling) the recording gives the impression of a suite, with one piece flowing to the next. The style clearly belongs to the current generation of jazz artists, with just a hint of the sensibilities unique to Klein’s world — a touch of New York, a touch of Israel and a reflection of his deep interest in the music of Brazil. It is all integrated into his unique voice, however, one that restrains the use of chromaticism that goes along with this style to create the balance of elements that still evades many performers. 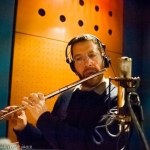 A similar balance of elements informs Klein’s style as a soloist, his statements unfolding organically from the composed sections. With a full-bodied sound, a broad melodic sense and a nimble harmonic one Klein is a soloist to watch. Guitarist Ofer Ganor and pianists Omri Mor and Tom Oren compliment Klein very nicely and the rhythm section of Avri Borochov, bass and Roy Oliel, drums provides support that pushes the soloists without ever becoming overbearing.

This is a very fine recording that grows on you after repeated listening. I hope Flute Journal readers will look for it. There are still barriers for foreign jazz artists to overcome, at least in the USA where residence in New York can be a significant advantage in Down Beat polls, even over West Coast artists. We can only hope that Klein receives the exposure he needs to make his new recording a success. It definitely deserves it.

Selections: 1. Used to be a Bossa 2. The Ritualist 3. Doors 4. The Lizard of Oz 5. Sort Of 6. Jinrikisha 7. An Umbrella For One 8. t&t All compositions by Mattan Klein except Jinrikisha by Joe Henderson

For a link to the album on iTunes see: http://www.helicon.co.il/goto/2ua