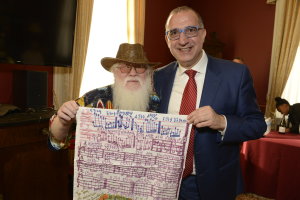 Even in the creative hothouse of Brazilian music, Hermeto Pascoal stands out as a particularly distinctive character. Affectionately known as O Bruxo (The Sorcerer), the ingenious composer and multi-instrumentalist has cultivated a dazzlingly rich musical universe that draws on folkloric styles like frevo, xaxado and forro, with elements of jazz, rock and other styles of music. On stage, Pascoal cuts a fantastical figure, with his translucent albino skin and flowing white hair. Rushing from instrument to instrument, he creates intricate tapestries of sound that hold together with a powerful internal logic. A prodigy on flute and accordion, Hermeto started performing professionally before his teens, playing dances and festivals around his hometown of Arapiraca. 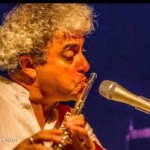 By the mid ’60s, Pascoal had formed a series of influential groups with percussionist Airto Moreira, including Sambrasa Trio and Quarteto Novo, which sought to reinterpret the styles of northeastern Brazil through a jazz sensibility. By the end of the decade he was performing and recording with Miles Davis and winning a cult following among luminaries like Gil Evans and Lyle Mays. Meanwhile, Airto became a legend as part of Chick Corea’s original Return to Forever in 1972. Flute Journal Editorial Board member Jovino Santos Neto has worked with Pascoal for several years as his pianist, flutist and musical director. 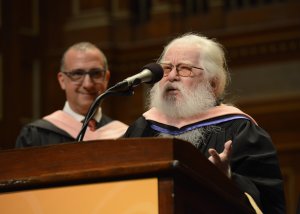 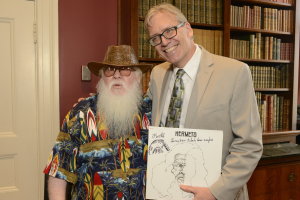