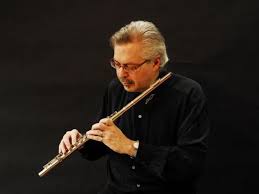 It as been over two years since we reviewed a recording by Toronto-based flutist Bill McBirnie. The album, Grain of Sand, was the seventh in a series of recordings, beginning in 1998, which have featured McBirnie’s flute in a variety of contexts – duos, trios, quartets, with pianists, organists, guitarists, vocalists . . . – and genres – jazz, rock, gospel, hip-hop and a variety of Latin, mainly Brazilian, forms  I ended the review “It will be intriguing to see what he comes up with next.” 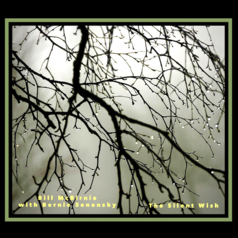 Well, now we know! For his eighth recording, The Silent Wish, McBirnie has chosen both a format and concept which are striking in their simplicity and honesty. He has recorded in a duo format before – pairing his flute with a pianist – but never throughout a whole album. Here he works with veteran pianist Bernie Senensky, a fellow resident of Toronto and a frequent musical partner over more than 15 years, in what is just about the most pared down format for jazz performance — in this case flute and piano. This format – the duo – is something we are seeing more of in recent years, often for purely economic reasons. But if the money is not sufficient to take a quartet into a club, you cannot simply forget about the bass player and drummer and continue as before. Without bass and drums the demands on the pianist are multiplied — providing fuller accompaniment to the soloist while soloing without accompaniment him (or her)self. Not every pianist is prepared for this. 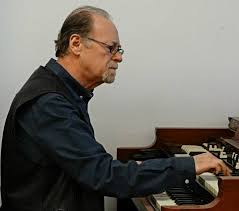 However, McBirnie is most fortunate in his partner here. Bernie Senensky has been a stalwart of the Toronto jazz scene for many years and is certainly schooled in the ways of the flute, having worked for many years with jazz flute pioneer Moe Koffman, later forming the Moe Koffman Tribute Band, (of which Bill McBirnie was a member). Here he gives a masterclass in jazz duo pianistics, to the point where we are hardly aware that we are not hearing a full quartet. His support for McBirnie’s flute is immaculate and his solos are brief but full, contributing substantially to the intelligence with which the whole date is approached. 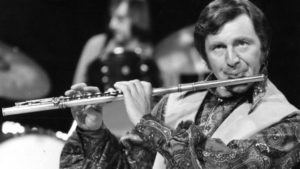 Then there is the programming of the recording. Choosing repertoire is always a critical component when planning a recording so, as a reviewer, one first looks for a theme that holds the program together; sometimes there is one, sometimes not. Here the theme is primarily a personal, rather than musical one; McBirnie has chosen 11 tunes based on the favorites of his wife Sveta. “This project came about,” he writes, “because Sveta had been asking me for years to record an album exclusively of tunes that she likes, because, she says, ‘tunes that I like, others will like also.’  . . .     At last I am honouring her request.” 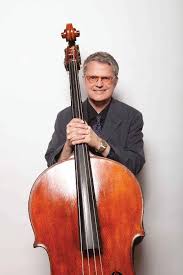 Sveta has excellent taste. Her favourites add up to a beautifully balanced program: jazz classics, some standards, some originals, three lovely ballads and some Bossa Novas. McBirnie’s own original Away From Home, is given a gorgeous reading on alto flute, the late Charlie Haden reminds us with First Song that he was a fine composer as well as bassist, and we never forgot the brilliance of Michel Legrand.  Prominent Brazilian-born but Toronto-based musicians Louis Simão and Michele Mele contribute lovely Bossa Novas to put alongside others from Luis Bonfa, Djalma Ferreira and Paulinho da Viola. Then the McBirnies have the chutzpah to include Kenny Dorham’s Blue Bossa which has the reputation of being overdone as it has appeared in every jam session in America for years until you realise that this is because it is a bloody good tune – especially for flute! I haven’t heard My Heart Belongs to Daddy since Gerry Mulligan did it in the 1960s and I have never come across No Moon at All before. To cap it all, Black Orpheus is my wife’s favorite also! It is a lovely program and I have been playing along with the recording with great enjoyment while adding several of these pieces to my own set list. 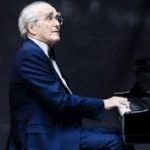 Speaking of taste and balance brings me to McBirnie‘s flute. There is something truly essential about his approach to jazz. Somehow, he has found the true mainstream of this music which he then executes with flawless technique and great spirit. I cannot do better than to repeat myself from the Grain of Sand Review: ” I have always admired his great technical facility, as well as his harmonic and melodic clarity . . . (and) his seemingly effortless inventiveness.” Well, it is all still there. No tricks (other than a little tasteful overdubbing on a couple of tracks), no gimmicks, no extended techniques. no political agenda, not edgy, not too loud, just lovely melodies and rich harmonies played with the consummate artistry that has made him a Haynes artist and special jazz consultant for Sir. James Galway‘s website. 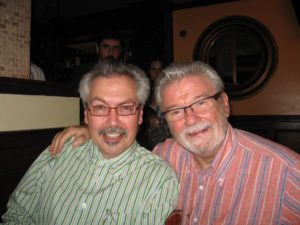 After eight recordings there is no doubt that Bill McBirnie should be better known. As I mentioned recently while reviewing Lori Bell’s Brooklyn Dreaming CD, the Downbeat Magazine polls still “. . . seem skewed towards New York and Chicago based artists.” This excludes Lori Bell as she is from California. Imagine McBirnie’s plight; never mind Chicago or New York he is not even American! He rarely leaves Toronto. Nevertheless, if you are at all interested in the flute in jazz, his most recent offering belongs in your collection.

Available from CD Baby or iTunes