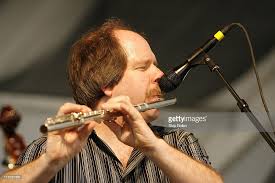 Bart Platteau is unique among jazz flutists for a number of reasons, most significantly because he is the only one we know who performs almost exclusively — 90% of the time — on the Flute d’Amore, pitched in Bb. Ideal for jazz playing, avoiding the potential shrillness of the concert flute and the projection problems of the alto, the Bb instrument ( a version is also available in A) still has problems catching on.

A full feature on the Flute d’Amore, in both classical and jazz performance, is due to appear shortly at Flute Journal. In the meantime, Bart Platteau recently returned from a tour of Canada with a sextet under the leadership of his partner, pianist Amina Figarova. Further visits to Alaska and South Africa are scheduled. (Figarova-Tour)

Originally from Belgium, Bart Platteau studied at the Brussels Conservatory, and earned his masters in Jazz Performance at the Rotterdam Conservatory, including one semester at the Berklee College of Music where he met pianist/composer Amina Figarova who became his partner. He has since managed, toured and recorded extensively with her sextet. After several years as the primary teacher for jazz flute performance at the Rotterdam Conservatory as well as at the Roosendaalse Music school in the Netherlands, Platteau moved to New York and has continued to play concerts all over Europe, North and South America, the Middle East,  Indonesia, Malaysia and South Africa. 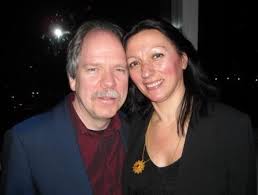 Born in Baku, Azerbaijan, Amina Figarova studied to be a classical concert pianist as a child until she entered the Rotterdam Conservatory to pursue jazz, coming to the United State in 1989 to complete her formal education at Boston’s Berklee College of Music, After more than a decade of bookings in major U.S. jazz clubs, concert halls and festivals, the Amina and Bart moved permanently to the United States and now reside in Manhattan.

Amina’s compositions Pictures and The Traveler were commissioned by Jazz from Lincoln Center for its 2014-15 New Jazz Standards series.

A review of their tour and their most recent recording, Blue Whisper, will appear shortly.

More on Bart and Amina