When we started International Flute Journal it was with certain goals in mind, not so much about commercial success, (although that wouldn’t hurt!) but about helping to influence musicians – flutists primarily – in a particular direction. Having introduced World Music into the National Flute Association, it does not take much to guess the direction I had in mind, although it took the form of “expanding horizons” and applied to all genres that involve the flute, i.e. all genres. Then I came across this quote from Nigel Kennedy at the BBC: 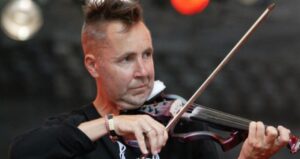 “Having been born in this kind of musical age, you hear many different kinds of music than one used to, maybe even 50 years ago. So it’s going to be necessary for musicians, if they want to call themselves complete musicians, to be involved with more than one kind of music.” (Emphasis mine.)

This greatly supported our vision, with the idea that there is, perhaps, something special about many flutists that would enable them to provide leadership in this direction. Thus, communicating and interacting with so many flutists over the last seven years has been especially rewarding, particularly when we encountered musicians that embodied this vision. Anette Maiburg is just one of these individuals, and her most recent recording, Metamorphosen, exemplifies it. You will forgive me if we quote from Ms. Maiburg’s website:

“Whether Anette Maiburg is infusing classical soundscapes with glowing lyricism, luxuriating in the melancholy of a French chanson or swaying with dance-like suppleness in samba rhythm, her flute always sounds exciting, sensuous and colourful. Anette Maiburg is an elegant soloist and sensitive ensemble player and thus a virtuoso on her instrument but more besides. She is a true artist with a zest for experimentation, who moves with the surefootedness of a sleepwalker across the boundaries of genre and style.”

The artist in question here, I hasten to add, is actually The Maiburg Ensemble, consisting of Anette, on flute, plus pianist Pascal Schweren, double bassist Matthias Hacker and percussionist Fethi Ak. Their approach very much mirrors the attitude that Maiburg used to develop her Classica Series, through which she developed performances of music from France, Spain, Brazil, Venezuela, Cuba and Argentina, but not seeking an ethnomusicology based “authenticity.” Rather, it is a collaborative approach, with Anette blending her classical roots with the indigenous repertoire from these various cultures to produce a hybrid, but one with great integrity and its own identity. We only reviewed one of this series. I wish we could do more. 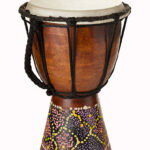 Now the Maiburg Ensemble has produced something similar, but with a different blend of  cultures and repertoire. While Ms. Maiburg comes from an essentially classical background — she has spent time as principal flute of several orchestras, taught at two significant conservatories, and now occupies much of her time as artistic director of the Lower Rhine Music Festival in North Rhine-Westphalia — her pianist Pascal Schweren comes from both a classical and a jazz background, Matthias Hacker studied jazz in Arnhem, the Netherlands, and at the New School of Music in New York, and percussionist Fethi Ak, one of the most virtuoso darbuka players in Germany, “belongs to the world music scene.” 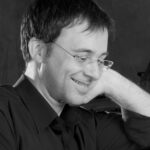 In each case, the piece selected has been adapted to the ensemble, its instrumentation and its musical intentions, but with such subtlety and care that, somehow, the music perfectly fits the personality of these four musicians without losing that of the composer. One can only attribute this to the integrity and skill of the arrangers, who include Ms. Maiburg herself

Each piece exhibits a different flavour. Bartok adopts a certain unexpected gaity, Märuntel and Jocul cu bata, for example, lurch in the direction of jazz but pull back from that brink, while Braul retains a balletic feeling. As on the Classica recordings, in places where a more specialised feel is called for, here in the jazz vein, Maiburg is content to give solo space to her colleagues, then coming back for the theme restatement and just a little bit more. In other places, the flute is front and center, as in Püargā romäneascã, until the percussion enters, then the feeling shifts, but then it shifts again for the flute’s return. Buciumeana adds percussion yet retains its lyricism. Buciumeana  is briefly Eastern European while Pe Loc ventures further East momentarily until it finds itself in Manhattan? Or is it Istanbul? Ravel and Debussy adapt well to this treatment, but, surprisingly, so do Chopin and Mendelssohn — even Mahler. For the Rachmaninoff Vocalise, the main theme receives a straight statement with just flute and piano (particularly evocative for me as I have been working on Chris Potter‘s alto flute arrangement) until it is adapted ever so slightly to a more rhythmic feel as her “rhythm section” enters, culminating in a lengthy percussion exposition. Out of character, yet somehow appropriate, ending as something quite different than the way it started. Beautiful, but mystifying. 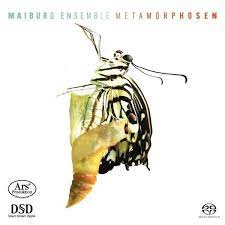 There are more unexpected surprises and delights throughout this recording, more than I can describe. Deft arrangements are given faultless readings, beautifully recorded. Best to just buy it.